By Dan Ambrose: Ryan Garcia says that he will be fighting lightweight world champion Vasiliy Lomachenko sooner or later. Garcia (20-0, 17 KOs) isn’t sure when the two of them will meet up, but when they do, he believes he’ll beat him.

With the 32-year-old Lomachenko (14-1, 10 KOs) already beginning to show signs of aging, he’ll likely be an easy mark for Ryan in three to four years. Ryan’s promoters at Golden Boy Promotions can’t be expected to let their star in the making face Lomachenko while he’s still close to his prime.

Garcia needs to win a world title before he starts thinking about a fight with Lomachenko. The young Kingry Ryan wants to challenge WBA ‘regular’ lightweight champion Gervonta ‘Tank’ Davis (23-0, 22 KOs) this year. If Ryan can take his title, then perhaps Golden Boy might give him the go-ahead to battle Lomachhenko if he’s still fighting at 135.

Lomachenko has a crucial unification clash coming up against IBF lightweight champion Teofimo Lopez (15-0, 12 KOs) when boxing starts back up. The winner of that fight will possess all four of the 135-pound titles in the weight class. Lomachenko is still on the fence about whether he’ll remain at 135 or move back down to 130.

It looks like Lomachenko is starting to understand that he can make more money by staying at lightweight to take on Ryan, Tank Davis, and Devin Haney. The super featherweight has talented fighters, but they’re not as popular as Davis, Haney, and Ryan Garcia. 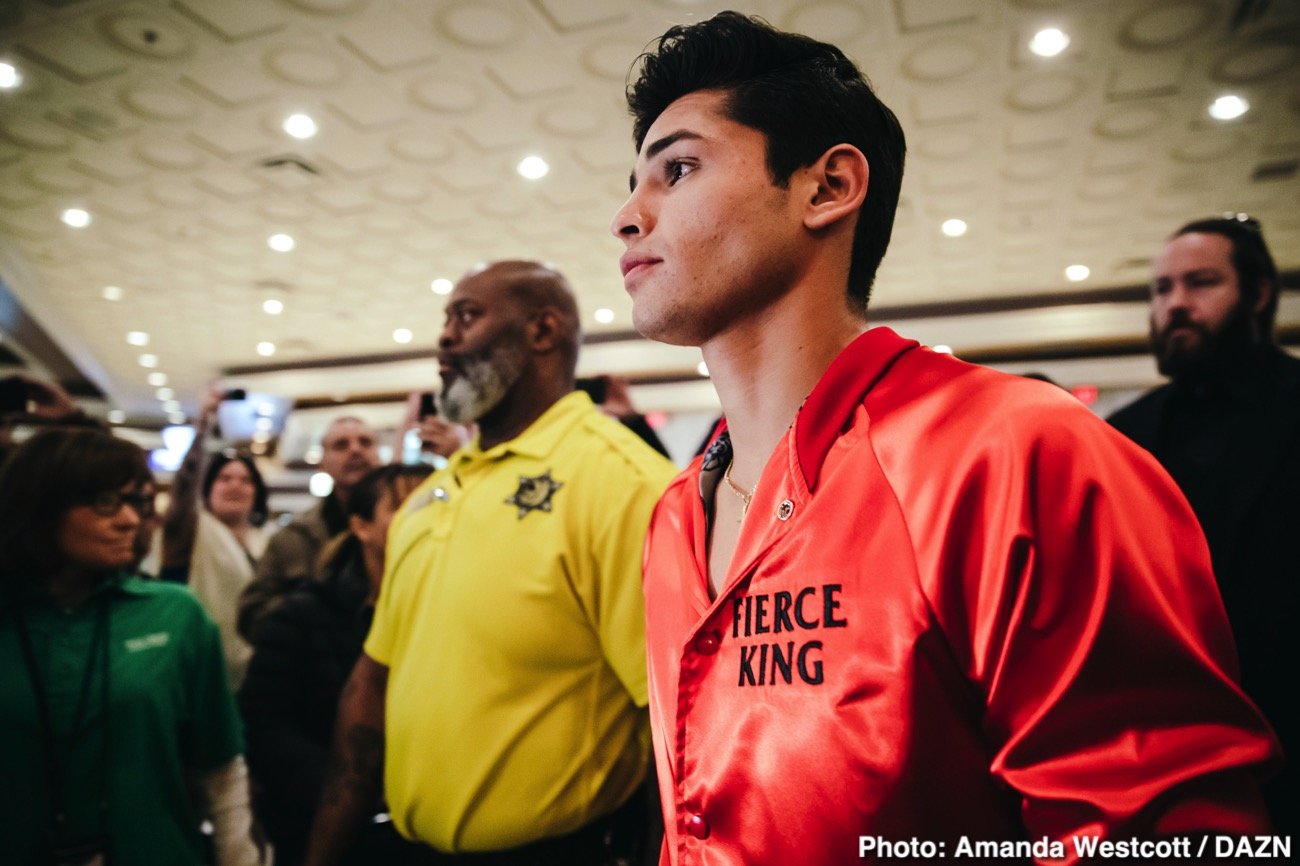 Ryan Garcia will be confident against Lomachenko

“I still have no idea when my next fight is happening,” said Ryan Garcia to Fighthype. “A fight with Lomachenko, it can happen soon, or it can happen later. Either way, I have a lot of respect for Lomachenko. He’s a very skilled fighter, and he’s dedicated himself to boxing.

The way that Golden Boy likes to wait until the perfect time to match their famous fighters against dangerous opposition, it’s logical to assume that Ryan won’t take on Lomachenko until 2023 or 2024 at the earliest. By that time, Lomachenko will be 35 or 36, and won’t be the guy he is today.

Even now, Lomachenko is starting to look he’s on the slide, but in another three to four years, it’ll be plain to see. It would make Ryan look courageous if he took on Lomachenko now before he’s entirely shot, but I don’t expect that to happen. We’ll probably see this play out the same way that the Canelo Alvarez vs. Gennadiy Golovkin did.

Canelo didn’t fight Golovkin until he was 35-years-old. And then when it looked like Canelo lost that fight, he waited a year to face GGG in a rematch when he was 36. After winning a controversial decision over Golovkin, Canelo could be facing him two years later in 2020. 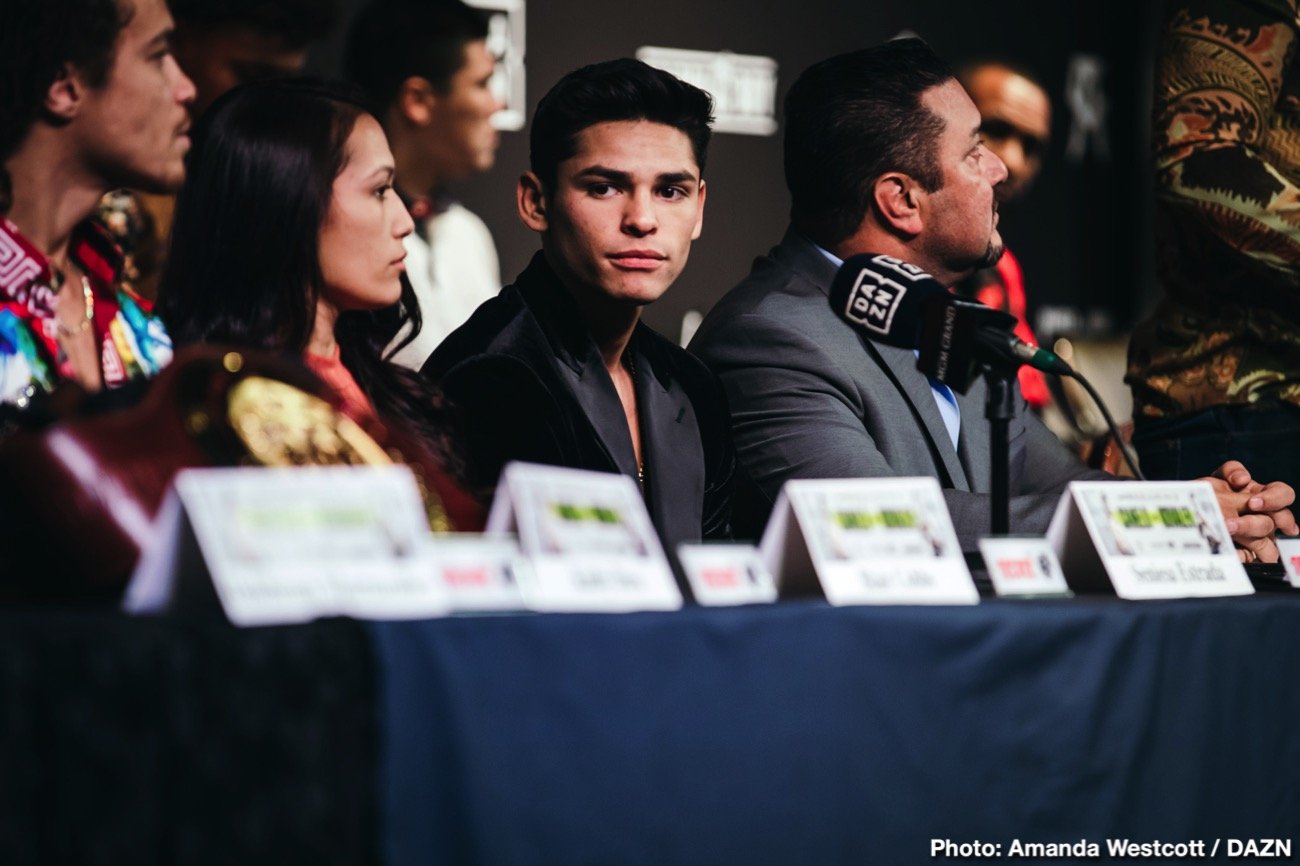 “And I don’t want to keep saying it, but I do want to fight the guy that you want me to fight,” said Garcia on Gervonta Davis. “No disrespect on him, but knowing I have so much to give for the sport, and I’m ready to take over and ready to show everybody and how good I am and what level I’m taking it to. I just want to be the best,” said Ryan.

“Everybody puts so much s*** on me. They don’t understand that I want to be best. It’s my job. When I was coming up, I had doubts, ‘Can I really do this in boxing?’ You get thoughts like that. ‘Can I really do this.?’ The best way to test that theory is to give it all you’ve got,” said Garcia.

The fight between Ryan and Tank Davis is one that the boxing world wants to see, but it’s one of those matches that will need to marinate. Ryan is getting everyone’s hopes up by talking about the Tank Davis so often, and it’s too early.

What Ryan should be doing is talking about his next likely opponent, which is believed to be Jorge Linares. It’s not as glamourous for Ryan to speak of wanting to fight the 34-year-old former three-division world champion Linares, but that’s the guy that he has the best shot of facing next. 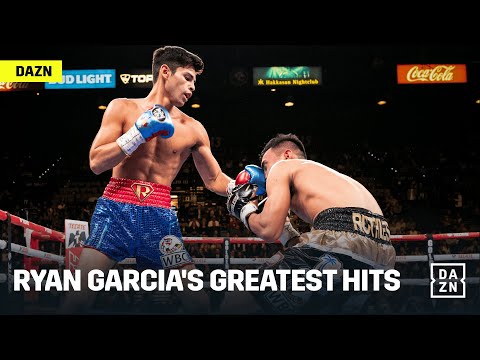 Joe Calzaghe reacts to Carl Froch’s challenge for a fight »