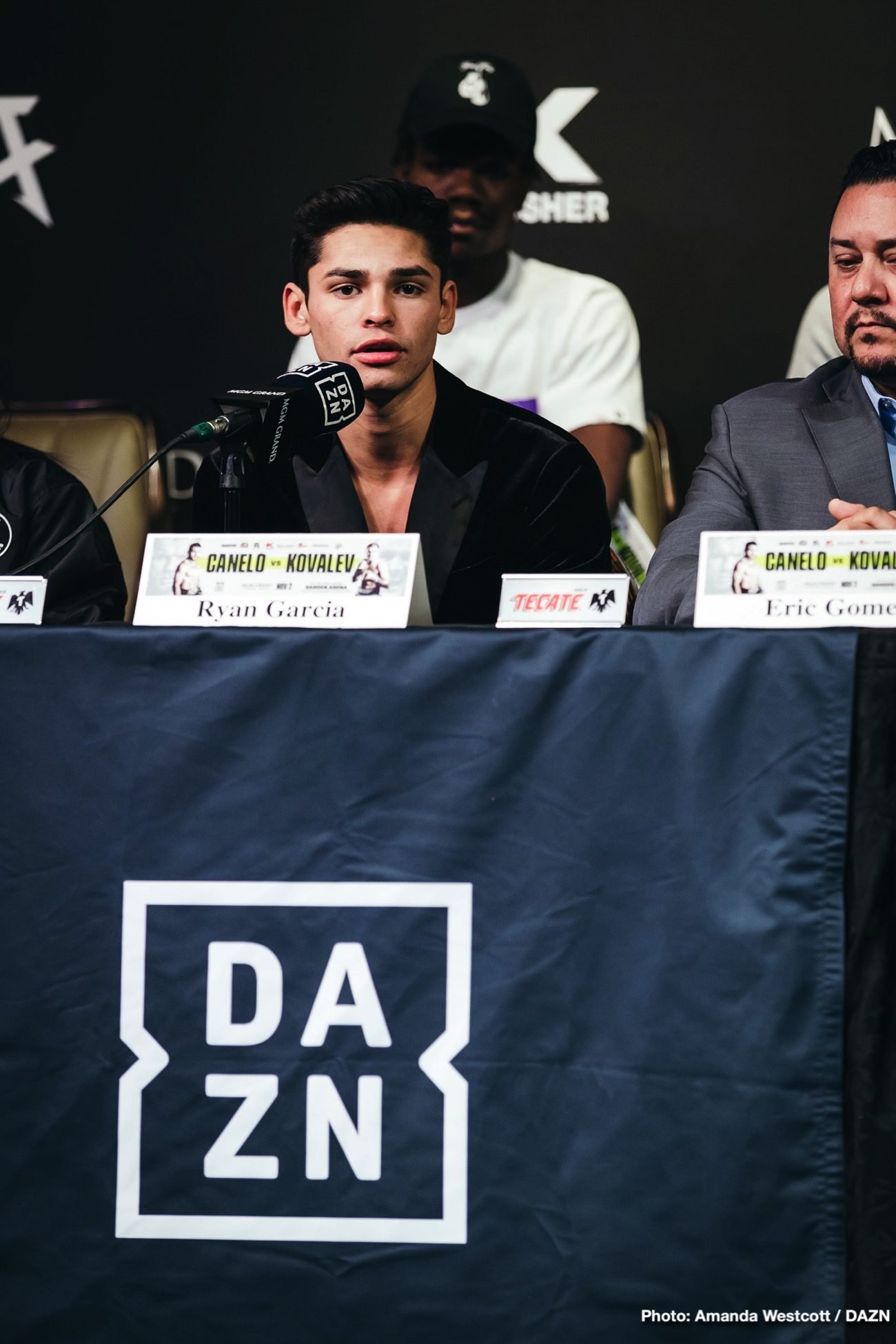 By Dan Ambrose: Trainer Eddy Reynoso wants the 21-year-old Ryan ‘Kingry’ Garcia to pick up more experience before he challenges the top dogs at lightweight. Garcia is still green and in need of experience, according to Reynoso.

The likely cause of Ryan’s runaway ego is the weak match-making that his promoters at Golden Boy Promotions have done for him in the last two years. They’re putting Ryan in with fighters that are bottom fringe level guys, and he’s mowing them down one after another.

Instead of Ryan understanding that he’s fighting fodder level opponents, he has the impression that he’s beating the best. That’s not the case obviously, and heading for trouble with his urgency to fight Tank Davis, Haney, and Vasily Lomachenko.

Ryan won the vacant WBC Silver lightweight title with a first-round knockout win over Romero Duno on November 2 last year in Las Vegas. The victory moved Ryan to #3 in the World Boxing Council’s rankings at lightweight. 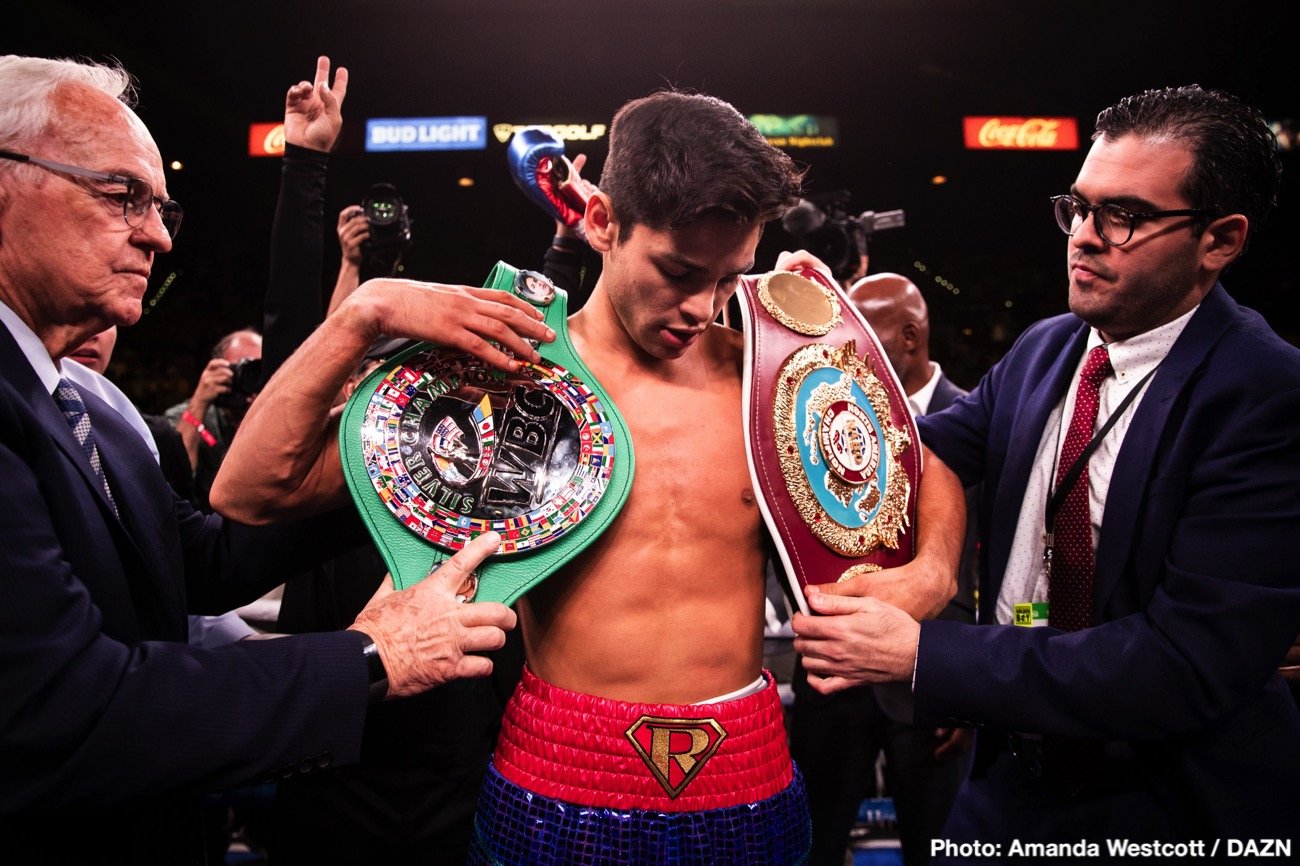 “I would like a couple more fights, in the last three fights we have fought four rounds, he needs to learn more,” said Reynoso to ESPN Deportes on Ryan Garcia.

“We are missing two or three fights, not because he cannot beat him right now, he can beat anyone, above the ring he can beat a champion, but to get more possibilities, more set in terms of learning and training, he lacks a little more experience and let’s see if this year can be done.

Golden Boy Promotions wants to match Ryan against Jorge Linares, but the pandemic stopped their plans in making that fight happen. Although the 34-year-old Linares isn’t the fighter he once was, he’s still a formidable opponent for Ryan.

Linares is a colossal threat to Ryan Garcia

You can argue that Linares would beat all 20 of Ryan’s past opponents, and arrive with a similar 20-0 record as him. Linares isn’t a shot fighter, and there’s a definite possibility of him beating young Ryan.

Henry Garcia, the trainer/dad of Ryan, is openly critical of Linares as a future opponent for him. Henry thinks Ryan won’t get credit for beating Linares due to his age. Is Henry worried about the threat that Linares presents to Ryan?

It wouldn’t be a big deal for Ryan to bypass the Linares fight if he fought a contender with more talent than him, but he hasn’t done that in the past. The fighters that Ryan has faced in his four-year professional career are guys that Linares would outbox and defeat.

Several talented lightweights can give Ryan the experience he needs to prepare for Tank Davis and Haney. As long as Ryan’s father doesn’t block a fight with Linares, he would be an excellent option for him. Beyond him, fighters like Javier Fortuna, Luke Campbell, Yuriorkis Gamboa, and Lee Selby are unique options.

The lightweight has only a small handful of talented fighters that can help Ryan improve. What he should be looking at is facing the top contenders from the 130 and 140-lb division to give him experience. Unfortunately, the 135-lb division has too few quality fighters for Ryan to gain much from fighting them.

These are the fighters Ryan should face to prepare for lions at lightweight:

Those fighters would prepare Ryan to face anyone in the lightweight division, even Lomachenko. There would be a chance that Ryan loses to some of those fighters, but he would ultimately gain from experience. Sharing the ring with Berchelt would allow Ryan to discover how much he needs to improve before he’s ready to face the upper elite at 135.

Can Ryan Garcia beat Berchelt, Oscar Valdez, or Shakur Stevenson? This writer gives very little chance of defeating those talented fighters. That’s not a knock on Ryan. He’s an excellent fighter, but, as Reynoso says, he lacks the experience needed to be the best. Ryan is still seen as a social media star by fans as opposed to being the real thing. 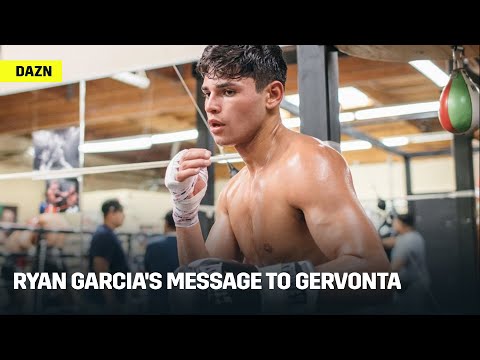