By Scott Gilfoid: ‘Big’ George Foreman is giving Deontay Wilder a heck of a shot of beating Tyson Fury in their trilogy fight. Foreman had a conversation with the former WBC heavyweight champion Wilder (42-1-1, 41 KOs), and he likes his chances of taking his title back from a badly overconfident Fury (30-0-1, 21 KOs).

Fury’s ego is unchecked, and he’s liable to make a big mistake when he gets inside the ring with Wilder for their third encounter in October.

Wilder will need to wait a little longer for his chance to avenge his loss to Fury after their July trilogy match needed to be postponed until October.

Former heavyweight champion Foreman met with the same problems that Wilder is dealing with against Fury. In 1974, Foreman lost to Muhammad Ali by an 8th round knockout. Heading into that match, the younger fighter Foreman was supposed to crush the 32-year-old Ali. Surprisingly, Ali wore Foreman down with his rope-a-dope tactic and stopped him in the eighth.

Wilder can beat Fury with ease next time

“I was in a position where I lost unexpectedly with the title in Africa. Only I know what he’s going through,” said Foreman to The Sun on Wilder’s loss to Fury. “He’s going to have to live with [the loss to Tyson Fury], but I can show him how to live with that and come back better. We talked a lot on those lines.

“Not only beat him, [Wilder] can do it easily. Give him another chance. He’ll show you,” said Foreman.

While most boxing fans will laugh at Foreman’s prediction of a victory for Wilder, you can’t rule it out. Whatever mistakes made in the second fight, he’s not going to repeat them for the third match with the 6’9″ Fury.

Wilder’s legs won’t be weak, and he won’t have that same detached look that he had after entering the ring to face Fury last February.

The Wilder that fought Fury in their first fight in 2018 will be real trouble for the British heavyweight. It matters little that Fury will outbox him for long stretches, as he did in the first clash two years ago. What matters is Wilder lands that right hand that can erase Fury’s advantages with one stroke.

Fury’s confidence is now at an unhealthy state where he no longer recognizes the chance of him losing. When a fighter gets to the stage where Fury is at in terms of their ego, it’s only a matter of time before they fail.

Going into the third fight, Fury will be looking past Wilder towards a clash against Anthony Joshua, and he won’t have his focus on ‘The Bronze Bomber’ the way he should. That’s terrible news for Fury because his chin isn’t the strongest in the heavyweight division, and he’s still a little more than a slapper at best.

“Let’s talk more about Tyson Fury, who continues to get a lot of attention in the aftermath of the Deontay Wilder fight,” said Chris Mannix to DAZN. “Fury seems hugely confident about his third fight with Deontay Wilder that is scheduled to take place sometime in October.

“Fury said he is ‘never going to get tired of beating Deontay Wilder.’ So I ask you this, is Tyson Fury too confident going into this third fight?”

“He should be confident because he outboxed Deontay Wilder in the first time, and he stopped him in the second time,” said Sergio Mora. “It’s only going to get worse for Deontay Wilder. So, of course, he has his number. That’s where the confidence comes from.

“We already know Tyson Fury has the swag and the ability to not only outbox Deontay Wilder and outright him. So, of course, he has his number. There’s a good reason for him to be confident, and I just think it’s going to be worse the third time around.,” said Mora about Wilder.

When they eventually meet in the trilogy, Fury is going to in all probability bum rush like he did last February. When that happens, Wilder will be ready to meet his attack with right-hand power shots. That’s going to get interesting. Last time they fought, Wilder threw several right hands that had knockout written all over them.

The shots were the equivalent to a 70-mile in diameter asteroid strike. Fury just barely moved his head out of the way of Wilder’s potentially fight-ending right hands. Had those shots landed, Fury would have been on the canvas for sure.

Wilder has more time to prepare for Fury

“I don’t think it’s going to be worse necessarily,” said Mannix in talking of Wilder’s chances in the third bout with Fury. “I don’t think that’s a forgone conclusion at this point because Deontay Wilder benefits greatly from the fact that this fight is being pushed to October.

‘He’s going to get five, maybe six months to completely relax and reset his body completely, reset his mind completely, and then go into a full training camp for this fight. Let’s not act like Tyson Fury is this unbeatable fighter. Deontay Wilder, that power is not going anywhere; it’s still going to be present in that next fight.

“Yes, I make Tyson Fury the favorite based on what I saw in February, but if you’re not careful, Deontay Wilder will catch you with that big punch, and Fury has not shown the greatest of chins at times. Are you going to sit there and tell me that Deontay Wilder has no chance of winning that third fight?” said Mannix.

The added time that Wilder has to prepare for the third fight with Fury will benefit him immensely, as he can now plan his strategy for how he’s going to deal with his attacks.

There’s no secret to what Fury will do in the third fight. He’s going to go back to what he did in the second fight with Deontay. When you know what a fighter is going to do, it makes it easy to deal with them.

There’s no chance that Fury will box Wilder in the third fight because his trainer Sugar Hill Steward assistant trainer Andy Lee, will assume that the previous game plan will work. As the saying goes, ‘Old ideas die hard.’

Does Fury have Wilder’s number?

“No, he has power. Of course, he has a chance,” said Mora of Wilder. “You have t be careful crossing the street, and you have to be careful doing everything. But when you have someone’s number, it’s not only business; it’s a pleasure. Tyson Fury has gotten to that already.

“He’s taken care of business the first two times. Now it’s just pleasure, and getting another check in a mega-fight. There’s nothing he has to do other than to avoid that right hand of Deontay Wilder, which is the easiest thing to do when you’re a boxer if you’re just looking out for one punch.”

“The easiest thing to do if you’re a boxer?” said Mannix in responding to Mora’s comment about how easy it is for Fury to avoid Wilder’s right hand. “Nobody besides Tyson Fury has been able to do that in Deontay Wilder’s career.

“I can’t believe I’m the one sitting here giving the defense of Deontay Wilder. I’ve been a critic of Deontay Wilder in the past, but I think you’ve been dramatically underestimating his chances of winning this third fight.

Given that Fury arguably lost the first fight with Wilder, you can’t say that he has his number. The reason Fury won the second fight is because he hurt Wilder with a rabbit shot early on. Fury then continued to clobber with rabbit shots to the back of Wilder’s head until the fight got stopped in the 7th.

I lost track of all the shots that Fury hit Wilder with punches to the back of his head. After I ran out of fingers to count them with, I gave up. Wilder even tried to hit Fury back with some rabbit shots of his own, but he wasn’t as skillful in that department.

Fury could walk into one of Wilder’s right hands

“That power is legitimate. That power has flattened good opponents like Dominic Breazeale, like Luis Ortiz, twice in two fights. Tyson Fury is an excellent fighter, and he is the favorite in the third fight, but he walks into that right hand just as easily as anyone else. If he does, it can be lights out for Tyson Fury,” said Mannix.

“Look, how many rematches have you been in?” said Mora. “I’ve been in four personally, but I’ve never been in a trilogy. The rematch is always different from the first fight, and by the time the third fight gets around, it’s already over with in the rubber match.

“You already know what to expect. So unless the first two fights are really good and competitive like GGG and Canelo, we know what to expect in the third fight. Wilder is NOT going to beat Fury unless he catches him with that one big punch. Should Fury fear it? No. Should he respect it? Yes, it’s a big difference,” said Mora.

Fury certainly can walk into one of Wilder’s right hands. That’s what Gilfoid is expecting will happen in the third bout. ‘The Gypsy King’ Fury will put his foot down on the throttle and get stuck in that position until he gets caught with a big right hand.

Fury is drunk on power right now, and he’s going to proceed with caution in this fight.

Fury is so confident after his win over Wilder that his feet are no longer touching the ground. He’s stuck on the image of his success last February and not recognizing that he got lucky on the night. 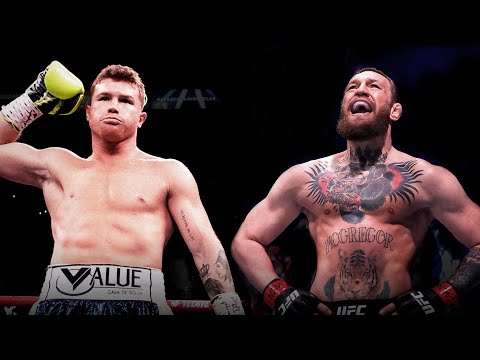 Whyte: Joshua should fight me, Pulev is half-vegetable, half-man »