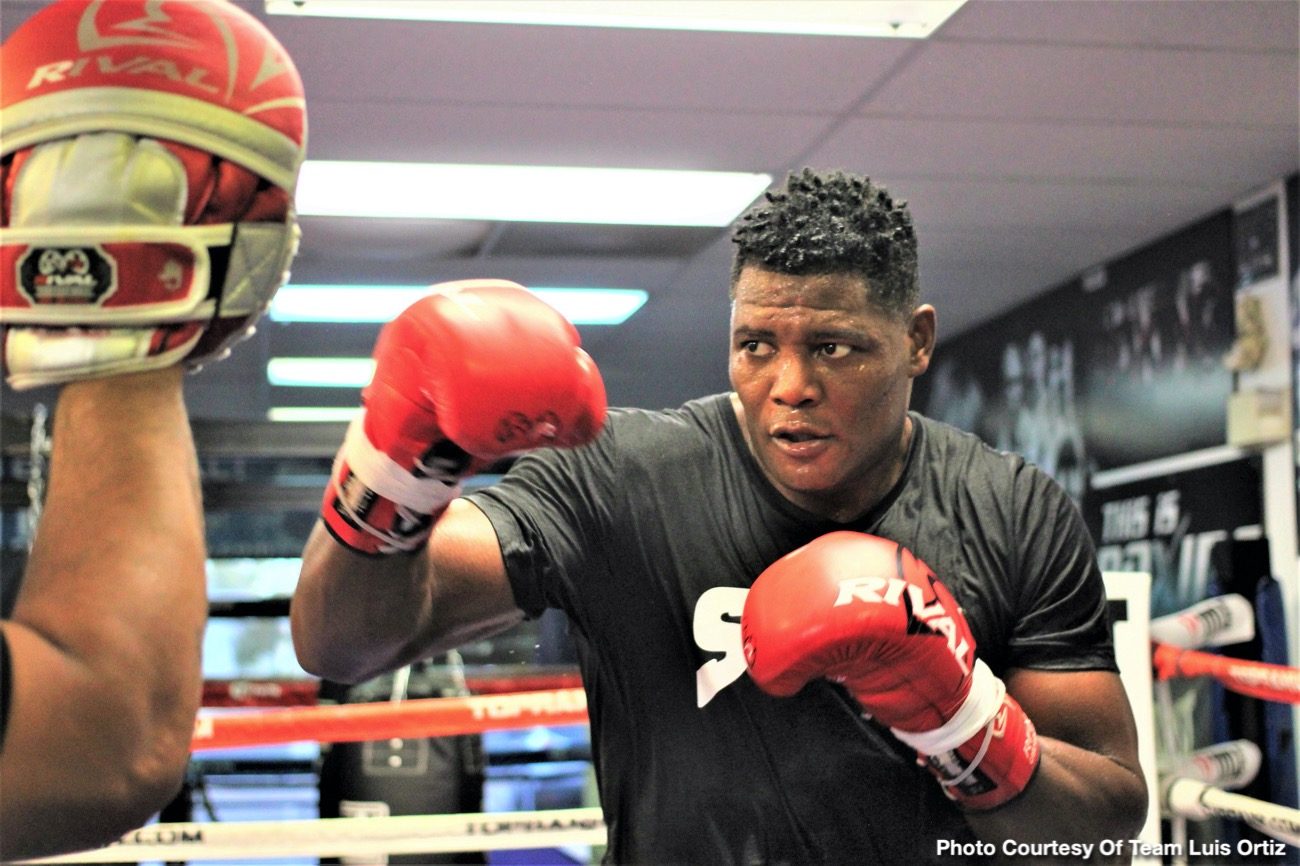 By Allan Fox: Former two-time heavyweight world title challenger, Luis ‘King Kong’ Ortiz, is staying in good shape during the lockdown with boxing with the video he posted on Facebook.

The talented Cuban fighter looks like he’ll be ready to make a quick return when the sport restarts in 2020 or 2021. The 41-year-old Ortiz (31-2, 26 KOs) is working out in his backyard gym, and he appears to be in fighting shape.

Ortiz was beating Deontay Wilder in both of their two fights before getting knocked out by him. Against a lesser puncher, Ortiz would have won those two fights, and he’d be a world champion by now. Ranked #4 WBC, #5 WBA, Ortiz is still in the mix in the division.

Ortiz needs a couple of solid victories over top 10 contenders to put himself into a title shot against WBC champ Tyson Fury or IBF/WBA/WBO champion Anthony Joshua.

King Kong Ortiz coming off a loss to Wilder

Going into round seven, Ortiz had won all of the first six rounds of the contest. He appeared to be on his way to beating the 6’7″ Wilder by a lopsided 12 round decision, but he got a little careless. Wilder caught Ortiz napping in landing a massive right-hand to the head that dropped him in the 7th.

Unlike the first fight between the two heavyweights, Ortiz couldn’t get up from the knockdown. Wilder caught Ortiz perfectly with a perfectly placed right-hand that finished him.

Having recently turned 41 on March 29, Ortiz fights like someone in their late 20s. He hasn’t lost his speed, power, reflexes, or technical skills. 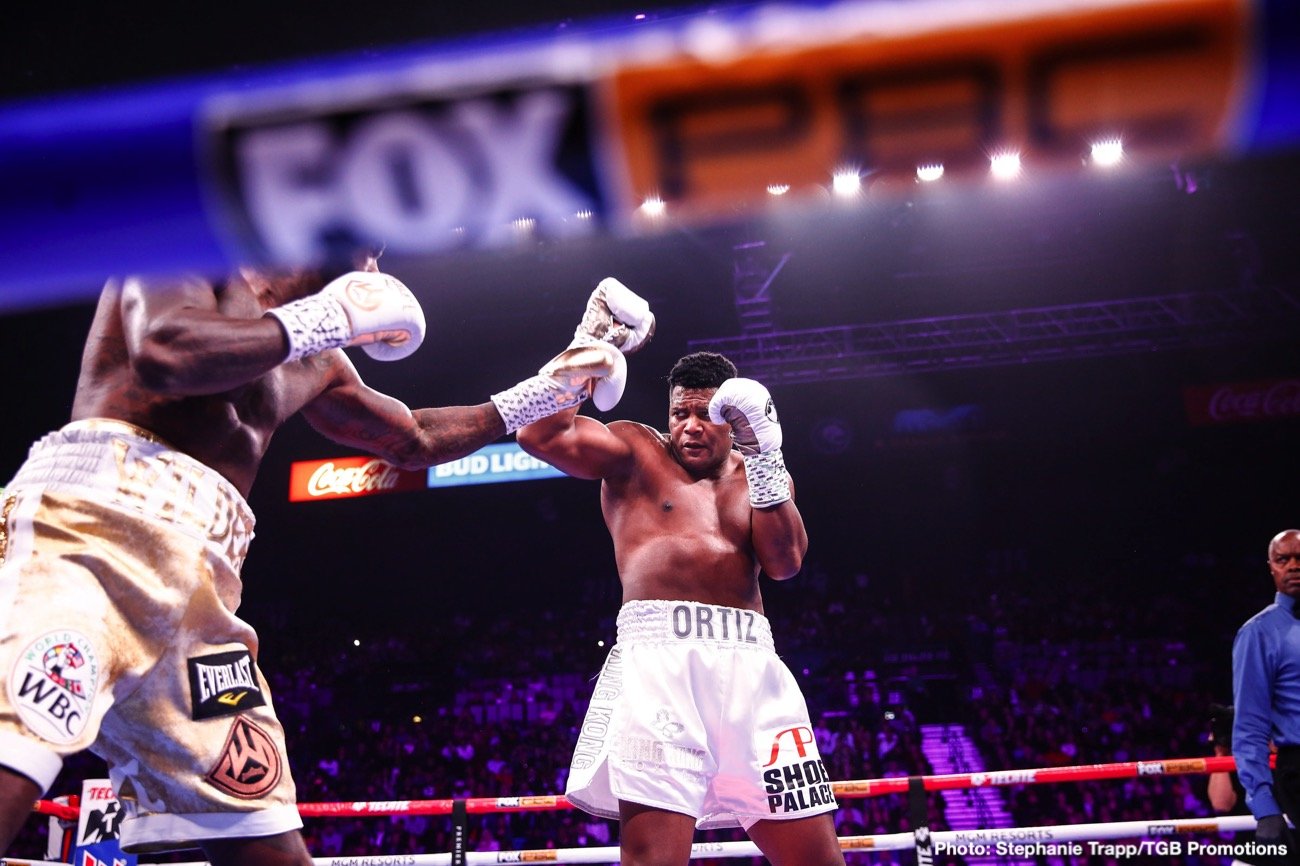 Andy Ruiz Jr. is reportedly interested in facing Ortiz after he takes a tune-up bout. This could prove to be a mistake on Ruiz’s part in taking on such a dangerous heavyweight with the kind of boxing skills and power that Ortiz possesses. With Ortiz’s southpaw style, he could give Ruiz fit.

Ortiz is capable of boxing when he wants to, and it wouldn’t be hard for him to follow the simple blueprint that Anthony Joshua created in how to defeat Ruiz. What differentiates Ortiz from average heavyweights is he’s capable of adapting and changing his style based on the type of opponents he faces.

Ortiz could have made a lot of money fighting Joshua in 2019. He can still make get a massive payday if he defeats Ruiz Jr. to get a title shot against Joshua or Fury. At this point, Ortiz can’t afford any slipups if he wants to get another world title shot. Losing to Wilder isn’t the end of the world for Ortiz, but a defeat against Ruiz probably would finish him.

Ortiz is a bad style match-up for Ruiz, and this could end badly for the California native if he takes this fight. Right now, Ortiz is hungry and Ruiz, with his habit of slacking off, he would be taken to school by the Cuban talent.