By Sean Jones: Bernard Hopkins says a prime Roy Jones Jr. would have beaten Andre Ward if the two had fought each other in the primes of their careers. B-Hopkins states that the Jones Jr. (66-9, 47 KOs) that defeated him in 1993 at RFK Stadium would have beaten Ward (32-0, 16 KOs).

Hopkins says the unorthodox style and the experience of Jones would have been too much for Ward, who could be hit and wasn’t nearly as fast as Roy.

In his prime, Jones was on another level than almost any fighter in the history of boxing. Most fans would agree that Ward was in the zenith of his career when he competed in the Super Six tournament from 2009 to 2011. 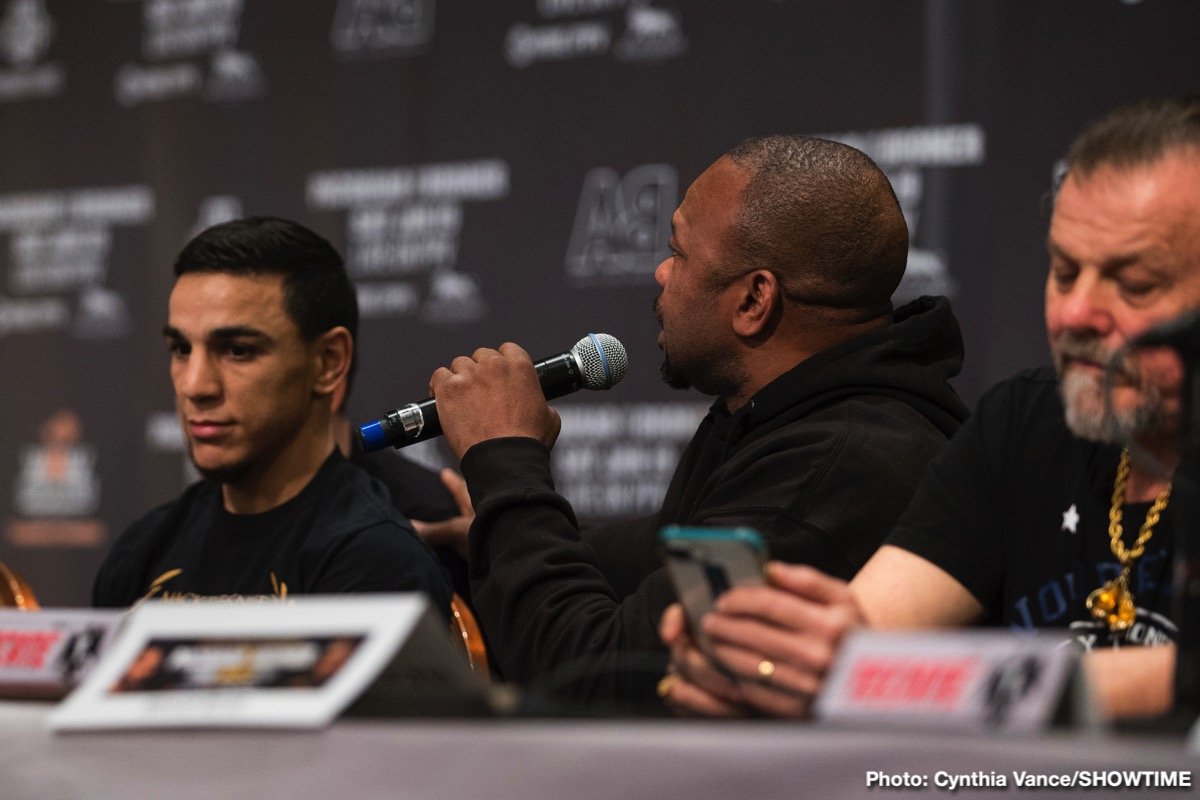 “The early Roy Jones Jr. would have been a problem for Andre Ward,” said Hopkins on Golden Boy Promotions Instagram. “The Roy Jones Jr. that I fought in 1993 at RFK Stadium in the middleweight championship fight with Riddick Bowe and Jesse Ferguson, that Roy Jones?

“I love Andre. I have mad respect, and I’ve known him since his amateurs. That fight [Jones vs. Ward], I’d have to go with Roy based on his experience and who he was at the time.

“He [Jones Jr] was such an unorthodox fighter that was unbelievable but was very, very hard to counter and catch and at the same time not get hit upside the head,” said Hopkins on Roy Jones Jr.

There’s no question that the early 1990s version of Jones Jr. would have been real trouble for Ward had the two fought in the same era. Jones was too fast and too hard to hit back then.

A lot of boxing fans see Ward as having a similar fighting style as Hopkins. Jones took a prime Hopkins to school in beating him in 1993 in a mostly one-sided fight. In that match, Roy did what he pleased. The only time in the battle that Hopkins had success was when Jones got bored and eased off.

The former two-division world champion Ward was an incredible fighter with massive talent from 2004 to 2017, but he didn’t accomplish the same things that Roy did. Additionally, Ward didn’t stay around long enough to test himself against guys that he should have fought like Artur Beterbiev, Dmitry Bivol, and Oleksandr Gvozdyk.

Ward could have fought Oleksandr Usyk as well. There were several fights that Ward should have taken that would have done more for his legacy in the sport. Getting out as quickly as Ward did, he left a lot of question marks about how good he was. With Roy Jones, he fought everyone, and he didn’t retire without facing the best.