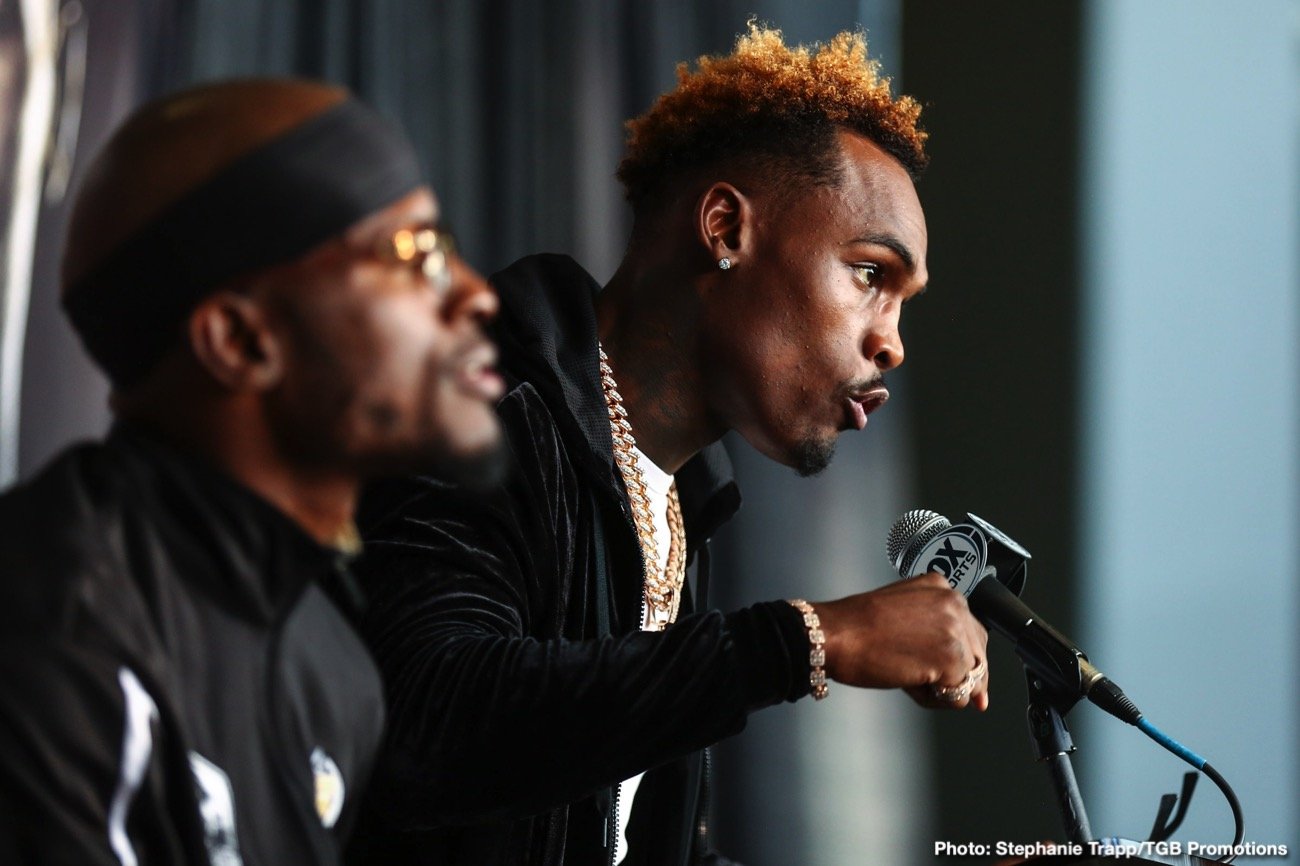 Crawford then took things to another level by telling Jermell to stop mentioning his name.

Does Crawford want some of that smoke from Jermell?

On top of that, Crawford gave Charlo a little warning of danger by saying, “don’t make me show you who the real king of the jungle is.” In other words, Crawford was drawing a line in the sand and daring Jermell not to step over it.

Jermell isn’t the type to back off when given warnings, though, and he fired back at Crawford by telling him, “there’s only one way” to get him to stop mentioning his name. You can read between the lines. Jermell is talking about Crawford needing to move up to 154 to fight him if he wants to shut him up.

That would be a risky move for Crawford, who hasn’t faced anyone with the kind of size, power, or talent as Jermell Charlo during his 12-year professional career. Former featherweight Yuriorkis Gamboa is thus far the best fighter Crawford has fought as a pro, and he had massive problems beating the smaller 5’5 1/2″ opponent.

Wouldn’t it be funny if Jermell Charlo is the one that winds up facing Crawford rather than Bud’s intended target IBF/WBC welterweight champion Errol Spence Jr. (26-0, 21 KOs)? Well, if Crawford wants to shock the boxing world, he would be doing that by momentarily redirecting his target sights from Spence to the bigger Jermell. 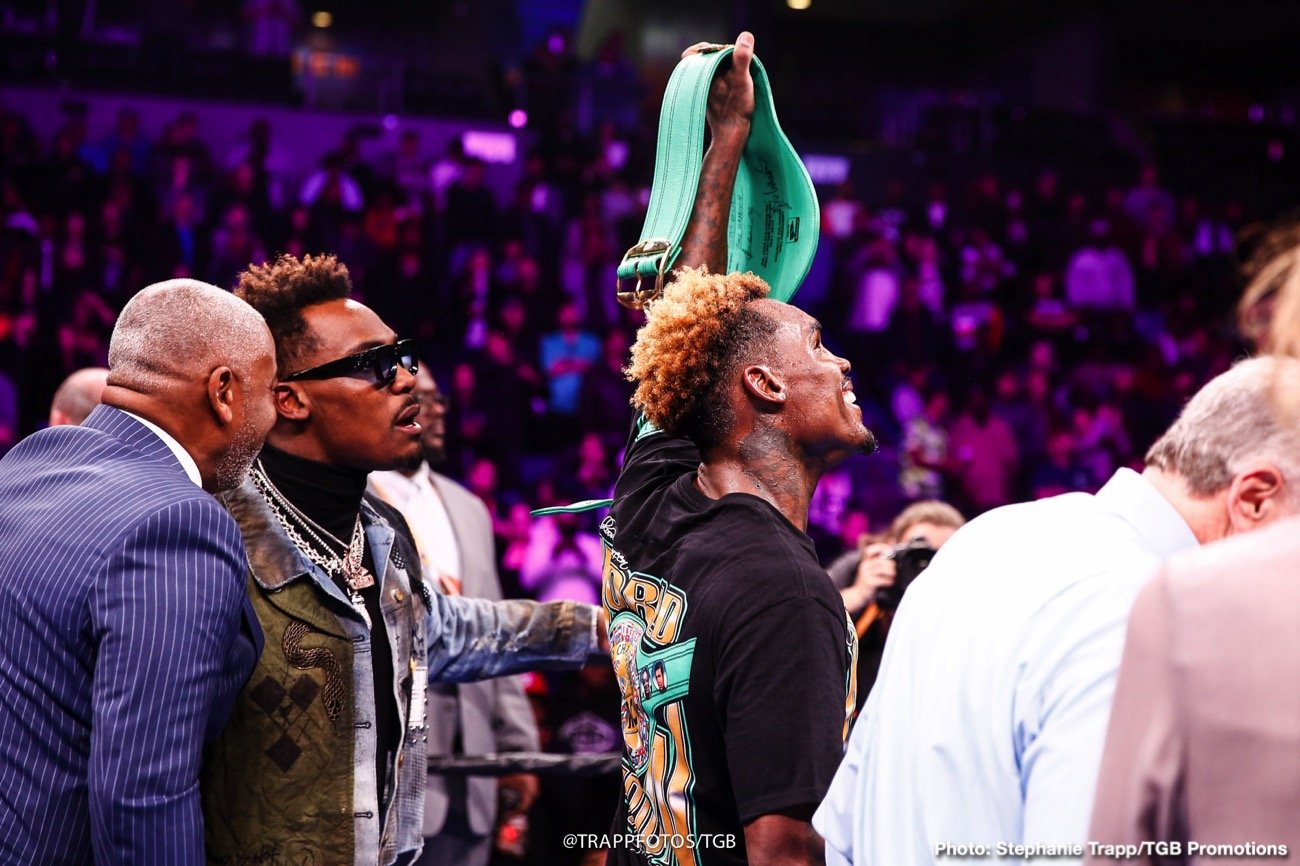 Jermell Charlo: “You know what it is. I’m going to let you [Crawford] make it. I think you a cool fighter, but don’t bite off more than you can chew. LIONS ONLY DIFFERENT & HONESTLY. I PERSONALLY BELIEVE YOU CANNOT f*** with EJ [Errol Spence].”

Terence Crawford: “@TwineCharlo keep my name out yo mouth. You too shall seem me, but don’t make me show you who the real King of the jungle. It isn’t a lion. But like I said, keep my name out of your mouth because when you see me, it’s ‘What’s up this and what’s up that.’ Stop faking for attention.”

Jermell Charlo: “I never was made for the lip wrestle. I’m about that action. I’m always on call.”

Terence Crawford: Pray for those who play with me. Good night!!!

Jermell Charlo: “bruh, stop telling me to keep your name out my mouth. There’s only one way to do that.. alight. Like I said, you a cool “boxer.” I’m going to pretend you didn’t mention me, but hey man, say man I got time, but believe me, when them LIONS at your neck, please don’t retreat.”

Crawford has a chance to achieve stardom now

It’s started now. There’s only one way for Crawford and Jermell to settle things at this point, and that’s for them to lace up the gloves and fight. Crawford will need to convince his promoters at Top Rank that he’s capable of moving up one division to take on Jermell for his WBC 154-lb division.

If Top Rank believes in Crawford, they should give him the green light to take the fight with Jermell. If not, then we’ll see them put the brakes on Crawford and hold him back from taking his career to the next level. That’s been Crawford’s leading problem that’s kept him from becoming a star.

There’s been way too much safe match-making for the guy. Although Crawford’s promoter Bob Arum has compared him to Sugar Ray Leonard in the past, he’s not taken the risks that he did. Leonard moved up to 160 and fought Marvin Hagler, and he had wars with Thomas Hearns. What have we seen from Crawford? He went up to 147 to fight Jeff Horn.

Like I said, the match-making for Crawford has been soft as butter, and here is 32 and still not a star. Here’s Crawford’s chance to finally make a name for himself. If he’s willing to move up to 154 to take on Jermell or his twin brother Jermall Charlo at 160, Crawford can improve his popularity overnight. Even if Crawford loses, he’ll still wind up more famous than he is today. 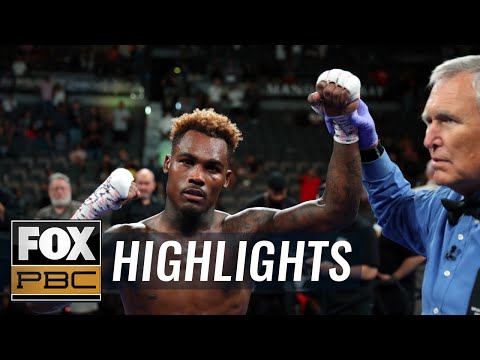