By Jeff Aronow: Gary Russell Jr. shot a warning out to Ryan Garcia, Devin Haney, Vasily Lomchenko, and Gervonta ‘Tank’ Davis on social media on Wednesday, letting them all know that the’s moving up to 135 after the quarantine ends.

The long-time WBC featherweight champion Russell Jr. (31-1, 18 KOs) plans on broadening his horizons by moving up two weight classes to compete at lightweight to get bigger fights.

Since 2015, Russell Jr. has worked tirelessly in trying to encourage the other top featherweights to face him. For years, Russell Jr. has called out champion Leo Santa Cruz but with no success. Now Russell wants to move up so that he can have access to these fighters at 135:

Those are the big four at 135. Russell Jr. would probably have mentioned IBF 135lb champion Teofimo Lopez as well, but he’s moving up to 140 after he faces Lomachenko in his next fight. 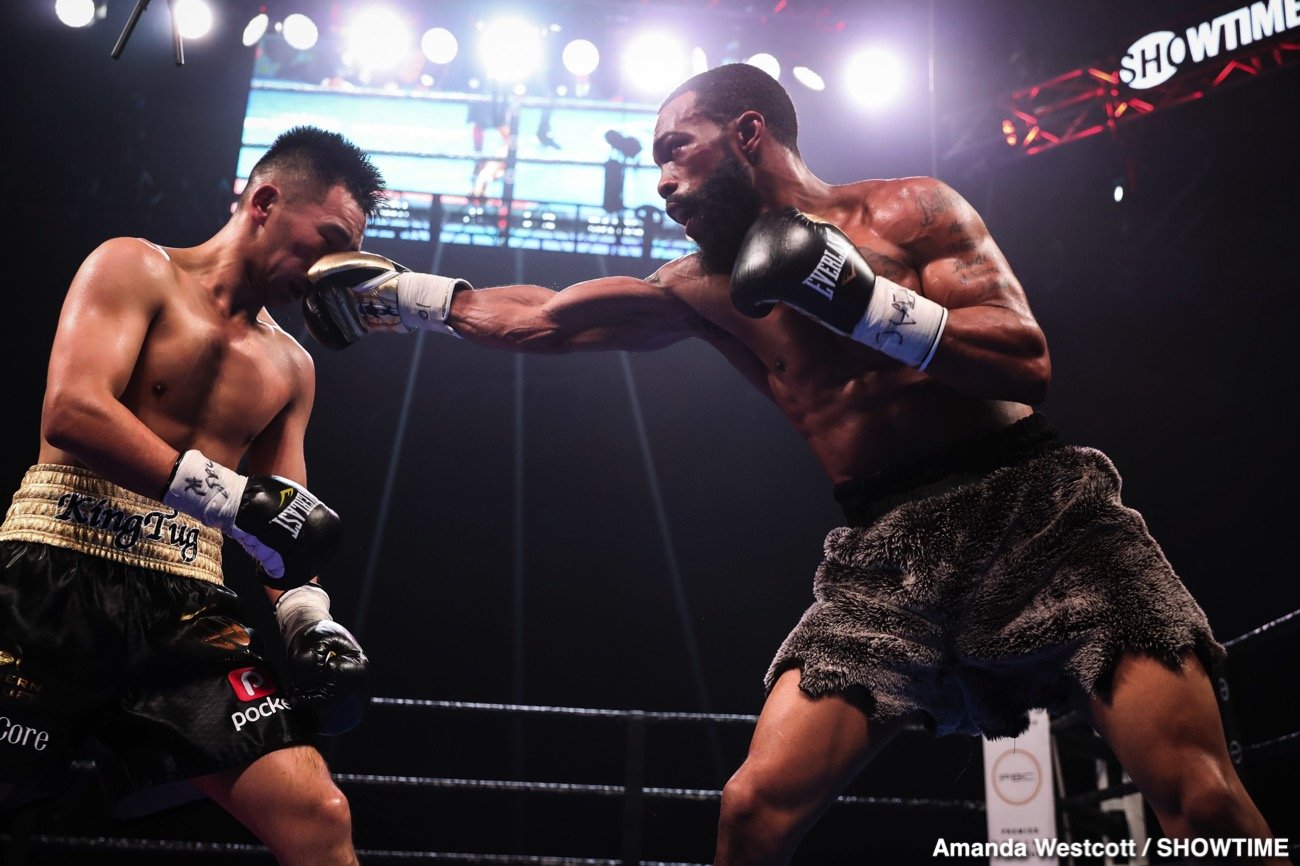 “@kinghaneyy @gervontaa and by the way @lomachenkovasiliy I’m on your a** too,” said Russell Jr. on social media.

“I don’t really say much, but when I talk, mother f*** better listen, and you better pay attention,” said Gary Russell Jr. on social media. “I’m grinding, and I’m telling you. Devin Haney, you’re father said something and might have got you in some s*** though. 135, I’m coming.

“Ryan Garcia, surely you can get your little a** beat too. Tank, what’s up, dog? Let me show you something. I ain’t stepped on this mother f*** yet, but you’re going to see something in a second,” said Russell Jr. in talking about a weight scale.

“What does that say? 43? Stop playing with me. I’m coming to 135. For real, you better get your s*** together. The quarantine is about to be up. You better hope that this quarantine keeps coming because when I’m coming out, I’m coming like a f***** monster,” warned Russell Jr.

It might not be that easy for Russell Jr. to make the jump up to 135. Those guys are a lot bigger and more durable than the fighters he’s been mixing it with during his 11-year pro career. Russell Jr. has fought exclusively at 126 from day one as a professional, and it’s kind of late in the game for him to be moving up two weight classes suddenly.

It would be hard enough for Russell Jr to exist at super featherweight [130] against the lions in that division, and he could be biting off more than he can chew at 135.

It would be smarter for Russell Jr. to start slowly after he moves up to 135, given this could be a shock for him to facing guys that have a massive height advantage. Russell Jr. isn’t a massive puncher by any means and hasn’t fought a lot of taller fighters during his 11-year pro career.

Russell Jr. didn’t look spectacular in his last fight in beating the 2012 Olympian Tugstsogt Nyambayar by a 12 round unanimous decision on February 8. He won the battle, but Tugstsogt gave him a lot of problems with his heavy hands and constant pressure.

Russell Jr. will probably be ignored by Ryan Garcia, Haney, and Tank Davis after he moves up to lightweight. He already lost to Lomachenko by a 12 round majority decision in 2014, so he can forget about him. Lomachenko won’t face Russell Jr. again because he has nothing to gain in taking the fight.

If Russell is unable to get one of the big four at 135 to face him, then he needs to beat some of these guys to prove himself:

There’s a high chance that Russell Jr. will have problems getting even those types of fighters to face him because he’s a risky fight for them.

Haney fires back at Russell Jr.

Devin Haney: “Dude been eating all quarantine, and he’s still 143 wet,” said Haney on Twitter in response to Russell Jr. giving him a warning message. “Mr. Russell is too small.”

Gary Russell Jr: “@realdevinhaney, 143 wet; All I have to be is 135 to meet the weight requirement for the Commission to say the fights a go…Sup.”

This would be a great fight, but it’s not likely that Haney’s promoters at Matchroom Boxing USA will let him fight an experienced veteran like Russell Jr. Haney, 5’8″, would have the height and reach advantage over the 5’4 1/2″ Russell Jr., but that might not be enough.

Russell Jr. has blazing fans hands, and he’s a lot older at 31. It would be a good fight for Haney, who has complained frequently about the top fighters at 135 not wanting to face him.

This would be Haney’s chance to prove himself against a high caliber opponent in Russell Jr. It’s incredibly doubtful Haney will agree to take the fight with Gary because he could get exposed by the veteran. 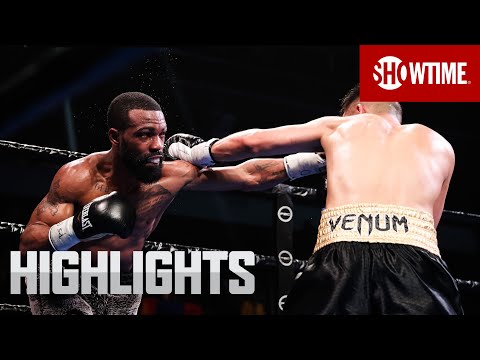