By Allan Fox: Floyd Mayweather Jr. is back in the gym training and is looking motivated like he’s planning on returning to the ring for a comeback of sorts. The 43-year-old Mayweather posted a video on his social media site showing him working out, and seemingly preparing for a fight.

The odds are slim that Mayweather (50-0, 27 KOs) will be returning to boxing, even though he could give some of the 147-pounders a run for their money. What Mayweather Jr. likely has in mind is him resuming his fights against MMA fighters in boxing events.

Even at his ripe age, Mayweather can still make a lot of money fighting well-known UFC fighters. It doesn’t matter that the fights that are glorified sparring matches. Fans always want to see it.

Is Mayweather making a comeback?

The answer to the question of whether Mayweather is returning to boxing is NO; he’s not. If Mayweather were to return to the sport, the pressure would be too intense for him to fight a good fighter ranked in the top 5 at welterweight, and it’s unlikely Mayweather could compete against those types of guys.

He’s been out of the sport for too many years, and he’s lost too much from his game. For Mayweather to come back against an elite level fighter, it would be a disaster. Although Mayweather could earn respect from boxing fans by fighting Manny Pacquiao again, he won’t do it. He’d rather play it safe by fighting MMA guys. You can argue that the main obstacle that is preventing a fight between those two is likelihood of Mayweather losing. He wants to preserve his 50-0 record, and if he fights Pacquiao right now, the chances are high that he’ll lose.

Earlier this year, Mayweather is rumored to be interested in fighting UFC stars Conor McGregor and Khabib Nurmagomedov. Those are the likely fights that Mayweather will be persuing when he does return. While boxing purists are turned off at the idea of watching another one of Mayweather’s contests against an over-matched UFC fighter like McGregor or Nurmagomedov, the casual fans love that kind of stuff.

Fans will want to see Mayweather

It’s almost like professional wrestling where you know who’s going to win ahead of time, but you still end up watching due to the theatrics some of the impressive athletic moves the wrestlers show. The casuals will be hooked at the idea of seeing Mayweather fight McGregor or Nurmagomedov, but obviously, those fights won’t have any real sporting value. 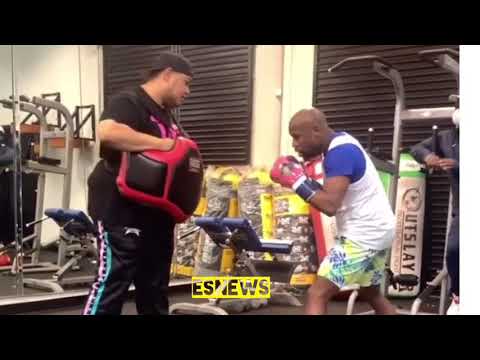 It takes too many years for a fighter to learn how to box, and it’s rare for someone to become world-class. Taking a UFC fighter like McGregor or Nurmagomedov and sticking them inside a boxing ring against Mayweather, it’s like a fish out of water. They’re not going to compete.

The only value you can get out of the fights are watching the athleticism. Watching the build-up for a match between Mayweather and McGregor or Nurmagomedov will be far better than the fight itself.