By Charles Brun: Carl Froch fired back on Joe Calzaghe with his comments that he’s still living in his head 12 years after his retirement. Froch says he was just honest when questions about Calzaghe. As far as Froch is concerned, Calzaghe needs to develop a thicker skin to handle the criticism he’s getting.

The 43-year-old former super middleweight champion Froch still wants to fight Calzaghe, and he believes that he’ll SMASH him if they fight. Calzaghe is now 48, and he looks well over his old fighting weight of 168.

If Calzaghe took Froch up on his offer to fight him, he would need to lose a considerable amount of weight before he’d be ready to face him. With Calzaghe’s dedication, he could lose the weight if he wanted to, but what’s the point of doing that. There would be no money in fighting Froch now. The winner of the fight wouldn’t be given credit due to the age of the two fighters.

“That was a good reply; I like that. It was quite dismissive,” said Froch to IFL TV about Calzaghe commenting on rejecting a fight with him. That’s not going to set the world alight and get a big fight going. He’s not living in my head. I only answered the questions that were asked.

“I’ve got no real beef with him. I’m just a little bit cheeky sometimes, but if he can’t handle it, then he needs to start getting thicker skin and broader shoulders. There’s nothing personal about it. I think I would have beaten him when I was boxing, and I still think I beat him now.

“I think 95% of the people disagree with that. If we did a poll asking who wins, Carl Froch and Joe Calzaghe, I think I would come out in the miserable 10%. But honestly, it doesn’t matter to me. I think I would have smashed him. He would have been the right dance partner. But I don’t think he’s fit and able to take on the cobra, but he might be. I was having a bit of a dig at Calzaghe,” said Froch.

Interestingly, Froch wants Calzaghe to get thicker skin to his criticism, given that he’s still bothered by his past negative comments.

If anything, Froch is the one that needs to get a thicker skin and learn to forget the things that Calzaghe said about him years ago. For Froch to still be boiling mad about stuff Calzaghe said years ago suggests that he doesn’t handle disapproval well.

Froch denies Calzaghe is living in his head

“Whenever he’s asked anything about Carl Froch, that’s me in the third person; he never has anything nice to say,” said Froch. “He’s never ever complimentary of ‘The Cobra.’ I only talk about Calzaghe when I’m asked about him. I heard where he said, ‘I’m still living in Carl’s head.’ Don’t flatter yourself.

“If I’m asked a question by Eddie Hearn about the virtual press conference, then I’ll talk about it. Other than that, it’s filed away and done. I don’t ever think about the geezer. The fight never happened. He vacated the belt, and I won the belt. I went on and had a fantastic career.

“If he said, ‘I’m definitely coming out of retirement. I’m sick of Froch saying, and I’m going to have a go.’ How could I reject the challenge? I’ve been giving him stick the last few years. But he’s not going to come out of retirement. He’s happily retired, as am I. We’re both done. If someone asks me a question, I’m going, to be honest,” said Froch. 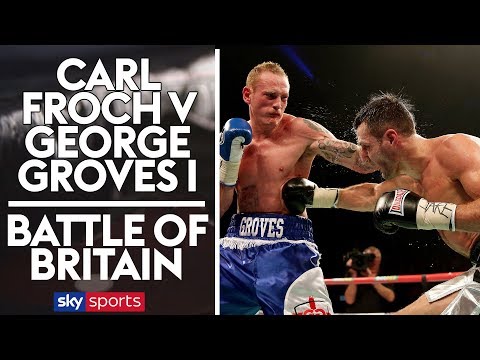