Canelo Alvarez needs to fight Jermall Charlo to prove himself

By Sean Jones: Canelo Alvarez is going to need to prove himself against WBC middleweight champion Jermall Charlo (30-0, 22 KOs) if he intends on staying at 160. Charlo is the future of the middleweight division, and it’s starting to look noticeable that Canelo and Gennadiy Golovkin aren’t giving him his shot.

If Canelo wants to be viewed as the best, he’s going to need to face Charlo, and start doing the same in the other weight classes.  Charlo is too good of a fighter for Canelo to ignore and pretend like he’s not there.

At 175, Canelo repeated a cherry-pick in selecting Sergey Kovalev.  While Kovalev was considered the beast at 175 during his prime years, he was a mere shadow of his former self when Canelo hand-picked him at light heavyweight.

Canelo could have fought the lions at 175 like Artur Beterbiev, Oleksandr Gvozdyk, or Dmitry Biviol and showed whether he could compete with the best. Still, he opted instead for the faded Kovalev.

“Canelo is the WBC Franchise champion at 160, while [Jermall] Charlo holds the regular belt. Is Charlo a good opponent for Canelo?” said Chris Mannix to DAZN.

“Charlo is an ideal opponent for Canelo,” said Sergio Mora. “Number one, he’s undefeated. You know I love that. He’s a champion, he’s a Houston bad boy, and he has a chip on his shoulder. He brings that bad boy image.

“Canelo is the opposite. He’s quiet, more reserved, and does his talking in the ring. That’s a promotional matchmaker’s dream right there. Fans would love it, and it’s good versus bad if you want to look at it that way. Their styles are going to mesh perfectly because they’re both boxer/punchers, and they both have power.”

With Golovkin getting old at 38, Charlo is the ideal opponent for Canelo to fight now. Canelo will be wasting his and the boxing public’s time if he chooses WBA secondary middleweight champion, Ryota Murata, to fight in 2021. The hardcore boxing fan doesn’t want to see Canelo beat up on Murata, and the casual fans have no idea who he is. 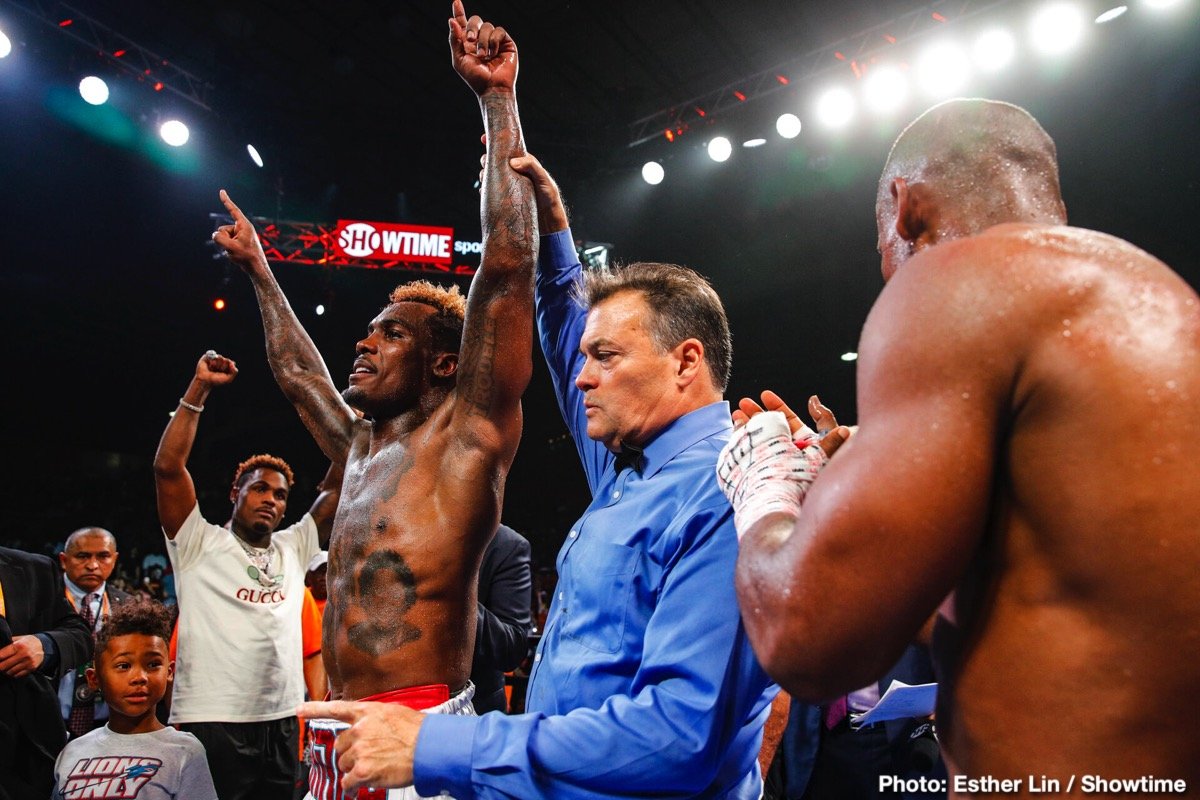 “The speed edge is to Canelo. He punches in a more compact speed. But in distance and length, that power coming from far and that uppercut that knocked out J-Rock Williams,” said Mora about Jermall. “He has a good resume, the good looks, and an undefeated record. Champion vs. champion, that’s an A+ fight.”

“And it’s not an A+ fight, and I don’t call it a champion vs. champion,” said Mannix.

“It’s an A-fight,” corrected Mora on a fight between Canelo and Jermall. “And it’s a solid A-fight.”

Charlo is an A-level fighter. He may not have fought the same guys Canelo has fought in his career, but he’s capable of beating the same guys he’s beaten. Charlo would have too much size for Floyd Mayweather Jr., Erislandy Lara, Austin Trout, and Golovkin. Those are the guys that gave Canelo the most problems during his career.

The hand speed difference between Canelo and Charlo isn’t enough for it to give the Mexican star the edge in that department. Canelo, 29, is already starting to lose hand speed, and he’s not going to be able to hit Charlo without getting nailed back quickly.

“I think Charlo is an excellent fighter, and he does have some solid wins on his resume,” said Mannix. “You mention J-Rock Williams. Before that, he beat Austin Trout. He’s been solid in the middleweight division. With all that being said, if you looked last year, he beats Brandon Adams and Dennis Hogan in 2019.

“Do wins over Dennis Hogan and Brandon Adams catapult you to the level where you’re supposed to be able to earn the right to face Canelo? How many times have we heard Canelo say about Golovkin, ‘He hasn’t earned the right to face me again.

If Canelo chooses to fight the weaker guys like Murata and Billy Joe Saunders, he’s going to lose a lot of boxing fans because people know soft touches when they see them. If Canelo is afraid of fighting Charlo, David Benavidez, Caleb Plant, Bivol, and Beterbiev, then he needs to think about retiring. You can’t be the face of boxing if you’re afraid to take on the best.

“I know you’re trying to promote your boy ‘Boo Boo Andrade, and I would love that fight too, but I also like this Charlo fight as well,” said Mora. “If you look at the resume of Charlo, I’m going to go ahead and pick apart his resume. He beat Brandon Adams, who won a reality show called ‘The Contender.’ Of course, he had the opportunity to fight for a world championship.

“That guy already belongs in the Hall of Fame of celebrity boxers, and Dennis Hogan, who should have won the middleweight championship off of Jaime Munguia. So he played with both those guys. Yes, his resume is thin, but it does not lack quality.”

Charlo has wins over a lot of talented guys like Julian ‘J-Rock’ Williams, Cornelius Bundrage, Trout, and Matt Korobov. Those wins showed that Charlo is one of the best at 160, if not the best.

“He jumped up to middleweight, a weight class that he is not familiar with, to take on Charlo because it was the best opportunity for him on the table,” said Mannix on Hogan. “I think Charlo is an incredibly accomplished junior middleweight.

All the names we talked about, whether it’s Austin Trout or Julian Williams, those are junior middleweight bouts that Charlo was at 154 if you look at where he is at in the middleweight division. Hugo Centeno, Matt Korobov, a fight he may have lost by the way. There was one lousy scorecard on that one.”

“Korobov was a legitimate 160-pounder. That’s a hard-punching middleweight in Korobov,” said Mora.

Matt Korobov was a hard fight for Charlo last year. He struggled with his southpaw Korobov’s stance, and his counter punching ability. However, in the championship rounds, Korobov faded, and Charlo took over the fight and edged it by a decision.

“Your champion Demetrius Andrade. If you look at his resume, it’s kind of thin as well,” said Mora. “Charlo and Andrade have something that’s needed in these fights, and that’s that zero, that unblemished beautiful zero.

“They both have it, they’re both excellent fighters, they’re both champions. Yes, thin resume or not, that’s what they’ve got going for them. They’re an excellent opponent for a superstar like Canelo.”

As I said, Charlo has enough wins over top-level opposition to have earned a fight against Canelo. Canelo has the advantage of being a famous fighter, which enabled him to get fights against the likes of Miguel Cotto, Mayweather, GGG and Kovalev.

The sad thing about boxing is it becomes exclusive when you get to the elite level fighters. They tend to shutout the dangerous fighters and focus on hand-picking their opponents to stay on top artificially as long as possible.

« Arum: Terence Crawford is equal to or BETTER than Sugar Ray Leonard

David Haye discusses coming out of retirement for Joshua vs. Fury winner »