Amir Khan: ‘Kell Brook needs me more than I need him’

Brook, 33, had a chance to fight Khan recently, but then he moved up to 154 and blew it. Khan states that he has to keep busy, and he can’t just wait around for Brook. If he wants the fight, he’s got to stick it out in the negotiations, and he needs to come down to 147.

Manny Pacquiao (62-7-2, 39 KOs) remains Khan’s primary target for his next fight. While Khan would like to fight Brook, his name isn’t on the level of the 41-year-old Pacquiao. That’s the fight that Khan wants, as well as many boxing fans.

Brook looked superb recently in coming back from a long layoff to defeat junior middleweight contender Mark DeLuca at 154 last February. But before that fight, Brook hadn’t fought since December 2018. With Brook’s inactivity, he’s crippled his own career by not keeping his name out there. 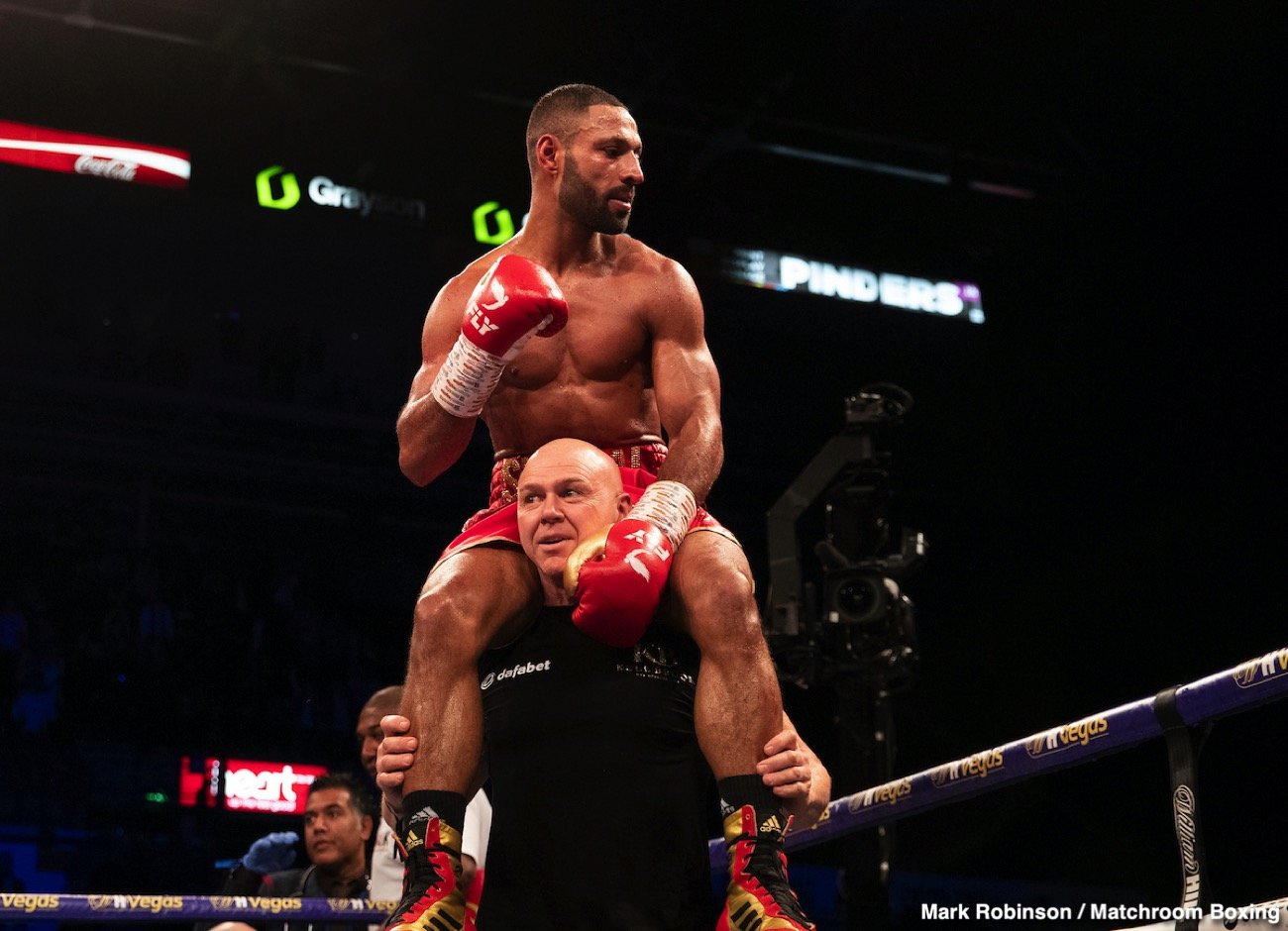 Pacquiao is the key target for Khan

“Manny Pacquiao would be the key, and then we’ll see whoever else is out there,” said Khan to Seconds Out. “Sometimes we fight in some places where they want a certain opponent we have to face, and they give us a list of 3, 4 or 5 names, and we pick from there. We’ll see who’s there in the 147-pound division, and we’ll take it from there.

“Things started going really well, and we started talking,” said Khan in talking about Kell Brook. “Why things went quiet is because I’m the A-side, and then he moved up to 154. It was him that moved up in weight when we started negotiating,” said Khan.

Pacquiao has a lot of choices in terms of picking his next opponent. Khan might be a little marginalized now due to his knockout loss to WBO welterweight champion Terence Crawford in 2019, and his brutal 6th round knockout against Canelo Alvarez in 2016.

Khan’s only wins in the last four years have come against Billy Dib, Samuel Vargas, and Phil LoGreco.  Those are lower-level fighters with limited talent.

Brook needs to come down to 147 for Khan fight

“There are levels in this game, and there are names. If I say we have to go this way, then we have to go that way. No disrespect to Kell Brook. He’s also a former world champion, but he needs the fight more than me. He should listen to at least the weight. I’m just all about the weight has to be right,” said Khan.

Brook wants to fight Crawford next. If Brook wins that fight, then he’ll have a good shot at fighting Khan in 2021. Right now, Brook will be a massive underdog against Crawford, and it’s hard to imagine him pulling off the upset.