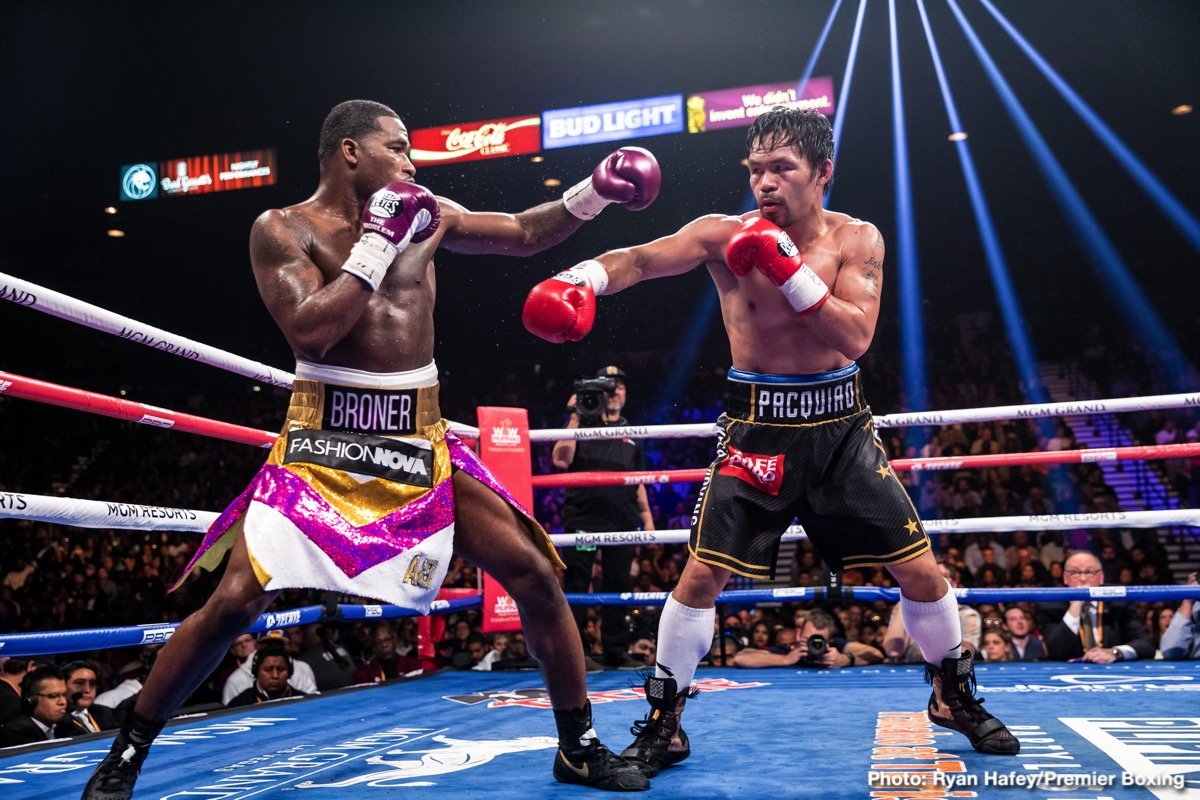 By Sean Jones: Adrien ‘The Problem’ Broner is talking about putting 120% into his boxing career, and focusing on it entirely. Broner (33-4-1, 24 KOs) is getting mentally back into it, and he looks like he’s trimmed off a lot of the excess weight that he’d been carrying around.

Broner sounds serious about wanting to focus on boxing and forget about wasting energy on clubs, partying, posting on Instagram, and Facebook. At this stage in Broner’s life, it’s now or never as far as his boxing career. It’s easy for Broner to say he’s going to turn things around with his profession and start taking it seriously. It’ll be a lot harder for him to do so.

He’s lost so many fights in the last seven years that he’s arguably worn out his usefulness as a B-side opponent. Sadly, Broner has gone from being the A-side fighter that he was in his prime at super featherweight and lightweight to that of a B-side guy at 147. 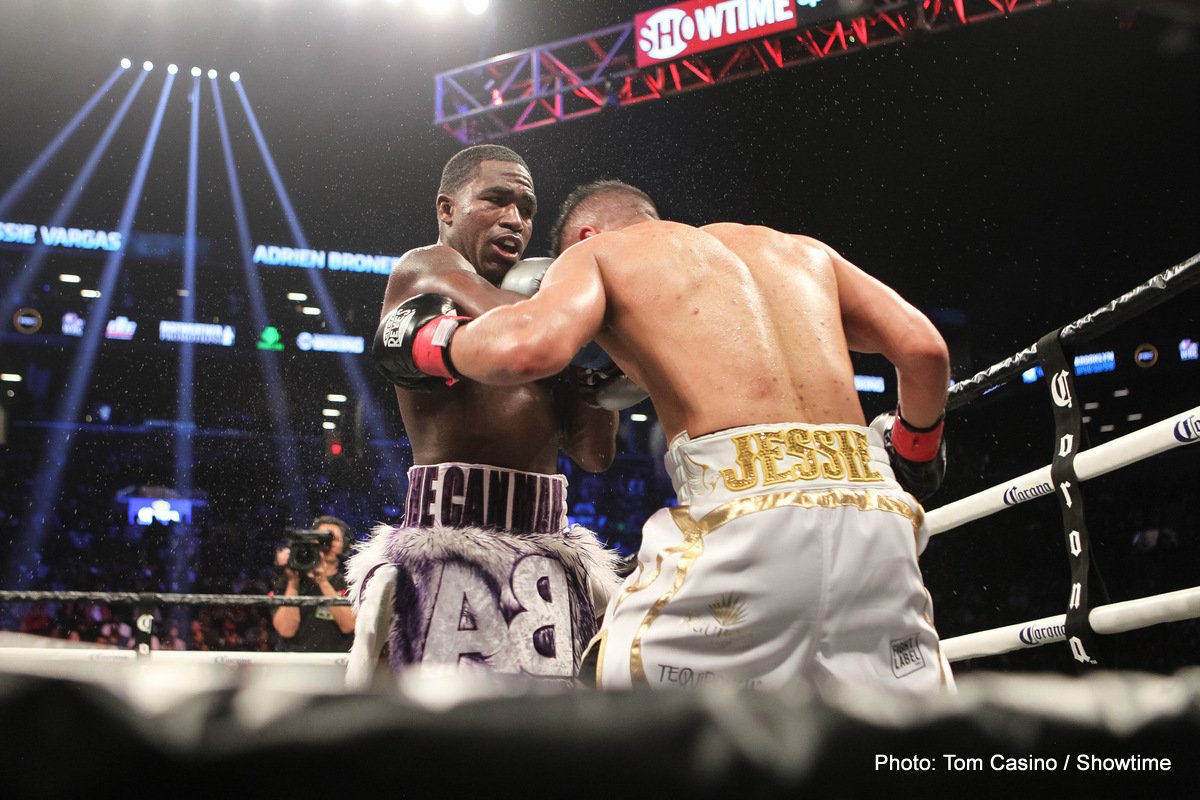 “This s*** is starting to get real repetitious, man. That ain’t good,” said Broner on social media. “Once I start getting in this mode, it ain’t good for you, man. I know a lot of people are banking on me to stay in the club, keep partying, and f*** around.

“But when I get in this mode, it isn’t good for you because you got to think. At any given time that I get back and say ‘F*** everything, Instagram, Facebook, all social media’ and focus 120% on boxing, it’s over. And then not only that, just think if I go to my regular weight [130 or 135?].

It’s evident that Broner does NOT belong at 147. He’s too undersized for that weight class for him to succeeds. To be sure, Floyd Mayweather Jr. wasn’t big for a welterweight either, but he has blazing hand speed and superb defensive skills that enabled him to fight in that weight class.

Broner doesn’t have those things going for him, and that’s why he’s not had the same success as Floyd did. Broner was better off where he started his career at 130, but obviously, the money wasn’t there for him in that division.

One would agree that Broner’s most significant flaw in his game is his inability to let his hands go enough for him to beat the top-level fighters. In Broner’s losses to Shawn Porter, Manny Pacquiao, Shawn Porter, and Mikey Garcia, he didn’t throw enough punch.

He looked like he was afraid to gas out, so he fought in short spurts. Some would say that Broner fought ‘not to get knocked out.’ I interpret it as Broner holding back for fear of emptying his gas tank.

Broner said that if he were at his normal weight, it would be a different story. He was at his career-best when he fought at 130 and 135. He moved up in weight to welterweight in 2013 and dethroned WBA 147-lb champion Paulie Malignaggi by a 12 round decision.

Broner subsequently lost in his next fight to Marcos Maidana by a 12 round decision, and his career hasn’t been the same. Although Broner has become wealthy, he hasn’t enjoyed the same success he had earlier in his career.

According to Celebrity Net Worth, Broner has a fortune of $9 million. That’s good money, but not nearly what he could have made if things had done differently with his career.

He’s not stayed active, and he’s lost out on a lot of fights that would have helped him maximize his income.  Broner arguably would have made a lot more as a world champion for the last seven years at 130 or 135 than he has as the B-side opponent for welterweights like Shawn Porter, Mikey Garcia, and Manny Pacquiao.

That fight showed that Broner’s power didn’t carry up with him from the lower weight classes. He wasn’t the same guy at 147 compared to when he was blasting his opponents out in the super featherweight and lightweight divisions.

Broner says he received an ultimatum at the time, which led him to decide to move up in weight. The paydays have been a lot better for Broner at 147 compared to what he would have made had he stayed at 130 and 135.

There’s a good chance that Broner would still be a world champion today if he fought in those divisions, but the money wouldn’t be the same. 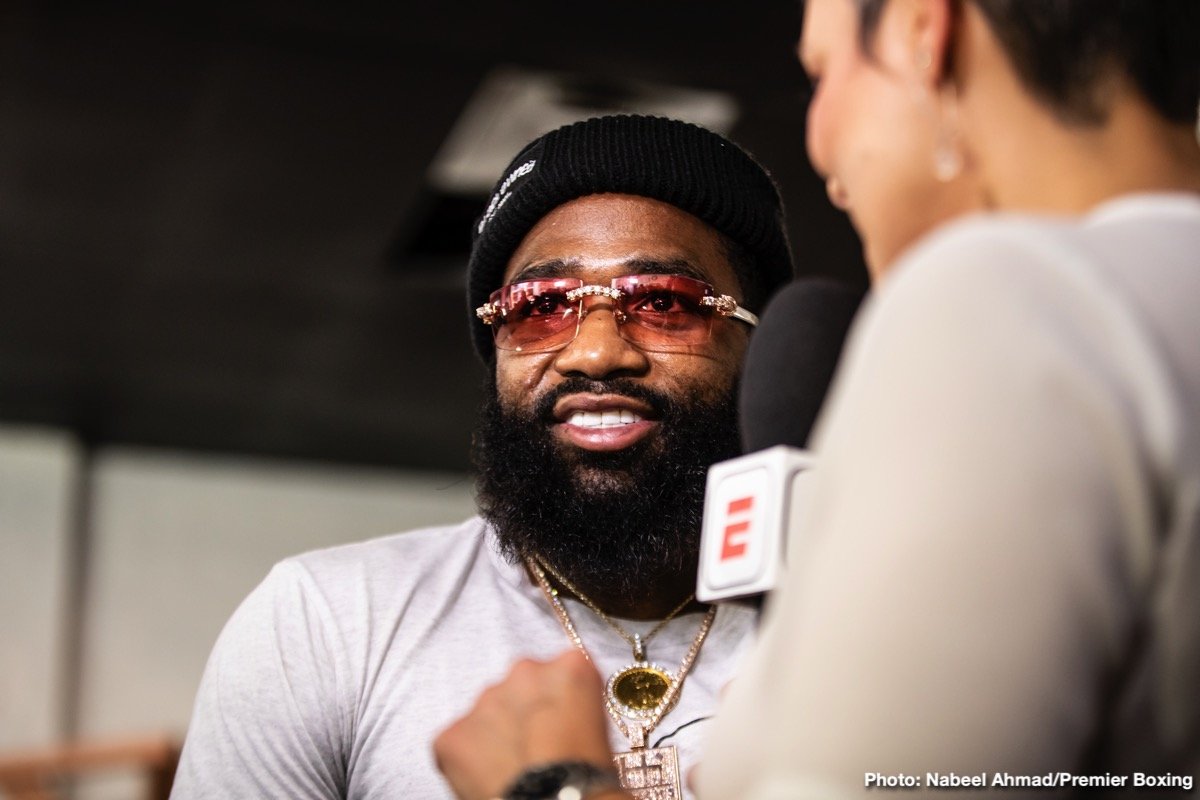 Ultimatums given to Broner

“A lot of people don’t know. I wouldn’t say I was forced, but I was given some ultimatums that I could not turn down,” said Broner. “At that time, I was young, and they were throwing all this money in my face. But there are two sides. Let’s say I would have won. Then we’d be talking differently today.

“But if I had the chance to do it all again, I would do it all the same way because all the knowledge I got, everything I learned, and the way my career went. I’m happy it went the way it went.

“It could have been way worse, and I’m still learning now. I still got way more to learn, but like I said, I wouldn’t change nothing,” said Broner.

It sounds like Broner was given career advice about the difference in money he could make at 147 as opposed to what he’d have gotten had he stayed at 130 or 135. A lot of things have changed over the years, though. It’s now possible for fighters to make good money at 130 and 135. It’s not like before.

The main problem with Broner persisting in staying at 147 is the fact that he’s no longer considered an elite level fighter. Broner, 31, is just an opponent now, and, likely, his days of getting good money as the B-side guy is swiftly coming to an end.

With the way things are going now, two to three years stretches before Broner before he’s no longer getting offers to be the OPPONENT’ for the top-level guys. Things could be dramatically different if Broner were drop back down to 130, but it’s doubtful that he’ll do that.