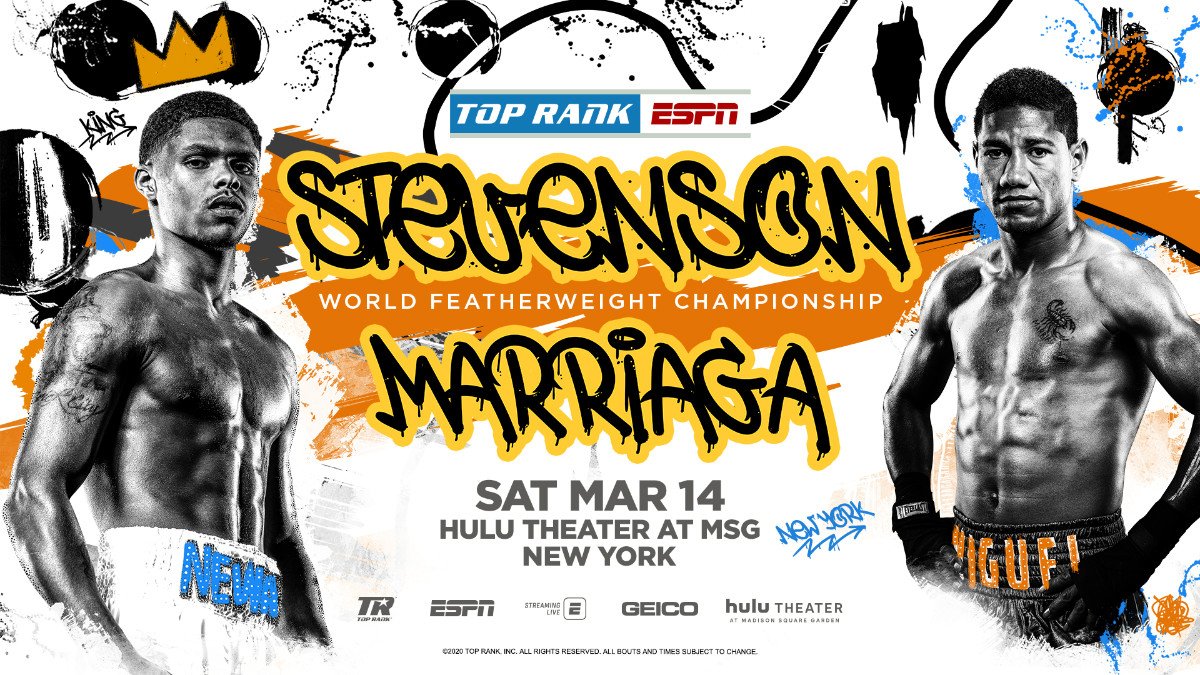 By Chris Williams: In a precautionary move due to the coronavirus pandemic, Top Rank has decided to stage this Friday’s March 14th card and next Tuesday’s March 17th card behind closed doors without fans present at Madison Square Garden in New York.  The fight cards will be shown on ESPN.

Additionally, Top Rank promoter Bob Arum reportedly will be having bantamweight champions Naoya Inoue and John Riel Casimero to fight could take place at a TV studio on April 25th instead of that the Mandalay Bay Resort & Casino, in Las Vegas. IBF/WBA 118-lb champion Inoue will potentially come to the U.S earlier than the April 25 date for his unification fight against WBO champion Casimero.

Boxing fans that purchased tickets for the two cards at Madison Square Garden will be able to get refunds where they purchased their tickets.

Top Rank Boxing said this in a news release about their precautionary measures for the cards:

“Due to the coronavirus pandemic, and to ensure the health and safety of boxing fans and the fight participants, Top Rank announced today that the March 14 and March 17 events at Hulu Theater at Madison Square Garden will proceed without spectators.

The only individuals granted access to the events will be essential production and support staff, in addition to fighters and necessary team members, and credentialed media. Both events will still be shown live on their respective ESPN platforms.”

In terms of the future fight cards for Top Rank, they’ll be making a decision on that after meeting with their partners for the venues.

Just how long the coronavirus will linger is unclear. Only medical personnel can make projections on that. If this sticks around for a long time, it could have a huge impact on boxing. The promoters will need to figure out how to bring in money for the fighters besides the old fashioned way by ticket sales.

Although he won’t have his passionate fan base present Tuesday night, it’s business as usual for Mick.

For the fighters that earn their money through ticket sales, it could be tough if the cards are held in empty arenas. If some of these fighters can be added to the big pay-per-view cards like Tyson Fury vs. Deontay Wilder 3, it won’t be too bad. Unfortunately, Top Rank doesn’t have a lot of PPV cards in the works to keep their many fighters busy.

The talented featherweight Michael Conlan (13-0, 7 KOs) would have had a big crowd attending his St. Patrick’s Day fight on March 17 against Belmar Preciado (20-2, 13 KOs) at Madison Square Garden. He’ll just need to go it alone and make the best of things.


« Avanesyan vs. Kelly: The story so far

‘Canelo Alvarez vs. Gennadiy Golovkin trilogy MUST be made’ – Eddie Hearn »