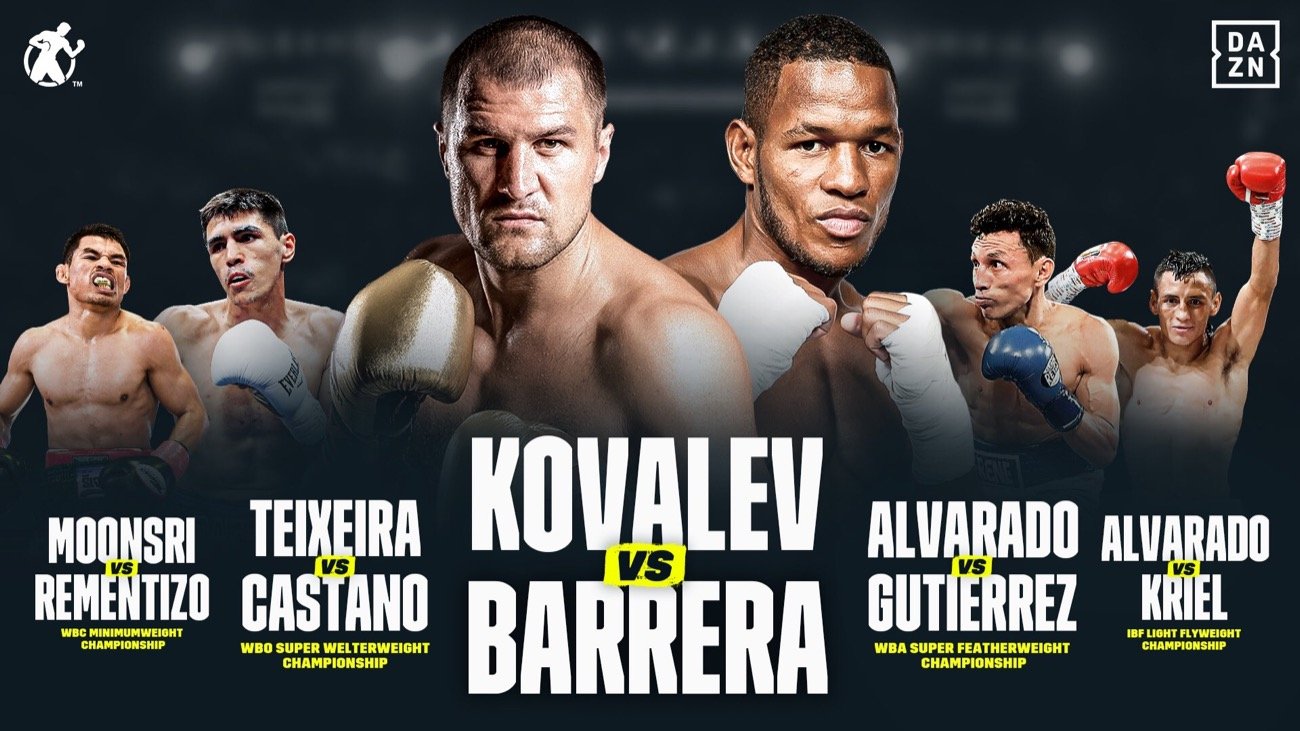 By Matt Lieberman: Sergey Kovalev vs. Sullivan Barrera is the latest fight to be postponed for April 25 due to the coronavirus pandemic.  Former IBF/WBA/WBO light heavyweight champion Kovalev (34-4-1, 29 KOs) and Barrera (22-3, 14 KOs) were scheduled to headline in a 12 round fight on DAZN at the Fantasy Springs Resort Casino in Indio, California.  @MikeCoppinger states this fight is off.

There’s no date yet for when the Kovalev-Barrera fight card will be rescheduled. It’ll depend largely on when the COVID 19 pandemic disappears. Stephen Espinosa of Showtime believes that when boxing does start up again, there will be a huge logjam of fights that will be scheduled in a short period of time by promoters looking to get their fighters back in action. That not happen until the summer, unfortunately.

This is an interesting enough fight for it to be one worthy of being scheduled once the coronavirus disappears in the future.

Kovalev-Barrera was expected to be at cruiserweight

The Kovalev vs. Barrera fight was to be held at cruiserweight. Sergey, 36, looked weight drained in his recent 10th round knockout loss to Canelo Alvarez on November 2, but having to deal with the secondary weigh-in on the morning of the fight didn’t help.

Kovalev-Barrera is considered the last chance for both fighters.  A victory for either guy could put them in a position to fight for a world title, but a loss could signal the end. Barrera is 38-years-old and has lost 2 out of his last 3 fights in defeats to Jesse Hart and Dmitry Bivol. Those are talented fighters, but it still looks bad that Barrera was beaten.

There wasn’t much talk about the Kovalev vs. Barrera fight, but a lot of boxing fans would have been interested in seeing it. The marketing wasn’t there to remind the fans about the match taking place.

In addition to Kovalev-Barrera being postponed, the co-feature fight between WBO junior middleweight champion Patrick Teixeira (31-1, 22 KOs) and Castaño (16-0-1, 12 KOs) is also postponed along with the rest of the card. Teixeira was set to make his first defense of his WBO title that he recently won.

Other undercard fights on the Kovalev-Barrera April 25 card that are being postponed are as follows;