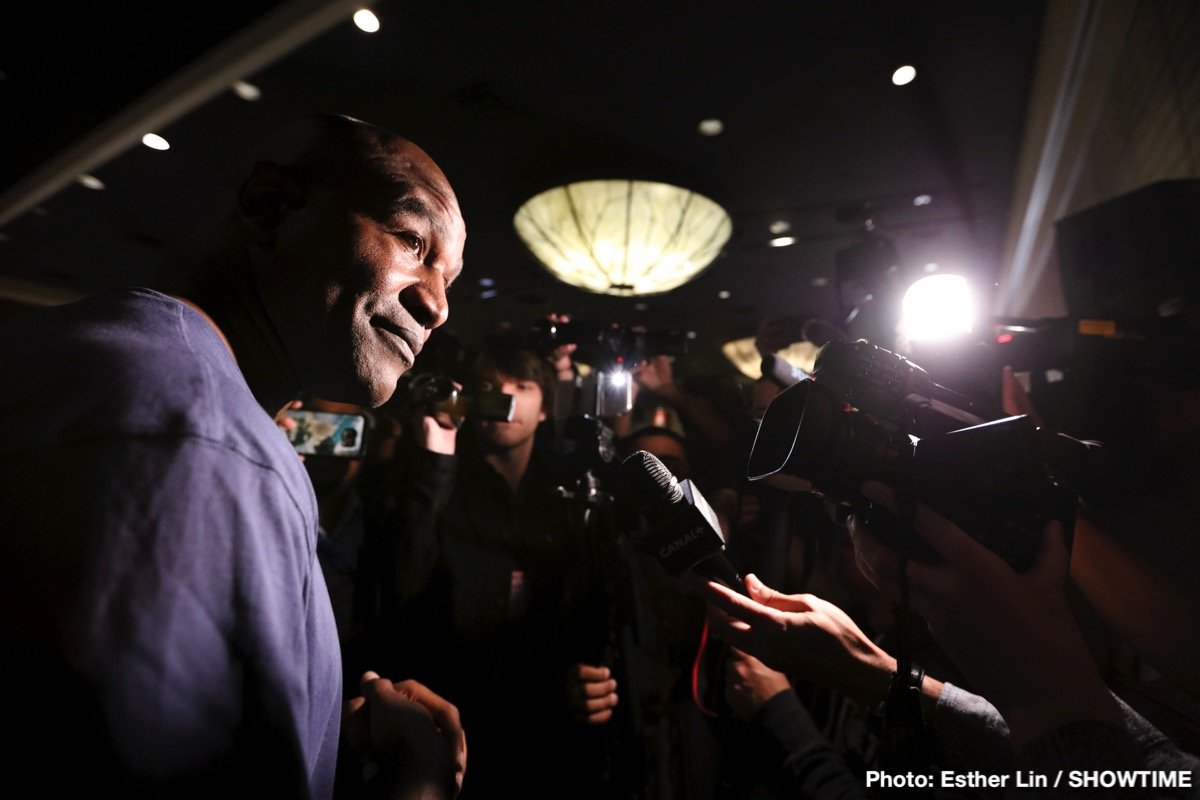 By Gav Duthie: The word from both management and promotional camps is that Deontay Wilder will exercise a contractual clause to force a trilogy fight with Tyson Fury. There are actually very few great trilogies in the heavyweight division.

With some of the knockout power of the big guys, most fights are usually settled without the need for 3 fights. Most would say that this is also the case for Fury-Wilder given the one-sided nature of the rematch but Deontay has such a long list of excuses he feels that he still has the skills to beat ‘The Gypsy King’. In no particular order here are some of the greatest heavyweight trilogies and who came out on top.

These fights had it all. Patterson made history, they were back and forth, they could both hurt each other and the action was incredible in all of them. There was a huge interest going into the bout. Johansson wasn’t American but he was white with movie star good looks and he had power. He earned his shot destroying the slick Eddie Machen in just one round.

Johansson was knocking opponents out with an almost mystical punch referred to as either “Toonder and Lightning”, “Ingo’s Bingo” or “The hammer of thor”. He got Floyd with it early and put him on his back. He destroyed Floyd by knocking him down 7 times in total on route to a 3rd round victory. They rematched in their next fight.

Given the one-sided nature of the first and the fact that nobody had ever regained the heavyweight title not much was expected of Patterson. He produced a career-best performance though. He was ultra-aggressive, never letting Johansson settle to get the range to throw his right hand. Patterson was all over him and knocked the Swede out cold with a left hook that made Johansson’s foot quivering on the floor.

The first fight was one-sided for Johansson, the second for Floyd but both had their moments in the third. In the first round, Johansson dropped Floyd twice but Patterson scored a knockdown of his own. The action was more curtailed as both respected the power of the other until Patterson finished the rivalry in the 6th with a right hand where Johansson failed to beat the count.

The first fight has merit to be one of the best in heavyweight history all on its own. The last 3 rounds were an all-out warzone. Holyfield had seemed unbeatable after dominating at cruiserweight and adding heavyweight titles to the mix easily defeating James ‘Buster’ Douglas. In their first fight, Holyfield ran into an immovable object in Bowe. The bigger man had a fantastic jab but was great on the inside considering his size.

They traded for 12 rounds and Bowe deservedly won the 3 belts from Evander although he was really made to work for it. In the second bout, Holyfield boxed a bit smarter and won a close decision although Bowe landed considerably more punches.

That fight is mostly remembered for a 21-minute delay after ‘the fan man’ came down in a parachute and got caught in the crowd. In the decider, Bowe took it stopping Evander in the 8th round. Bowe dominated most of the fight but Holyfield somehow found the strength to drop Bowe for the first time in his professional career but got caught trying to finish Bowe off.

Bowe’s heavyweight domination was short but impressive between 1992-1995. When he fought Galota in 96 he looked awful in both fights despite winning DQ. After the 2nd bout, he retired aged just 29.

I don’t see any trilogy or rivalry ever matching this one. When the first happened it was dubbed ‘fight of the century’. It really was that big. Ali had been out of action for 3 years during the Vietnam conflict because he wouldn’t sign up for the army. In the meantime, Frazier had cleaned up winning titles.

As soon as Ali came back the fight was hyped up. He had two comeback wins against Jerry Quarry and Oscar Bonavena but wasn’t sharp enough for the relentless Frazier. ‘Smokin’ Joe picked up a dominant UD including a big knockdown in the final round.

Ali won convincingly in the rematch after Frazier had lost his titles to George Foreman. The third fight is one of the greatest fights in boxing history that any boxing fan should watch. It is also a little sad as they both took such a beating that it was the beginning of the end for both of them.

Eddie Futch (Frazier’s trainer) pulled Joe out at the end of round 14 saying ‘nobody will ever forget what you did here today’. Ali himself had said he was thinking of quitting but these guys were the ultimate warriors.

Frazier never really forgave Ali for some of the things he said although Ali had a lot of love for Frazier. In the end, their names are synonymous with one another and needed each other so much to achieve what they did.

It wasn’t as bitter a rivalry. Norton was a bit too cool for that. Ali could never really get into his head the way he did others. Ken Norton told a story once about how Ali got jealous in a bar of him when Ken was getting all the female attention. Ali could never really figure out Ken in the ring either. The jab, the right hand was always a bit of a problem.

Ken like most feels he won the third fight but admits it was probably better for the sport and aura of Ali that he got the nod. Norton broke Ali’s jaw in the first fight during the second round. It was incredible for Ali to survive but he was well beaten. It was a huge upset at the time.

The rematch was close over 12 rounds and Ali fought more aggressively winning a 12 round split decision. The third contest was 15 rounds and Ali was certainly well past his best. The judges felt he did enough to win the fight though and end the trilogy as the victor.

These fine gentlemen actually fought 4 times between 1949 and 1952. The scores finished at two wins apiece with Walcott probably edging the rivalry as he scored one of the best ever knockouts in history to become the oldest ever world heavyweight champion (at the time) aged 37.

Charles won the first two with Walcott winning the second two. The knockout is even more stunning considering all the other 3 fights went the full 15 rounds. Walcott downed Charles with a perfect left hook in the 7th round of their 3rd encounter. Ezzard Charles will be remembered as one of the best light heavyweights of all time but he was so good he became a heavyweight champion as well boasting a win over Joe Louis.

Charles would weigh roughly 185lbs in heavyweight bouts so he would struggle to even be a cruiserweight today but he was a fantastic fighter. Joe Walcott went on to be a top referee for a time and officiated one of the Ali-Liston fights. All 4 fights were for the heavyweight title (only one belt in those days).

Interestingly the first two fights Charles was quite dominant and Walcott was quite dominant in the other two. Charles is one of the best ever but had a really steep decline and ended up losing a considerable amount of fights well past his best.