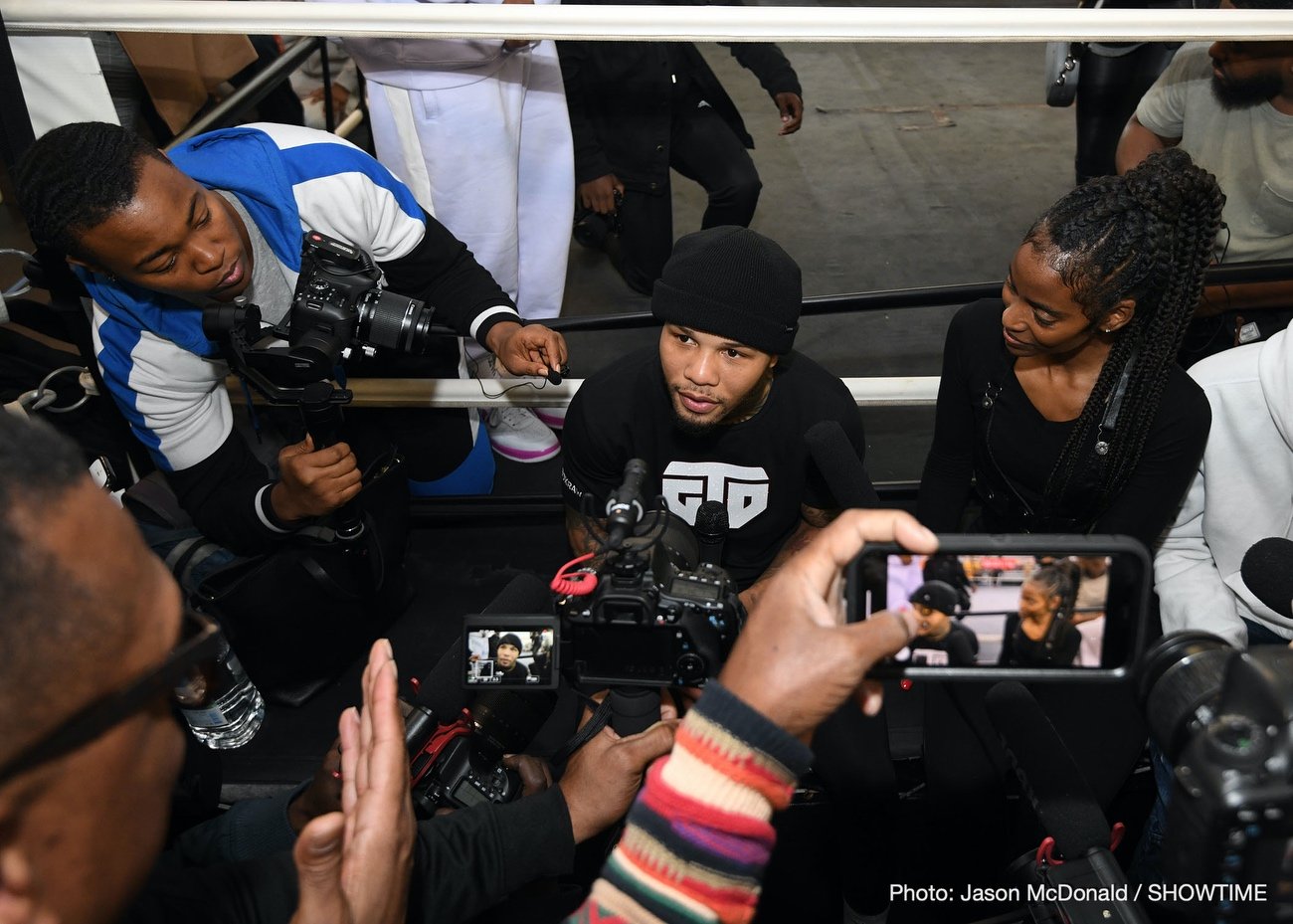 By Chris Williams: Gervonta ‘Tank’ Davis and Leo Santa Cruz are in discussions for a fight in the summer in Los Angeles. The discussions are considered “advanced,” according to @MikeCoppinger. This is a big fight between two of the best in their respective weight classes. The fight is expected to be shown on pay-per-view, which would be the first for Tank.

Tank Davis has already posted on Twitter a fight poster of him and Santa Cruz as if the fight is already a done deal. Davis, 25, clearly wants the fight with Santa Cruz, and he’s been interested in it for a while.

Santa Cruz is tailor-made for Davis, who has been looking increasingly more chunky with each fight. Even at 126, Santa Cruz wasn’t a  big puncher, and he might have problems making Tank Davis respect his power at 135. Santa Cruz will need to fight defensively to have a shot at beating Davis.

Gervonta vs. Santa Cruz likely at 135

The former three-division world champion Santa Cruz (37-1-1, 19 KOs) will likely be moving up from the 130-lb weight class to face Tank Davis at 135 for his WBA ‘regular’ belt. With Davis coming in over the lightweight limit for his last fight against Yuriorkis Gamboa on December 14, it’ll be interesting to see if Tank makes weight.

Santa Cruz might want to push for a huge weight clause to make sure that Tank Davis doesn’t come in over the 135-lb limit. He lost his IBF super featherweight title when he weighed in two pounds over the 130-lb limit at 132 for his title defense against Francisco Fonseca in August 2017.

Santa Cruz, 31, will be giving away a lot of size and strength against Tank Davis. He recently moved up in weight to super featherweight and captured the WBA Super World title in beating Miguel Flores by a 12 round unanimous decision on November 23.

Is this a cash-out for Santa Cruz?

Some boxing fans believe that Santa Cruz’s desire to move up to lightweight for a fight against Davis is a sign that he’ just looking to get a big cash-out payday before retiring.

At super featherweight, Santa Cruz’s days as a champion are numbered. He was put in a perfect situation in fighting Flores for the vacant WBA Super featherweight title instead of someone dangerous.

There aren’t any big payday fights for Santa Cruz at 130. As such, a fight between him and Tank Davis is as good as it gets. If Santa Cruz is competitive with Davis, he could get a lucrative rematch with him. That would be the ideal scenario. But apart from that, this could end badly for Santa Cruz.

Santa Cruz hasn’t faced a quality fighter in three years since his close 12 round majority decision win over Carl Frampton in their rematch in 2017. Although that was a good victory for Santa Cruz, he’s sidestepped the talented fighters at 126.

Fans have wanted Santa Cruz to fight Gary Russell Jr., but he’s chosen not to. Russell Jr. has been calling Santa Cruz for the last 3 years without any luck. Santa Cruz should have accepted the fight with Russell because a lot of boxing fans think he’s scared of him.

Sergey Kovalev to face Sullivan Barrera on April 25 on DAZN »