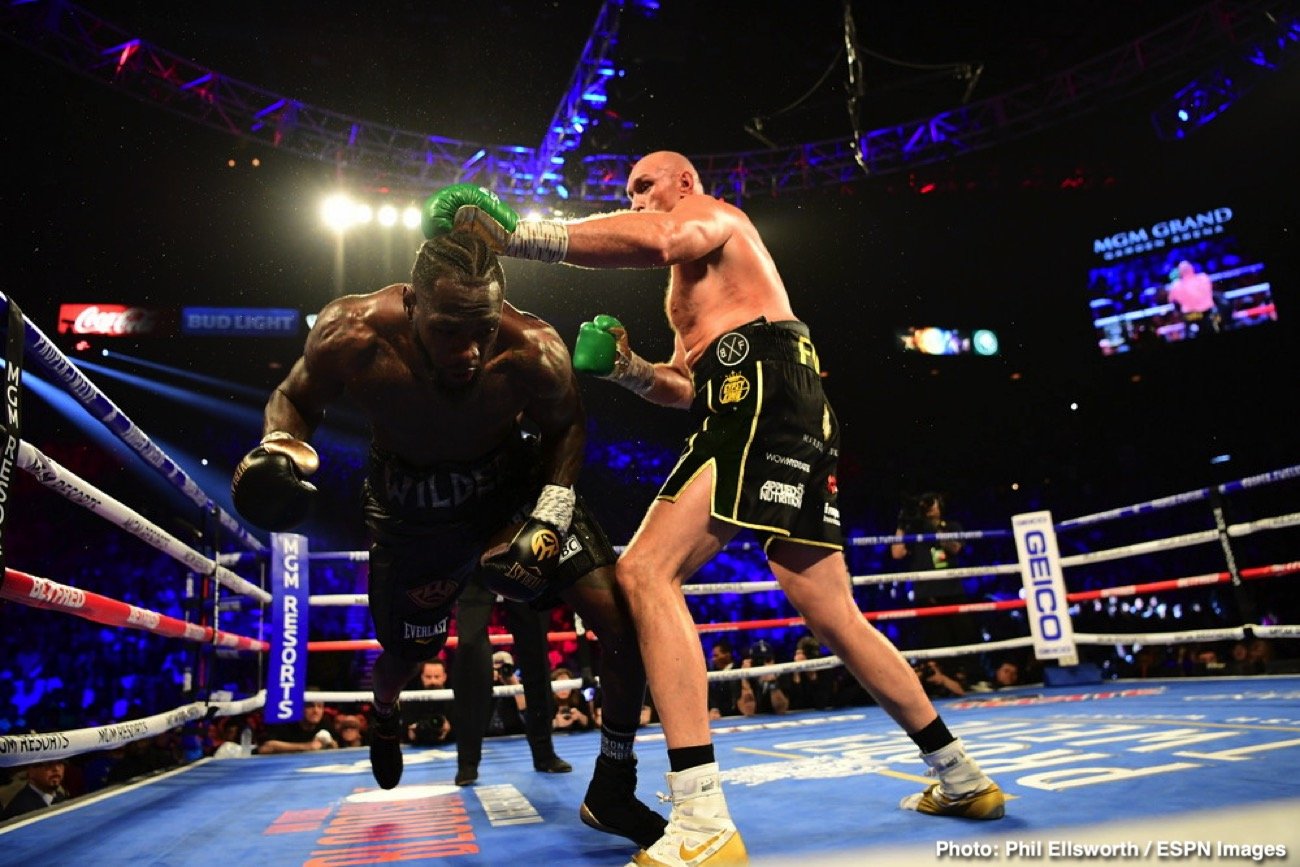 By Chris Williams:  Andre Ward is one of many who believe that Deontay Wilder should be happy that his fight with Tyson Fury was stopped in the 7th round by his trainer Mark Breland throwing in the towel.

Ward says that there wouldn’t be as much interest in a third Fury-Wilder fight if Deontay was knocked out cold by Fury (30-0-1, 21 KOs) in round 7, and that’s the direction he believes the fight was heading at the time. Wilder was against the ropes and taking punishment from Fury.

“We’re even talking about a third fight right now because the trainer Mark Breland did what he was supposed to do,” said Ward to ESPN’s First Take. “Imagine the optics if Deontay Wilder was knocked out cold face-first or if he was left in a heap in the corner. Do you really think a third fight would sell? The fact that we’re even talking about this is because of Mark Breland,” said Ward.

A third Wilder-Fury fight might not sell even without Wilder not getting knocked out cold. It was such a one-sided affair that a lot of fans don’t want to see them face each other again because they don’t believe he’s got a chance of winning. Wilder was getting out-boxed the entire time by Fury in the rematch and he was getting the same thing in the first fight. There was zero improvement in Wilder’s game, and he was getting humiliated by Fury from the very start.

The fans wanted Wilder to let Fury face Anthony Joshua instead, and they felt it would be good for him to work on his game. Wilder doesn’t want to do that though, and he’s already triggered the rematch clause to force a third fight with The Gypsy King.

“He’s got to grab something and I don’t think that was the right thing to grab, and I heard someone say this is a good time for Wilder to fall back and go on vacation and take some time think, to process and not do interviews,” said Ward.

“He may say things now that he may later on down the road regrets,” said Ward.  “I think it was the 273 pounds of flesh that Tyson Fury had on him that wore Deontay down, as well as the punches he had to deal with. The suit may have effected him to a degree, but it did not affect him on the outcome of the fight. I don’t think that’s accurate,” said Ward.

It’s too late for Wilder to stop giving interviews because he’s already done damage to himself with his uniform excuse. The fans and the entire boxing world have been unloading on Wilder continuously ever since he came up with the uniform alibi for why he lost the fight. There’s no way that Wilder can shut that talk down because he already said it.

The fans aren’t going to let Wilder ever forget it, and the only thing he can do is avenge his loss to Fury by knocking him out. If Wilder beats Fury in the rematch, then a lot of the criticism of over his uniform will disappear but not all of it. A second defeat for Wilder against Fury may finish him as a fighter. It won’t be all bad for Wilder though. He’ll still be rich, and he can retire and live a good life with all the money he’s made during his career.