Anthony Joshua vs. Tyson Fury to wait until February 2021 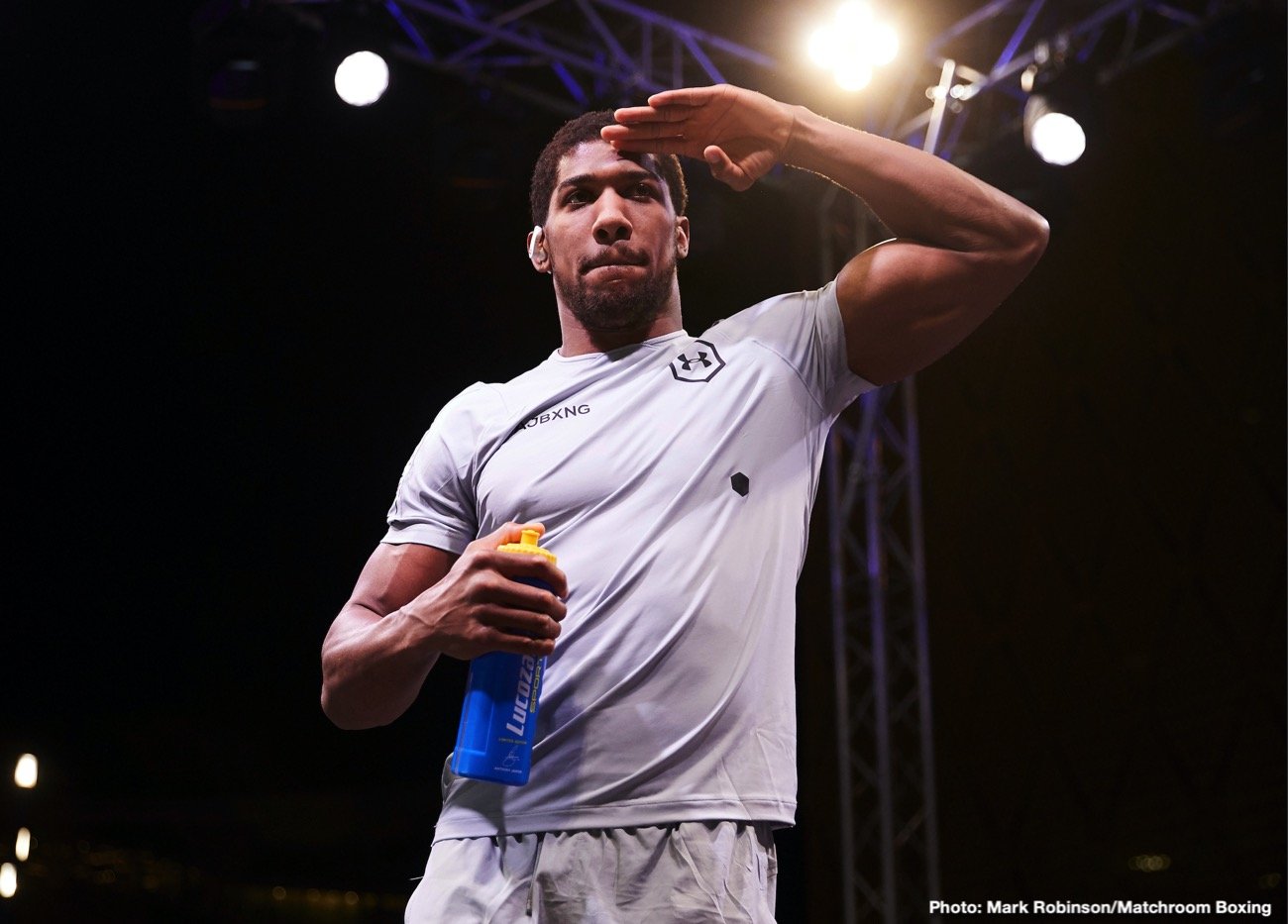 By Charles Brun: Anthony Joshua and Tyson Fury won’t be fighting for the undisputed heavyweight championship until February 2021 under the current conditions.

With Fury now scheduled to fight former WBC heavyweight champion Deontay Wilder on October 3, the clash between IBF/WBA/WBO champion Joshua (23-1, 21 KOs) and ‘The Gypsy King’ won’t be able to take place until early 2021 in February, according to promoter Frank Warren.

Frank sees the situation with Las Vegas being on lockdown due to the coronavirus and the State Commission having boxing closed down right now makes it unlikely he Fury vs. Joshua fight can happen in 2020.

The new working date of October 3 for the Fury vs. Wilder 3 fight might not work either, and that could be pushed back even further. If boxing is still on the shutdown by October, then we could see the Fury-Wilder trilogy moved a different date. July 18 was the previous deadline date for the fight to take place.

Fury vs. Joshua to get pushed to February 2021

“That will push [Joshua vs. Fury] back sometime in February,” said Warren to The Mirror. “They’ve locked down Vegas and the commission has said no boxing.

“We need the time to do the Wilder fight justice in terms of promotion, it won’t go on till the autumn.

“The problem you have is also the training camps if they can’t do them properly, they can’t get in sparring partners from around the world. Fighters also need a date to be fully focused on…we can’t give them any dates.”

Warren brings up a good point about the Fury-Joshua promotion not being able to do justice if it’s done in a hurry.  The problem is the promotion for that fight won’t be able to take place until AFTER Fury fights Wilder on October 3, and it’s likely that a lot of boxing fans will still be talking about that fight for weeks afterward.

The fans won’t start thinking immediately about Joshua and Fury until the excitement dies down from the Tyson vs. Wilder 3 fight.

Tyson fighting Wilder in October throws things off for an undisputed heavyweight championship bout against Joshua in 2020. Although Fury views himself as a warrior, getting back into training camp right away after his October 3 fight with Wilder, it would be too much.

Fury will need to recover from the Wilder fight before he begins training for a unification match against Joshua.

From Top Rank’s perspective, they have no choice but to move the Fury fight with Wilder to October. There’s no chance the fight can happen right now with the coronavirus, and travel restrictions make it untenable as well.

Moving the trilogy clash between Fury and Wilder to October means for all intents and purposes that ‘The Gypsy King’ will be done for the year after that bout.

To be sure, Fury could probably hop back into the ring to fight in December of this year if he was facing an average opponent in a tune-up level fight, but that won’t be the case.

Joshua is someone that Fury will need a lot of training to get prepared for, and he’s not going to be able to do that in a hurry. Additionally, Nevada will need to be open to boxing once again, and it’s anyone’s guess if that’ll happen in 2020.

Joshua and Fury still need to win their next fights

It’s still early yet to be talking about a fight between Joshua and Fury right now, considering both guys have title defenses they need to get out of the way. Joshua will be defending against IBF mandatory Kubrat Pulev on June 20 in London, and that fight could get postponed to July 25 or later.

Joshua and his promoter Eddie Hearn both want the Fury fight to take place in 2020, but delays of their respective fights make it unlikely

Fury has a contractual trilogy fight against Wilder he needs to deal with before he can think of before he can turn his attention to Joshua. That’s a fight that Fury has to get out of the way first before he can look to Joshua, and there’s no guarantees that he’ll beat Wilder.

You have to believe that Wilder will come into the third fight better than he was for the first two, and he’ll have a puncher’s chance of winning.