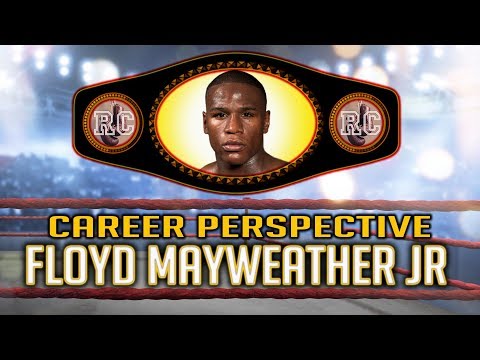 By Rummys Corner: Floyd Mayweather Jr is truly one of a kind.

Mayweather retired years ago, and yet he remains one of those boxers who is still frequently a hot topic on boxing message boards, social media, and basically the entire online boxing community. Mayweather was the richest boxing superstar in the history of the sport. Mayweather also retired with a perfect unblemished record with 50 victories, 0 defeats, 0 draws, and 27 of those wins coming by way of knockout. And out of those 50 victories, 26 of them came in championship contests. Mayweather won major world titles spanning across five different weight divisions, and he was widely viewed among the very best elite talents in the sport for the better part of 20 years. He first appeared in Ring’s pound for pound rankings in 1998, and he remained at or near the top all the way through 2015.

Now that Floyd is retired, we can begin to reflect back on his impressive string of accomplishments with the advantage of hindsight. But even before Floyd retired, he was such a talented pugilist that even during his career, he was frequently featured in hypothetical match-ups against some of the greatest boxers to ever lace them up – all time greats like Roberto Duran, Pernell Whitaker, Sugar Ray Robinson, Sugar Ray Leonard, and Thomas Hearns just to name a few.

Opinions are divided. Mayweather’s popularity came with an inherent dose of supporters and critics alike, or put differently – fans and haters and everyone in between. That leads to drastically differing opinions on how to rate Mayweather in any historical context. But if you get past the vocal extremists who either love or hate Mayweather, most reasonable observers would likely agree that he is one of the greatest of all time and the greatest of his generation. But everyone has his own opinion, so perspectives on his career still vary significantly.

This edition of Rummy’s Corner will provide one fan’s perspective into the long and illustrious accomplished career of the great Floyd Mayweather Jr. For one fan’s take on Floyd’s career, please watch and enjoy this video.