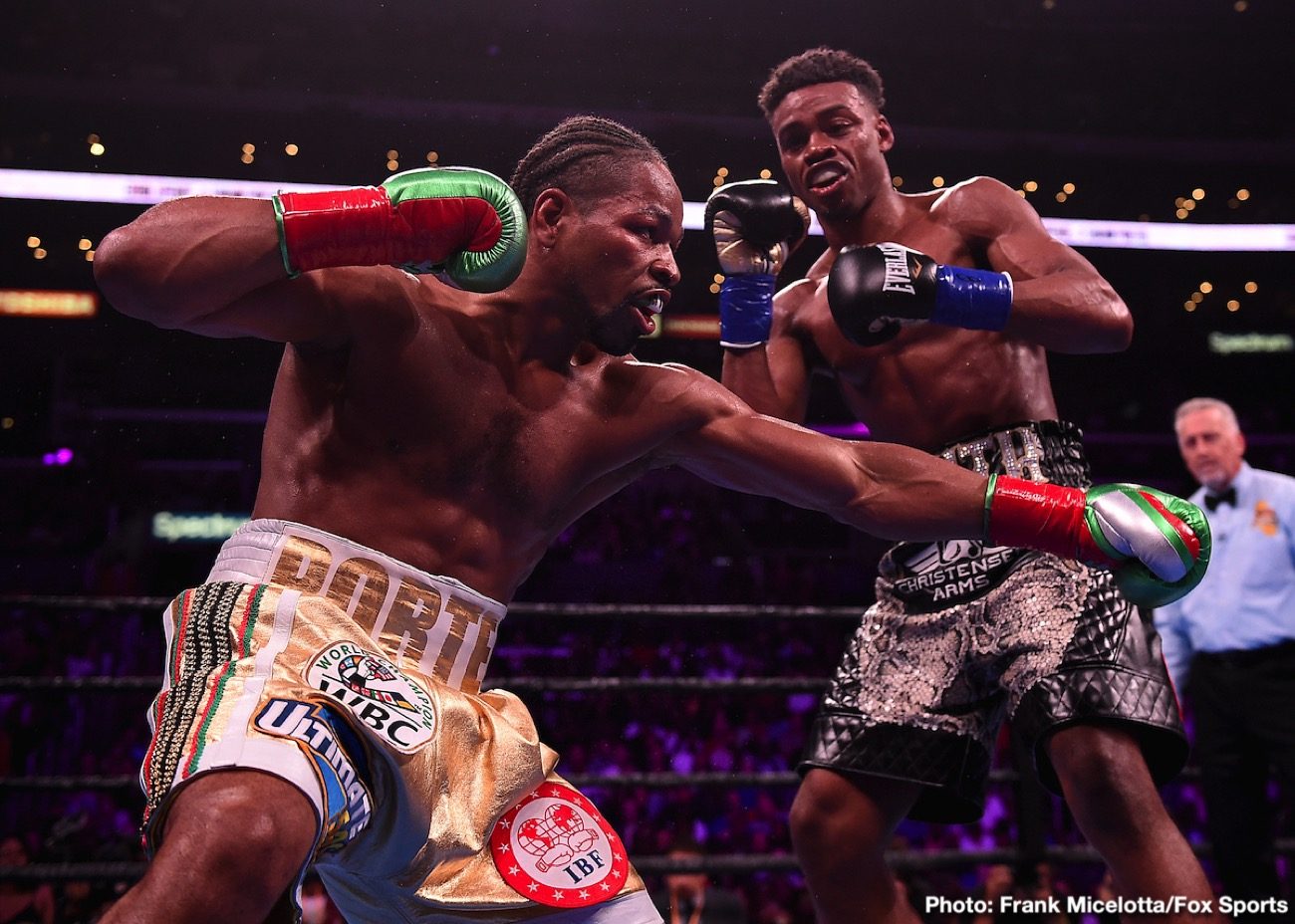 By Chris Williams: Showtime Shawn Porter says he’ll be fighting in June at the latest, and he’s hoping to get one of the big names at 147 to face him. However, he’s already ruling out 4 of the top 5 welterweights that WON’T be available to fight him in June.

Porter (30-3-1, 17 KOs) says he’ll be having a conversation with Terence Crawford soon to see if there’s interest on his part for a fight against him.

Porter needs an opponent for June

Presumably, Crawford (36-0, 27 KOs) is the guy that Porter, 32, wants to fight in June. We’ll have to see if the match comes down. If not, Porter could end up facing a lower level fighter. One guy Porter doesn’t seem to be interested in fighting is Yordenis Ugas, who he beat by a highly questionable 12 round split decision last year in March.

Ugas (25-4, 12 KOs) appeared to beat Porter even more decisively than Spence did, but he was given the short end of the stick with two of the judges giving it to Shawn. The third judge had Ugas winning 117-111. That’s how Boxing News 24 scored it. Ugas dominated Porter and beat him on the inside the on the outside in a fight that wasn’t close.

Shawn agrees with Bradley that some PBC fighters are ducking Crawford

“So if you take out who he wasn’t talking about, then you know who he was talking about. Tim knows, and we’ve had this conversation. We’re from the same place. We do whatever it takes whenever it takes, and he knows that about me. I’m a fighter, and I’m ready to fight everybody when the times is right.

“Absolutely,” said Porter when asked if Bradley has a point in calling out the PBC fighters to step up and agree to face Crawford. “Even within PBC, there are fighters that are avoiding fighters, within PBC. Guys aren’t fighting with their hearts.

“They’re fighting with their brains. What I mean by that, they’re trying to figure out how much money they can make, and who is the easiest one out there for me to take on. We’re getting to the point now where you can’t duck anybody, even on the PBC side,” said Porter.

The Premier Boxing Champion welterweights aren’t avoiding Terence Crawford. It’s a situation where the PBC guys have plenty of great fights against each other, so why would they want to cross the pond t face a switch-hitting counter puncher, who moves a lot.

“You just saw me get it on, and you’ll see me get it on with someone else big,” said Porter about his next fight in June.  “If that isn’t Terence Crawford, it’ll be somebody else on the PBC side.

“Until we talk, and until we have our conversation that we agreed upon, we’re going to say nothing about each other that’s offsides,” said Porter in talking nicely about Crawford. “We owe that respect to one another.

There’s no upside for the PBC guys to want to fight Crawford. Porter is obviously trying to get a fight against Crawford, but he has less to lose against him Shawn is getting up there in age at 32, and he loses each time he steps it up. So if Porter gets beaten by Crawford, it’s standard for him.

“I believe who I’m not going to get is Manny Pacquiao, and that’s Errol Spence, and that’s Keith Thurman,” said Porter. “Keith Thurman is injured, and that’s Danny Garcia, who fights almost once a year. He probably won’t get back in the ring again until December.

“I ain’t got time for that,” Porter said about not wanting to wait until December to fight Danny Garcia. “So those are the top guys. So I’m just trying to figure out who’s going to take it. June is the latest,” said Porter when asked ‘WHEN’ he’ll be fighting again.

“I’m going to force somebody to fight me by June. Until then, I’m going to try to be cool, to be calm and to be ESP. When you see me getting back into the ring in June, ‘Showtime’ Shawn Porter is back,” said Porter.

Unless Crawford fights Porter in June, it’s likely he’ll be fighting someone like Josesito Lopez, Sergei Lipinets, Ray Robinson or Thomas Dulorme. It would be nice to see Porter fight Vergil Ortiz Jr., but he’d likely get knocked out by the young KO artist. I can’t see Porter taking that fight with Ortiz Jr.

The only big win for Porter in the last five years was against Danny Garcia, and that was after Keith Thurman beat him. 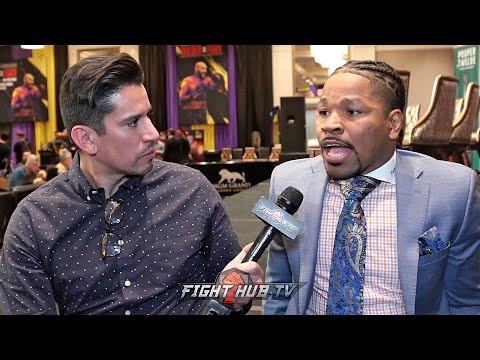 
« Foster vs. Reid 2 LIVE on ESPN+ from London, UK on Saturday