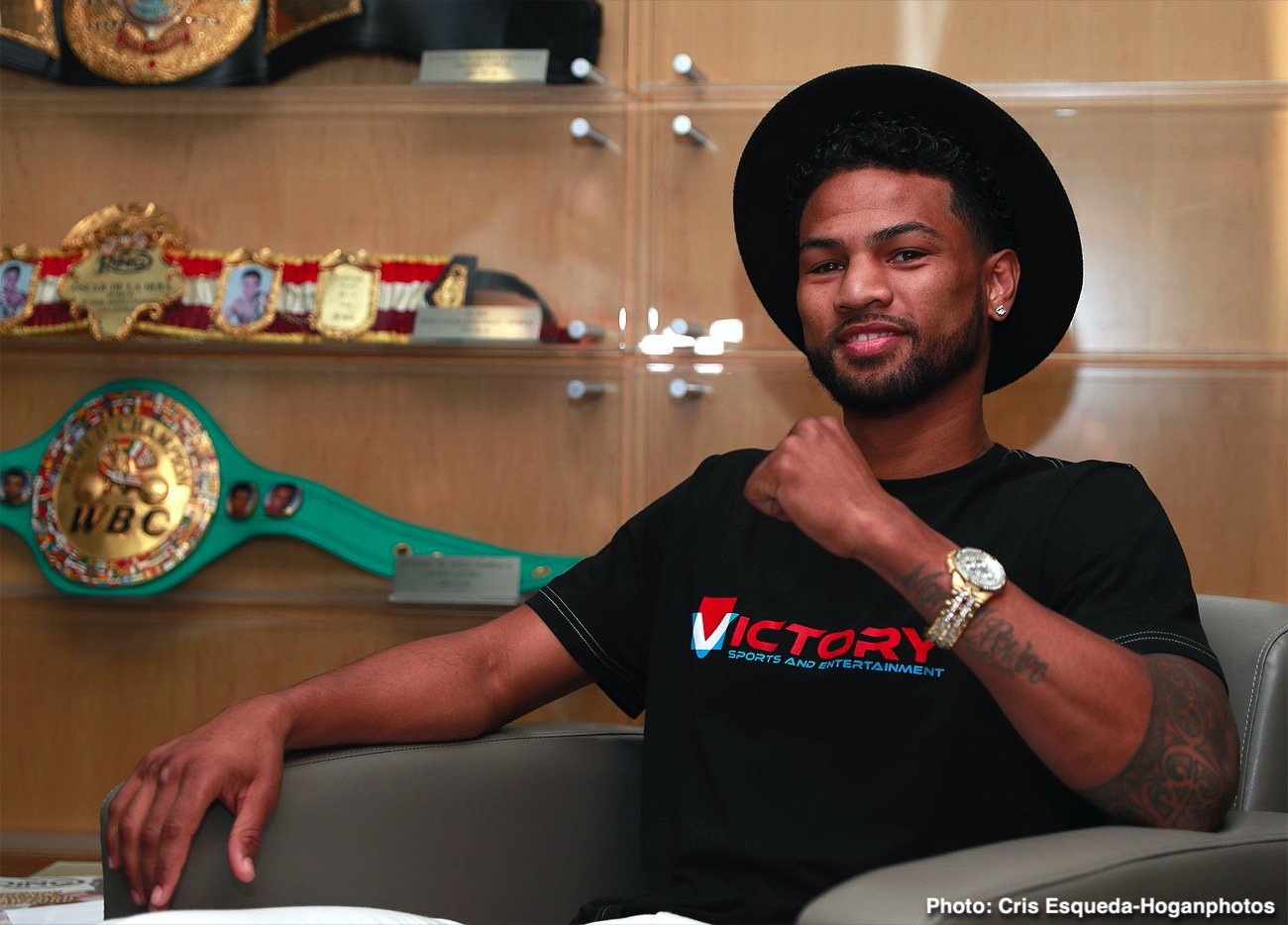 Mosley Jr. is a 29-year-old middleweight standout who made his professional debut in 2014. Son of Hall of Famer Shane Mosley, Sr., the younger Mosley has spent the past few years fighting all over the country. Most recently, he participated in the revived reality show The Contender from MGM Television and Paramount Television, which airs on premium cable network EPIX, and he’s coming off two victories in a row.

“I am thrilled to be joining Golden Boy,” said Shane Mosley Jr. “I feel this was meant to be; I’ve known Oscar, Eric and Robert since I was a kid. It feels like a homecoming. This is an incredible opportunity for me and a big step in the right direction on the road to becoming a world champion. I’m grateful to Golden Boy, The Contender and my management team, Victory Sports, for making this happen.”

“Shane Mosley Jr. is family to us,” said Oscar De La Hoya, Chairman and CEO of Golden Boy. “We’ve known him since he was very young. So, I’m delighted to have him join the Golden Boy stable. This is the place where he belongs, and I’m positive that he will flourish in his new home.”

“We’ve had a long relationship with Oscar De La Hoya and Golden Boy,” said Jeff Wald of the Tournament of Contenders. “So, this is great for Shane Mosley Jr. It’s the result of his hard work, discipline and dedication. It’s easy for people to underestimate Shane Mosley Jr. He doesn’t come from the tough background like most fighters, and his movie star good looks make people think he’s not as tough, but believe me the kid can fight.”

“We are excited to partner with Golden Boy and feel that this is the best place for Shane to take his career to the next level,” said Rick Torres, President of Victory Sports. “Having worked with Oscar, Eric and Robert on a number of events in the past, I know they have what it takes to help us guide Shane to a world championship.” 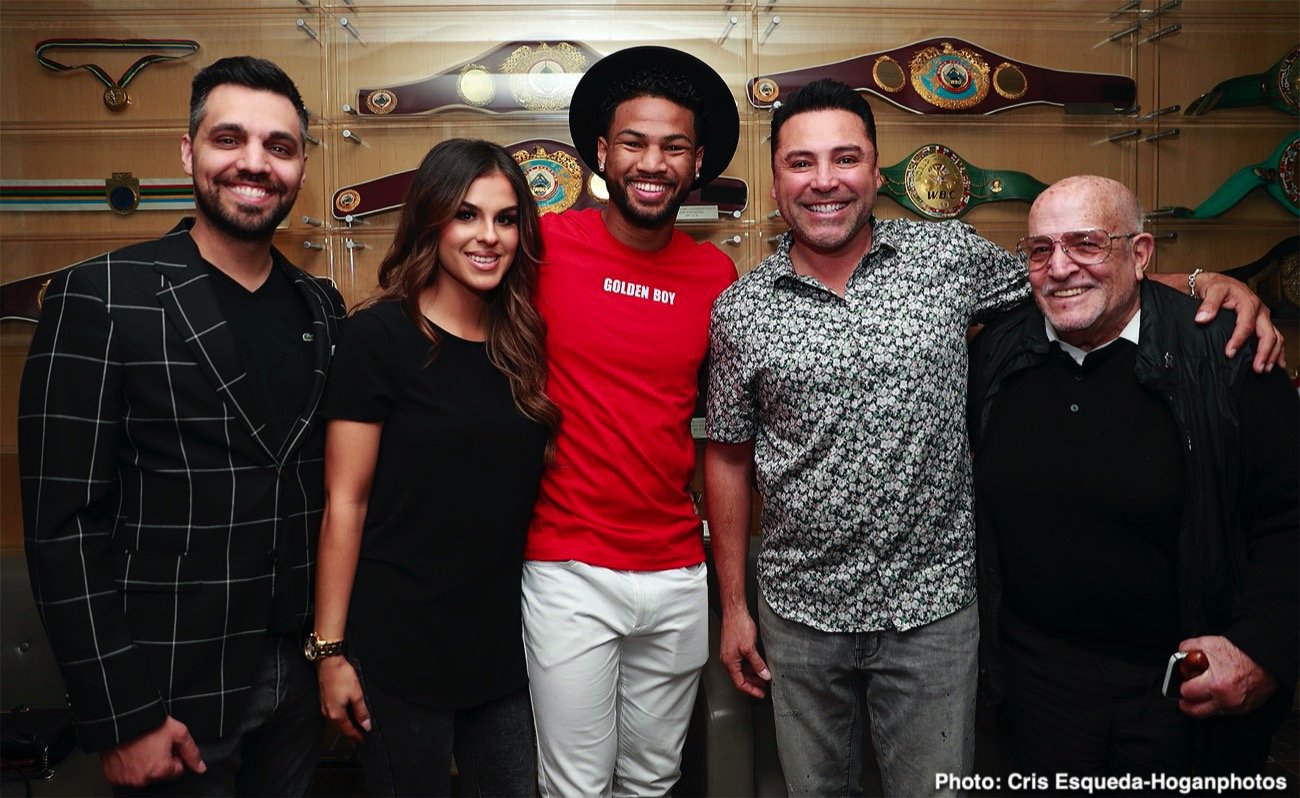 Golden Boy is delighted to announce that it has signed Hawaiian amateur standouts Dalis Kaleiopu and Asa Stevens to promotional agreements. This exciting duo will look to make their professional debut in the near future.

Kaleiopu is a 21-year-old native of Waianae, Hawaii who will compete in the lightweight division. After starting to box at the age of 13, Kaleiopu participated in several amateur tournaments and the Olympic Trials. This young prospect can box and punch, so he’ll look to make waves in the stacked 140-pound division.

“I thank God for allowing me to be in this position and to have Golden Boy promote me,” said Dalis Kaleiopu. “This is a big compliment to my family and team for all the hard work we do together in and outside of the ring. Oscar was a great fighter, and he has developed champions all over the world. So, to be a Hawaiian from a small island in the middle of the Pacific Ocean makes me feel truly blessed to be in your stable amongst your great champions. Mahalo Nui Loa, Mr. De La Hoya and Team Golden Boy.”

Stevens, a 19-year-old prodigy who is also from Waianae, Hawaii, will compete in the bantamweight division. Stevens is a multi-national amateur champion with a smooth, tactical southpaw style. The cousin of UFC fighter Max Halloway, Stevens will look to gain similar popularity in the sport of boxing.

“This is beginning to feel real now,” said Asa Stevens. “The thought of turning pro and becoming a world champion was secondary to becoming an Olympian. But now I understand the amateurs were just a part of my journey and that those dreams are over with. Now, I am ready to turn the page to this new chapter of my life and showcase my talent as a professional. Waianae, Hawaii, we are on the map now. The world is watching, and I won’t let us down!”

“Our stable is getting better and better every single day,” said Oscar De La Hoya, Chairman and CEO of Golden Boy. “Dalis Kaleiopu is a huge kid for 135 pounds, so we look forward to seeing him grow in what is a very stacked division for us at Golden Boy. On the other hand, Asa Stevens is a slick, intelligent southpaw who without a doubt will enter the upper echelon of the division in just a few years. With these two new talents, anything is possible. We can even host an event in Hawaii so they can showcase their skills in front of a hometown crowd. Stay tuned.”