Sergey Kovalev moving up to cruiserweight 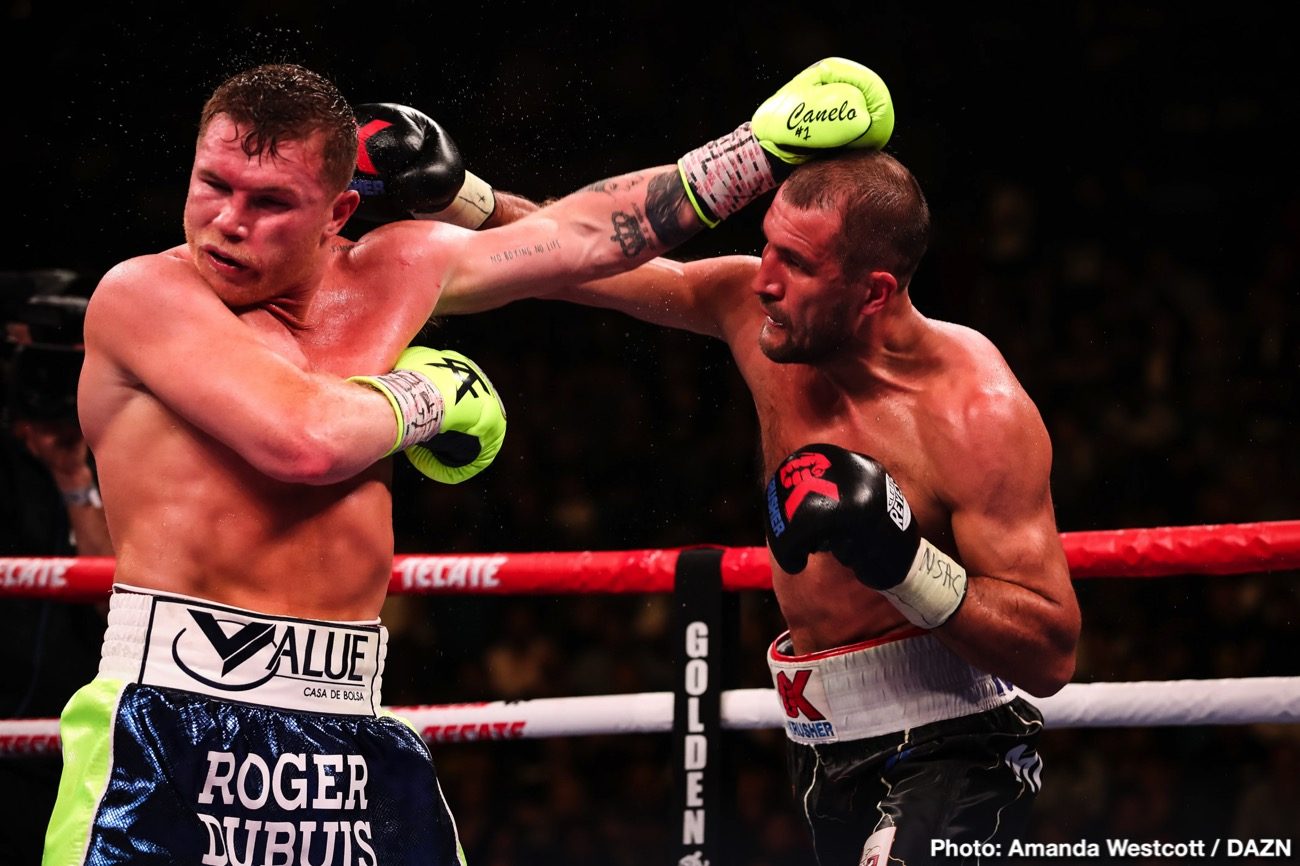 By Kenneth Friedman: Former light heavyweight champion Sergey Kovalev will be moving up to cruiserweight for his next fight, according to his trainer Buddy McGirt. The weak looking Kovalev was stopped in the 11th round by Canelo Alvarez in his last fight on November 2 in Las Vegas.

Kovalev lost his WBO 175-lb title in the defeat. What struck boxing fans as odd was how drained and lethargic Kovalev was for the fight. It was as if he was fighting at only a fraction of his normal power. Not long after the fight, Kovalev revealed that

Buddy says the 36-year-old Kovalev (34-4-1, 29 KOs) is finding it harder to make the 175-lb limit at light heavyweight, and believes that it’s wise for him to go up to cruiserweight at this point.

“He’s going up to cruiserweight,” McGirt said to Boxing Junkie. “We’ll start training in about a month. As long as we go to 185 [pounds], we’re good. No more than 185,” McGirt said. “He can come in at 180 and beat those guys. He’ll be light, and that’s OK. I think he’ll be better at that weight,” said McGirt about Kovalev.

It’s not a good sign that Kovalev was knocked out by a middleweight in his last fight against Canelo Alvarez. Going up against big cruiserweights is going to be a problem for Kovalev to deal with. With that said, Kovalev will do well against cruiserweights like Ilunga Makabu, Michal Cieslak and Krzysztof Glowacki.

There are a lot of cruiserweights that Kovalev would have a big advantage over in terms of his overall boxing ability. The guys that Kovalev could have issues with though are the pure punchers like Yunier ‘The KO Doctor’ Dorticos, Lawrence Okolie and Krszysztof Wlodarczyk.

Kovalev: It was impossible for me to win

Although a lot of boxing fans aren’t buying Kovalev’s excuses for why he lost to Canelo, it’s hard to not believe that he was weight drained. He sure looked weak.

Kovalev only appeared at full strength in one of the rounds against Canelo, and that was the 8th. After the fight, a lot of boxing fans thought it was fixed, because of how weak Kovalev looked compared to his previous fight against Anthony Yarde last August.

No big names for Kovalev to fight at cruiserweight

One big drawback to Kovalev moving up to cruiserweight is the lack of big name fighters in this division. Without any popular fighters in the division, Kovalev’s chances of making good money is limited.