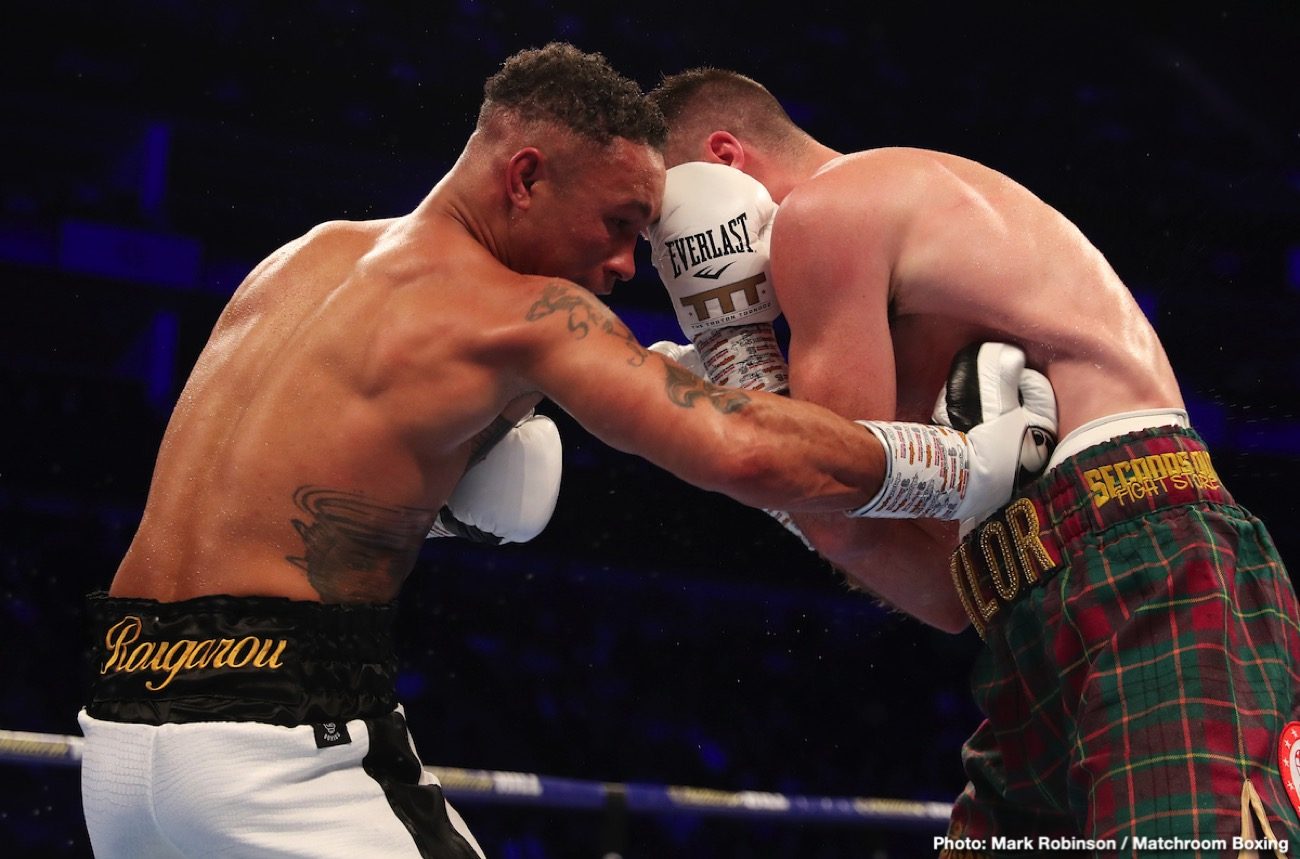 By Dean Berman:  The between former light-welterweight champions Regis Prograis and Maurice Hooker is set for April 17 LIVE on DAZN at the MGM National Harbor in Oxon Hill, Maryland.

This is a great fight between two talented 140-lb contenders. There will be a news conference this week on Thursday held by Matchroom Boxing promoter Eddie Hearn in Frisco, Texas, according to Dan Rafael.

Prograis, 31, lost a controversial 12 round majority decision to Josh Taylor on October 26 at the O2 Arena in London, England. To this day, Prograis is convinced he did enough to deserve the victory. However, he was fighting Taylor, a British fighter, in the UK, and he didn’t do enough to impress the judges in that country. The Taylor-Prograis fight was the final of the World Boxing Super Series tournament.

Prograis (24-1, 20 KOs) says he wants a rematch with Taylor, but his new promoters at Top Rank Boxing have other plans for him. They’re looking to match Taylor (16-0, 12 KOs) against his IBF mandatory Apinan Sakkreerin next, and then they’ll be putting him in against WBC/WBO 140-lb champion Jose Ramirez in a fight for the undisputed light welterweight championship.

Prograis might get a chance to face Taylor in 2021, but probably not unless he moves up to 147. That’s where Taylor is heading if/when he unifies the weight class against Ramirez. If Prograis does fight Taylor again, he’ll need to stay on the outside, because that’s where he had his best success. Taylor is a great inside fighter, but he was getting picked off all night by Prograis when he was on the outside.

Hooker (27-1-3, 18 KOs) won the vacant WBO 140-lb title in June 2018 in beating Terry Flanagan by a 12 round split decision. In Hooker’s two successful title defenses, he defeated Mikkel LesPierre and Alex Saucedo. Those were guys that had the perfect style for Hooker to succeed.

When Hooker met up with Ramirez, he couldn’t handle the pressure and retreating all around the ring. No matter how hard Hooker tried, he was unable to stand and fight Ramirez the way he needed to for him to win.

On the undercard, former WBA super featherweight champion Javier Fortuna will be facing Luke Campbell for the vacant World Boxing Association 135-lb belt. This is the strap that was stripped by the WBC from injured champion Devin Haney.

Campbell vs. Fortuna fight might end up more competitive than the main event, as Prograis is likely going to walk Hooker down and blast him out the same way Jose Ramirez did. Although the tall 5’11” Hooker can punch, he has a nasty habit of backing up when his opponents come at him. Against Ramirez, Hooker paid the price when he backed up against the ropes one time too many and was taken out in the 6th.


« Deontay Wilder angered by the FOULING by Tyson Fury