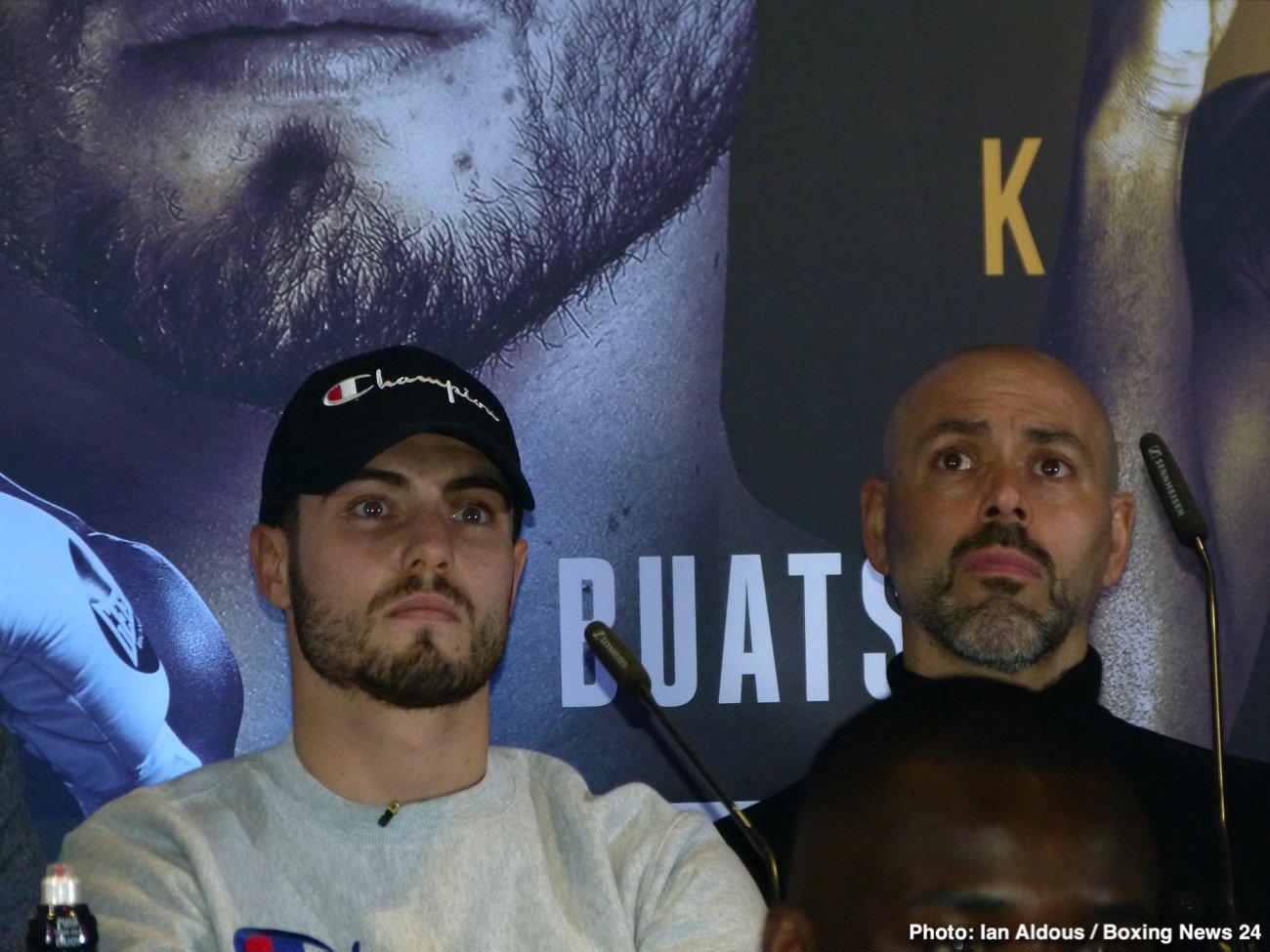 By Tim Royner: Josh Kelly (10-0-1, 6 KOs) will be looking to silence his many doubters next month when he challenges EBU welterweight champion David Avanesyan (26-3-1, 18 KOs) on March 28 on Sky Sports and DAZN at the O2 Arena in London, UK.

Kelly, 25, pulled out of a scheduled fight against Avanesyan more than a year ago due to an illness, and a lot of boxing fans felt that he lost his nerve. Avanesyan’s management believe that Kelly didn’t fancy the job.

It’s too bad Kelly wasn’t up to it to fight Avanesyan in 2018, because the Russian fighter has gotten better since then. He’s developed his punching power suddenly, and become an excellent body puncher.

Kelly’s habit of fighting with his hands down, showboating and resting against the ropes could hurt his chances of winning if he does that against Avanesyan. Needless to say, the 2016 Olympian Kelly hasn’t looked good in his last three fights against Wiston Campos, Ray Robinson and Przemyslaw Runowski.

“David is a great fighter. I respect him, and I respect what he’s done,” said Kelly to IFL TV. “I was ready then, and I’m twice as ready now. I’m taking this fight, and not thinking about things from the past. I feel like I’m ready. I can’t wait to step in the ring, and this is the thing I need to get me going.

“He’s a solid opponent, and I need to perform,” said Josh of Avanesyan. “If I don’t, I could get hurt. Every time I’m in the gym, I need to think this sport is no joke. You go in there and risk your life to entertain people. I’m ready and I’m training hard,” said Kelly.

The way Kelly fought against Campos and Robinson specifically won’t work for him against Avanesyan. He’s got to keep his hands up against the Russian fighter, and not retreat to the ropes as much. Kelly was doing a lot of showboating in those fights, and getting caught with punches.

His trainer Adam Booth doesn’t appear to have fixed the flaws in Kelly’s game. If nothing else, Booth should taught Kelly to keep his hands up more, but perhaps he’s incapable of learning at this point in his career.

Avanesyan, 31, has been looking like a machine lately in halting Jose Del Rio and Kerman Lejarraga in early knockouts. He twice stopped LeJarraga, and looked devastatingly powerful in their rematch last September.

“The European title. It doesn’t bother me,” said Kelly. “You can talk all you want. It doesn’t affect me. It doesn’t change anything. Social media has given these people a mouth. None of those voices are going to help you in the ring. Only you and your opponent are there. That’s when it gets down to it, and all the training that you’ve done and your ability.

“Your talent, and everything you did, that’s what’s going to show up,” said Kelly. “God willing I perform the way I can perform, and know I can perform. It’s getting bigger and bigger. You got internal pressure on yourself. I know how good I am, and I know what I can do.

Avanesyan is going to be going after Kelly to knock him out quickly, as he’s not going to want to mess about with the showboating that he’ll be doing. A win for Avanesyan could get him a world title shot or the WBA belt.

It’s good that Kelly isn’t focusing on his critics right now, because he might lose his self confidence if he paid attention to all that.

Kelly fought to a 10 round draw last year against Ray Robinson on June 1. A lot of boxing fans felt that Kelly deserved a defeat in that fight, and it might have been better if he had lost. It would have given him a wakeup call to change things in his game.