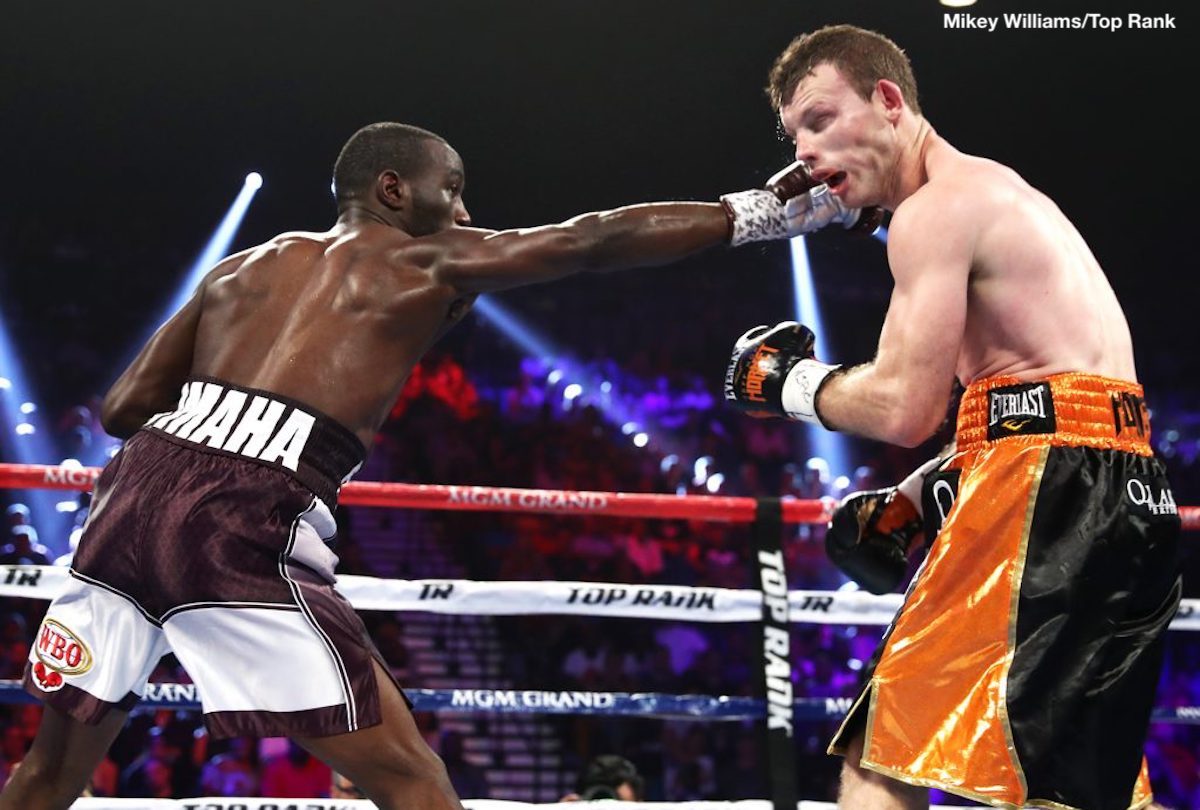 By Barry Holbrook: Former WBO welterweight champion Jeff Horn and junior middleweight contender Tim Tszyu have agreed to terms for a fight in April in Austalia. The fight will take place at 154, according to @MikeCoppinger. There will be an annoucement soon on the Horn-Tszyu fight.

While the Horn (20-2-1, 13 KOs) vs. Tszyu match may not seem like a big fight to boxing fans worldwide, it’s a big deal in Australia. The fight will bring in a lot of money on pay-per-view in Australia.

The 25-year-old Tszyu (15-0, 11 KOs) is the son of former IBF/WBA/WBC light welterweight champion Kostya Tszyu. Tim is a good fighter, but he’s never been tested against a good opponent during 4-year pro career.  The young Tszyu is ranked #7 with the International Boxing Federation at light middleweight. His best wins have come against these fighters:

Tyzyu’s resume is filled with no names. He might not be ready to take on a fighter like Horn, even though he’s not a high caliber fighter at 154.

”I have a lot of respect for Tim Tszyu, and what his dad did in the past,” Horn said to Main Event boxing podcast. “But it definitely comes down to business and I’m in there to beat Tim Tszyu.”

Jeff Horn with controversial win over Pacquiao in 2017

Horn is best known for his controversial 12 round unanimous decision upset win over Manny Pacquiao in July 2017 in Brisbane, Australia. This fight created a lot of anger from boxing fan around the world, as they felt that Horn was given a hometown decision.

Whether you agreed with that opinion or not, Horn did get away with roughing Pacquiao up for 12 rounds, and he wasn’t penalized. There was a lot of accidental head-butting, shoving and head-locks that Horn used.

Former WBO 147-lb champion Horn, 31, has lost 2 out of his last 4 rights. He was dethroned by Terence Crawford in a 9th round knockout loss in June of 2018. Horn then came back strong to stop 43-year-old former two-time WBA super middleweight champion Anthony Mundine (48-1-, 28 KOs) by a 1st round knockout in November 2018.

Horn coming off win over Zerafa

In his next fight, Horn was beaten up and stopped by middleweight Michael Zerafa (27-4, 18 KOs) by a 9th round knockout in August 2019. Zerafa had too much size, youth and power for Horn at the time. To Horn’s credit, he trained hard and came back to defeat Zerafa by a 10 round majority decision last December in a fight in Brisbane, Australia.

“This fight is like every fight of mine. I’m going to take it seriously and again, it’s just one step at a time. Jeff Horn’s just another name on the list,” said Tszyu via fightnews.com.

This will be a good payday for Horn and Tszyu, but it’s not going to prepare either of them to defeat the elite junior middleweights in the division. Horn and Tszyu don’t look ready to take on the likes of Jermell Charlo, Jeison Rosario, Julian Williams or Patrick Teixeira.


« Hearn: Andrade MUST fight Canelo, GGG, Charlo or Munguia NEXT

Bivol and Usyk give Fury the edge against Wilder »