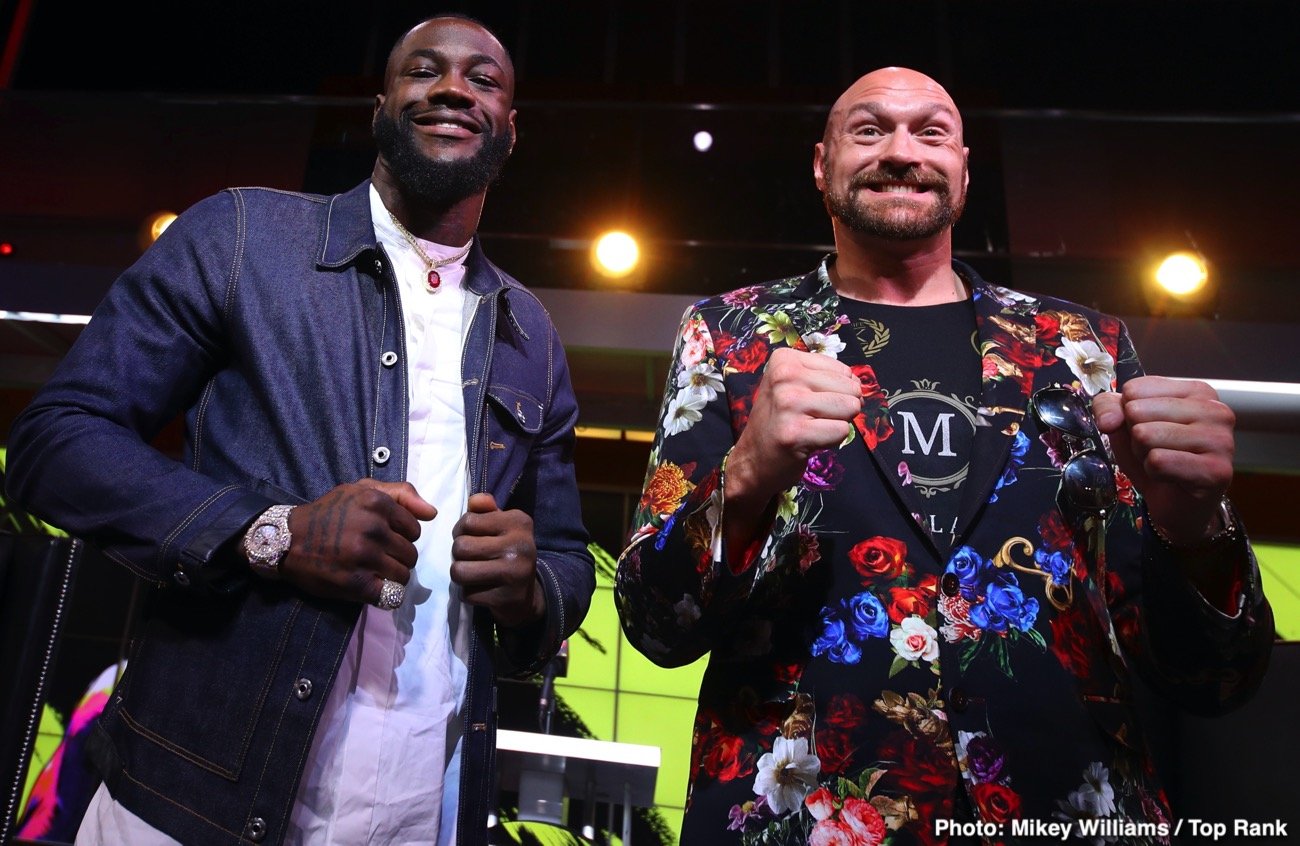 By Joseph Hirsch: Making predictions in boxing is fun – Even more gratifying is making a bold prediction, having fellow fans doubt you, and then showing up after you’ve proved you were right to gloat and strut a little bit. Every man gets a kick out of picking the right horse, even if he had nothing on the bet besides his reputation at the local pub.

But boxing is the theater of the unexpected, and unless you have money riding on a fight, or your job is to pick winners for a living as a handicapper, being wrong should not only not be a source of shame, but should be part of the thrill.

For if boxing is a form of entertainment, theater for people who maybe don’t like to watch Shakespeare in the park, being surprised is part of the fun. If every odds-on favorite won and every underdog fell by the wayside, boxing would get boring pretty quick.

That said, though, even if your job is to predict winners and losers, you’re pretty much at a loss about trying to guess the outcome of Deontay “Bronze Bomber” Wilder vs. Tyson “the Gypsy King,” Fury.

Don’t believe me? Go back and look at the betting line prior to the fluctuations caused by action (both smart money and superstitious money) flooding in. Recall that the line was marginally in Tyson Fury’s favor at the outset, but that most sportsbooks, on balance, had the line somewhere near 50/50. Ladies and gentlemen, 50/50 is the numerical equivalent of admitting “I don’t know.”

And who could even pretend to know this time out? Both boxers are freakish specimens of talent, in wonderfully contrasting ways, with Deontay Wilder always managing to summon a fireball of a right hand from Hell when he needs it, and Tyson Fury having dimensions similar to Nicolai Valuev (albeit more handsome) yet moving, slipping and rolling like a featherweight of the Golden Age.

As different as both men are, though, both have a couple things in common: iron wills bolstered by a near-religious conviction in their fistic destinies, along with something to prove.

The crowd is fickle, so fandom may not remember it, but I can recall before Tyson derailed Klitschko’s freight-train that people mocked him for being slow and that they took great pleasure in circulating a video of him punching himself in the face, as if this lone instance was somehow proof of Tyson’s ineptitude.

Sometime later on, the bandwagoners who jumped on the Fury Express after he became lineal champion could be forgiven for thinking that he was done for, as he ballooned up to over four-hundred pounds, battled mental illness, alcoholism, and cocaine addiction, only to come back and put on the performance of his life against hammer-handed WBC titlist Deontay Wilder.

For Wilder’s part, he has had to contend with the scorn of the hardcore fans, purists and cauliflower cognoscenti (especially from across the Pond) who mock him for his wide, windmill shots and his questionable level of competition. Nevermind that other all-time greats proved that “quantity had a quality of its own” by mowing down sometimes less-than-stellar competition or former greats in the twilight of their career. Joe Louis didn’t call it the “Bum of the Month Club” for nothing, and one of those “bums,” a part-time bartender from Orange, New Jersey, even managed to drop the “Brown Bomber” after training on nothing much aside from a steady diet of cigars and beer. Two-Ton Tony Galento was his name. Look him up, or catch his cameo in the classic movie On the Waterfront.

The point is that both men have made it this far despite the doubters, haters, pundits, purists, and mockers, exactly as the late, great Emmanuel Steward predicted when asked about the future of the heavyweight division well before both men grew into the fighters they are today.

They have a lot to prove, and both say that they see themselves winning on February 22nd (which can’t come fast enough for me).

But there’s a wide chasm between visualizing yourself winning and selling it in a press conference on the one hand, and actually making it happen against an equally determined foe on the night of the fight.

Can Tyson Fury knock Deontay Wilder out in two rounds? Will Deontay Wilder give Fury a second “baptism” and send him sailing through the ropes, into Press Row, and on into a second, fruitful (and less dangerous) career in professional wrestling?

To answer the first question first, I will give an emphatic yes, knowing full well the backlash that will come my way: Tyson Fury can knock Deontay Wilder out, and if he tried to catch his man cold and pour combinations onto him, sure, he could get a TKO in the second round. Stranger things have happened, though if Tyson were to put Wilder away with a single Sunday punch in the second round, that might be the most unexpected thing to happen in boxing since the Fan Man landed ringside in Holyfield-Bowe II.

But that Fury TKO is not outside the realm of the possible. For consider the first fight as proof: Tyson Fury, in that twelfth round where he practically summoned himself back from the dead, not only managed to stay on his feet to see the fight through, but put together some shots that stopped the moment Wilder had accumulated up to that point, and he actually forced the champ to backpedal. Deontay Wilder also has a tendency to sometimes shell up rather than moving laterally or clinching when a lot of shots come his way, so a gamble on a ton of volume and total emptying of the fusillade early might pay off for Fury (but it might also leave him gassed and unable to stay switched on for a distance fight, peppering Wilder with a jab and staying nimble on the backfoot).

Having said all that, though, no, I do not think that Tyson Fury will knock out Deontay Wilder in the second round, or that he will even attempt to do so. Nor do I think he’s especially trying to get inside Wilder’s head, which would be a waste this time around, since Wilder is much better acclimated to Fury’s mind games and psychological warfare tactics. Yes, Fury’s psyops are brilliant, but Wilder has definitely developed a resistance, if not an outright immunity, to Fury’s Ali-Lite theatrics.

If anything, Fury’s magnanimity to Wilder this time out more resembles Ray Leonard’s silver-tongued “kill ‘em with kindness” technique he employed in his runup to his super-fight with Marvelous Marvin Hagler (which, by the way, Leonard was supposed to lose, since he was coming off a long layoff and there were questions about his eye in the aftermath of his surgery for a detached retina).

If Fury is going to win (and he very well could), it will likely be by decision, not KO, TKO, or a mountain’s worth of mind games.

Addressing the second question: Do I think Deontay Wilder could not only knock Fury out, but send him through the ropes, a la Hasim Rahman vs. Oleg Maskaev, or Bernard Hopkins against working-class hero Joe Smith Jr?

Asking me if Wilder can knock Fury out or out of the ring is like asking me if I think the Sun rises in the East.

If you have to ask, though, do me a favor and make sure you keep your predictions confined to boxing forums, and away from the bookies. Your children’s college fund will thank me.

Joseph Hirsch, author of My Uncle’s New Eyes and other works