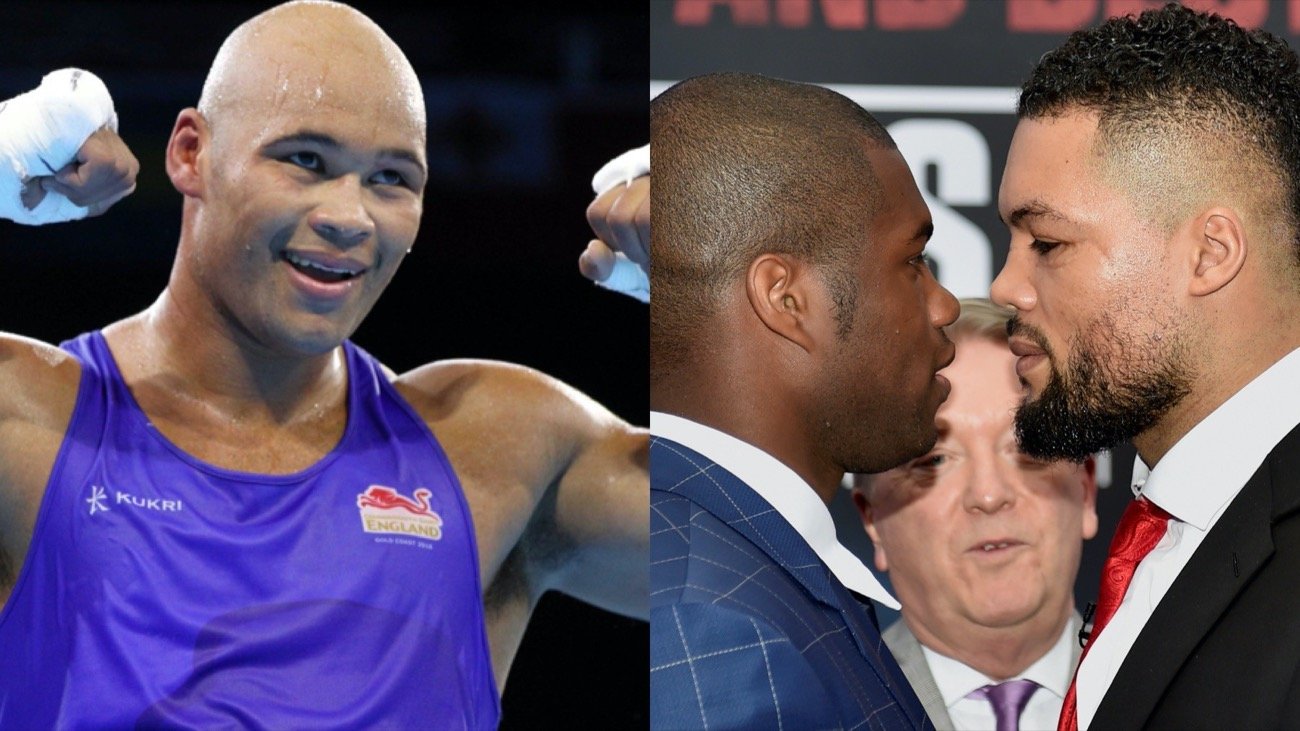 Few boxer are more qualified than Clarke to give a verdict on the clash that has got the nation talking.

Clarke sparred with both men during their days on the Team GB squad and says: “I see a Joe Joyce win after five rounds.

“It’s the most exciting fight of recent times in British boxing. Joyce is the winner for me in a difficult fight.”

The unbeaten giants clash over 12 rounds at The O2, London on Saturday April 11, live on BT Sport Box Office. The winner can expect to be on the brink of a world title shot.

Dubois (14-0, 13KOs) turned professional in April 2017 and Joyce (10-0, 9KOs) followed him into the professional ranks six months later after they both spent time on the GB squad with Clarke.

Big Frazer who is preparing for an 2020 Olympic qualifying tournament next month believes the experience of Joyce who is 12 years older than Dubois could prove crucial.

Britain’s current number one super-heavyweight amateur boxer added: “It is a really good fight and I am looking forward to it.

“Daniel will be very dangerous early on and can Joe can weather the storm?

“That might sound like I am sitting on the fence but going by the experience of the two fighters, I think Joe might have more if he survives the early onslaught.

“It’s a Joe Joyce win for me, but it is a difficult fight because Daniel is an absolute talent and a half.”

Tickets are now on sale via AXS.com and Ticketmaster.co.uk