Hearn: Canelo’s team have had “minor conversations’ on Saunders and Callum fights 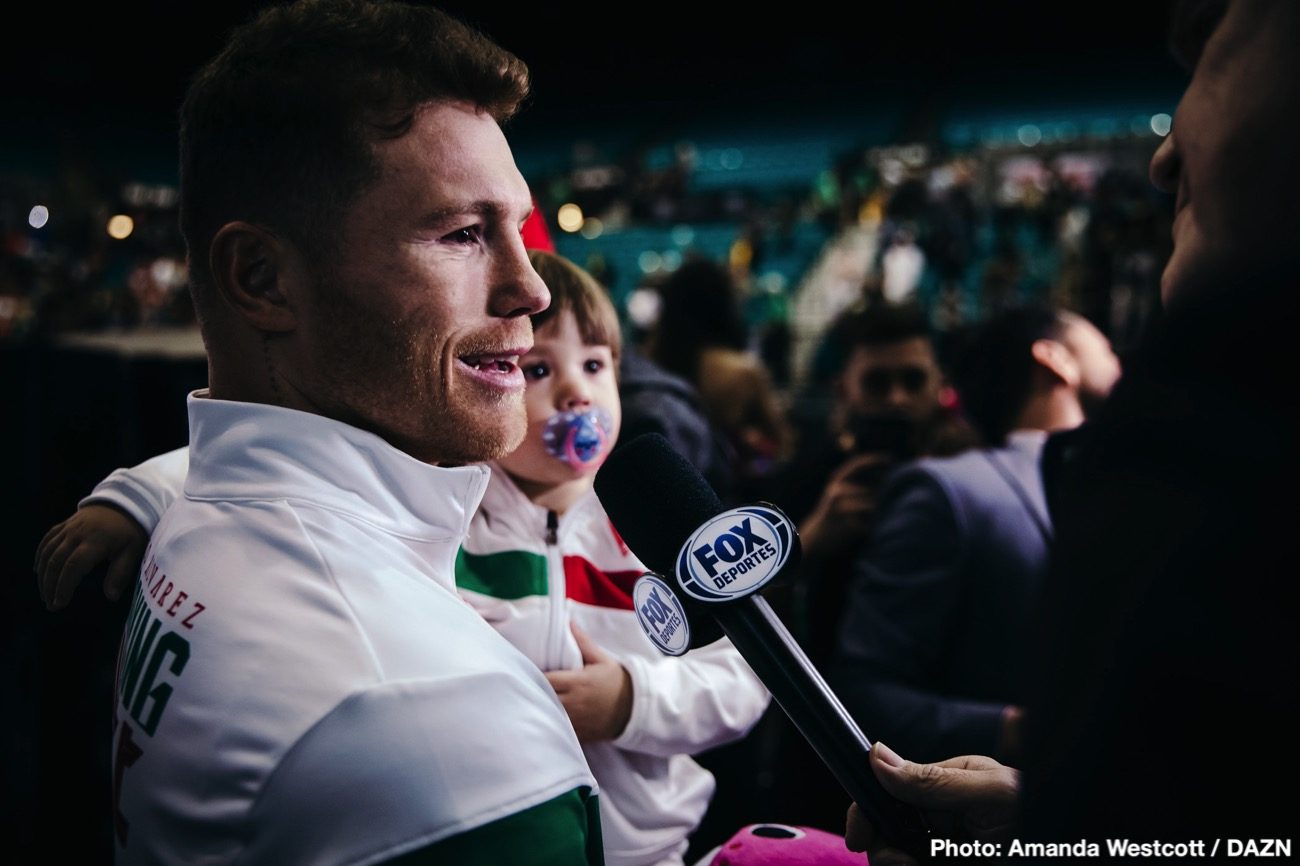 By Tim Royner: Eddie Hearn says that there’s “minor conversations from Canelo Alvarez’s team for a fight against super middleweight champions Billy Joe Saunders and Callum Smith for May.

Canelo gains nothing in fighting Saunders or Callum

This would be a big drop off for Canelo to go from fighting Sergey Kovalev, who the Americans are familiar with, to facing the relatively obscure and unpopular Smith or Saunders.

There’s very little upside in Canelo fighting either of those 2 British 168-lb champions. Even Canelo beats them, the U.S boxing public won’t care. In other words, Saunders and Callum are in the same boat as Rocky Fielding, as far as American fans go.

Although the conversations have been minor, Hearn feels confident that he can bang out a team with Canelo’s team, as long as Smith or Saunder get a “fair deal” for the fight.

Ultimately, Hearn believes that Canelo will choose Saunders or Callum for his next fight, because he thinks he doesn’t have anyone else to fight. Moreover, Saunders and Callum are both with DAZN, and that gives them an advantage over other fighters not with the streaming giant.

“I think Billy and Callum are both in the hat,” said Hearn to IFL TV on Saunders and Callum Smith still in the running for a fight against Canelo. “I do believe if a deal can be done, the fight will go down to one of those two. That’s what I think. Ultimately, as I’ve said, Canelo is the boss, and Canelo will choose. But Billy and Callum are desperate for this fight.

“It’s one they want more than anything, but it’s got to be a market value that we’ve seen in previous fights with other world champions,” said Hearn in wanting to make sure Saunders and Callum get comparable money to fight Canelo.

“That has to be adhered to, because they’re giving up potentially the WBO, WBA, Ring Magazine title to go to Canelo’s backyard in one of the toughest fights against one of the biggest names in boxing.

“So they both want the fight, they want a fair deal, and they’ll both accept the fight,” continued Hearn.

Eddie might be a little confident when it comes to Canelo looking at a fight with Saunders or Callum next. If Canelo was interested in those guys, he would have had Golden Boy starting serious negotiations with one of them. Oscar De La Hoya appears to be cool to the idea of Canelo fighting Saunders. As far as Callum goes, De La Hoya never mentions him, which puts him in the same boat at Saunders.

Canelo’s management were recently in negotiations to set-up a fight with Ryota Murata, the WBA ‘regular’ middleweight champion. The negotiations went nowhere unfortunately, but Murata’s co-promoter Bob Arum believes a fight with Canelo is possible for the second half of 2020.

“It’s really going to come down to who Canelo Alvarez chooses,” said Hearn on Alvarez making the choice. “There’s been minor conversations about both fighters, and they’re both aware of that. I think there’s a long way to go to making a deal. But I do believe who else are they going to choose?” said Hearn about Canelo and his promoters at Golden Boy Promotions.

“We’re in the same house [DAZN]. So it’s very easy to do provided that we reach the same terms that basically everyone else has got to fight Canelo,” said Hearn. “We’re not after anything out of the ordinary. So I’m keeping both guys [Saunders and Callum] in the loop, and it’s not a case of Golden Boy playing both guys off. Basically, Canelo is going to go, ‘He’s the one I want,” said Hearn.

It won’t be shocking if Canelo chooses someone NOT signed with DAZN for his next fight. He would gain a lot more traction fighting Jeison Rosario or Jaime Munguia. Either of those fighters would be world’s better for Canelo than him fighting Saunders or Callum. Jarrett Hurd or Sergiy Derevyanchenko would be excellent choices as well for Canelo.

Even if Canelo was a Brit, it would still be a failure if he picked Saunders or Callum, because those guys aren’t popular in Great Britain. They’ve been hanging around as paper champions, but they’ve not beaten anyone. 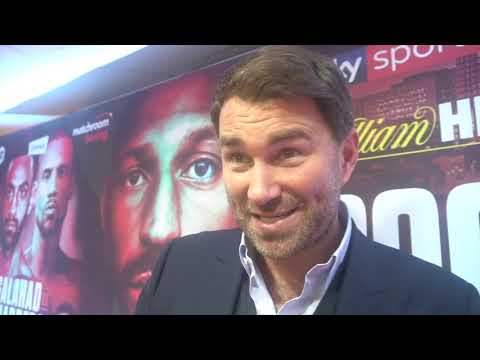 Terence Crawford: Who’s next for him? »