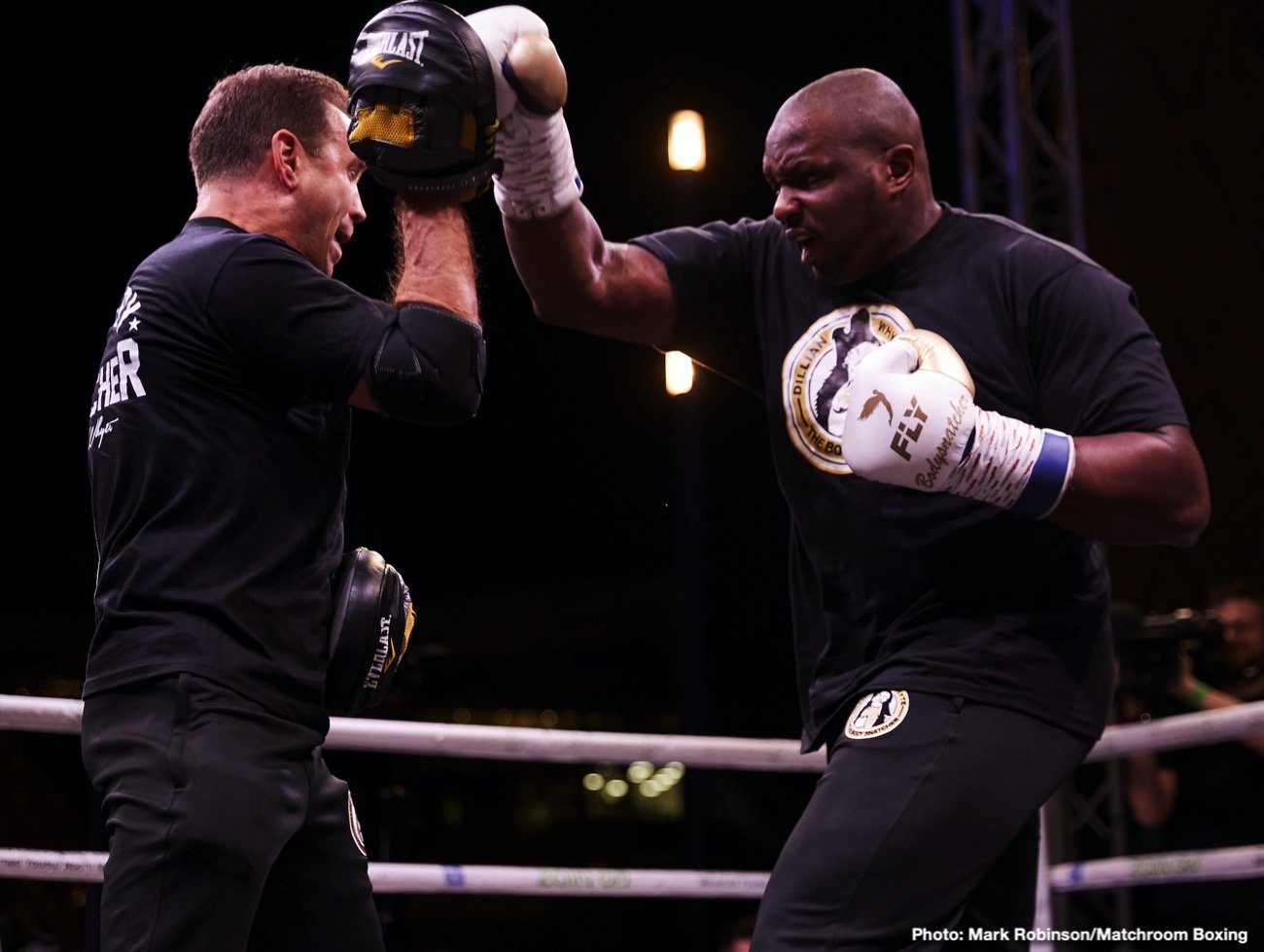 Dillian may never get a chance to fight Fury

Whyte has the right idea in how to beat Fury, but he’s not in the position right now to test his theory. Fury has already put together his 3-fighter shortlist of opponents that he wishes to face before retiring in 2021, and Whyte’s name didn’t make the cut.

Originally, Whyte was on Fury’s list, but he was scratched off recently in favor of fringe contender Dereck Chisora. Fury wants to fight Chisora for old time’s sake, even though the boxing world has ZERO interest in seeing those two fight again. Chisora has already lost to Fury twice, and it’s not compelling to see him lose a third time.

Whyte’s promoter Eddie Hearn is working on putting together a fight for him against Alexander Povetkin (35-2-1, 24 KOs). All the effort that Hearn has put into making that fight will have been wasted if Whyte is given a title shot against Fury now.

Unfortunately for Whyte, 31, the World Boxing Council has already made the decision that he won’t get a title shot for the WBC belt until 2021. Until then, the only way that Whyte can fight for the WBC belt is if Fury (30-0-1, 21 KOs) throws him a bone, and just gives him a title shot in a voluntary defense. Will Fury do that? It’s unlikely.

Dillian will fight for WBC title in 2021

Whyte has been ranked at #1 with the WBC for well over 800 days, but a large part of the reason why it’s taken him so long to get a title shot rests on his own shoulders. He was ordered to face Luis Ortiz in a WBC title eliminator but chose to take fights against Dereck Chisora and Joseph Parker instead. While those were interesting fights, they didn’t further Whyte’s goal of becoming the WBC mandatory.

Whyte is the mandatory now after beating Oscar Rivas last July in an official WBC eliminator, but Dillian could have earned that spot if he’d just taken the fight against ‘King Kong’ Ortiz when the sanctioning body ordered the fight.

“Tyson Fury knows I’ve got what it takes to beat him,” said Whyte to skysports.com. “Fury moves his head well, but he’s got a big body. Keep targeting his body and back him up.

“You have to lay leather on him and hit him hard to the body. That’s where you wear him down. If you hit him to the body hard enough and consistent enough you break him down,” said Whyte.

For a lot of fans, they see Whyte as basically a slightly bigger version of Chisora, and Fury would likely dominate him just as he did ‘Del Boy’ in the past. It wouldn’t be so bad if Whyte didn’t look so poor in his recent fights against Mariusz Wach, Joseph Parker, Dereck Chisora, and Oscar Rivas. Whyte failed to impress in those fights, and he was lucky to win those contests.

If Whyte loses to Povetkin, then his plans for fighting for the WBC title will be dashed entirely, and he’ll figure out what to do with his career. Whyte will still be in a good position to eventually get a fight against Joshua based on his popularity and the fact that he’s signed with Matchroom. However, you imagine that Hearn won’t be in a hurry to make the Joshua-Whyte 2 fight until after Dillian rebuilds his career, and avenges the loss to Povetkin. If Whyte loses twice in a row to the 40-year-old Povetkin, then it’s career over.

Chisora was beating Whyte until getting stopped in the 11th round in their rematch in December 2018. Whyte’s wins over Rivas and Parker were marred due to questionable calls by the referees that worked those contests. In Whyte’s last fight against 40-year-old Mariusz Wach, he didn’t look good in getting hit a lot and being forced to go 10 rounds to win a decision.