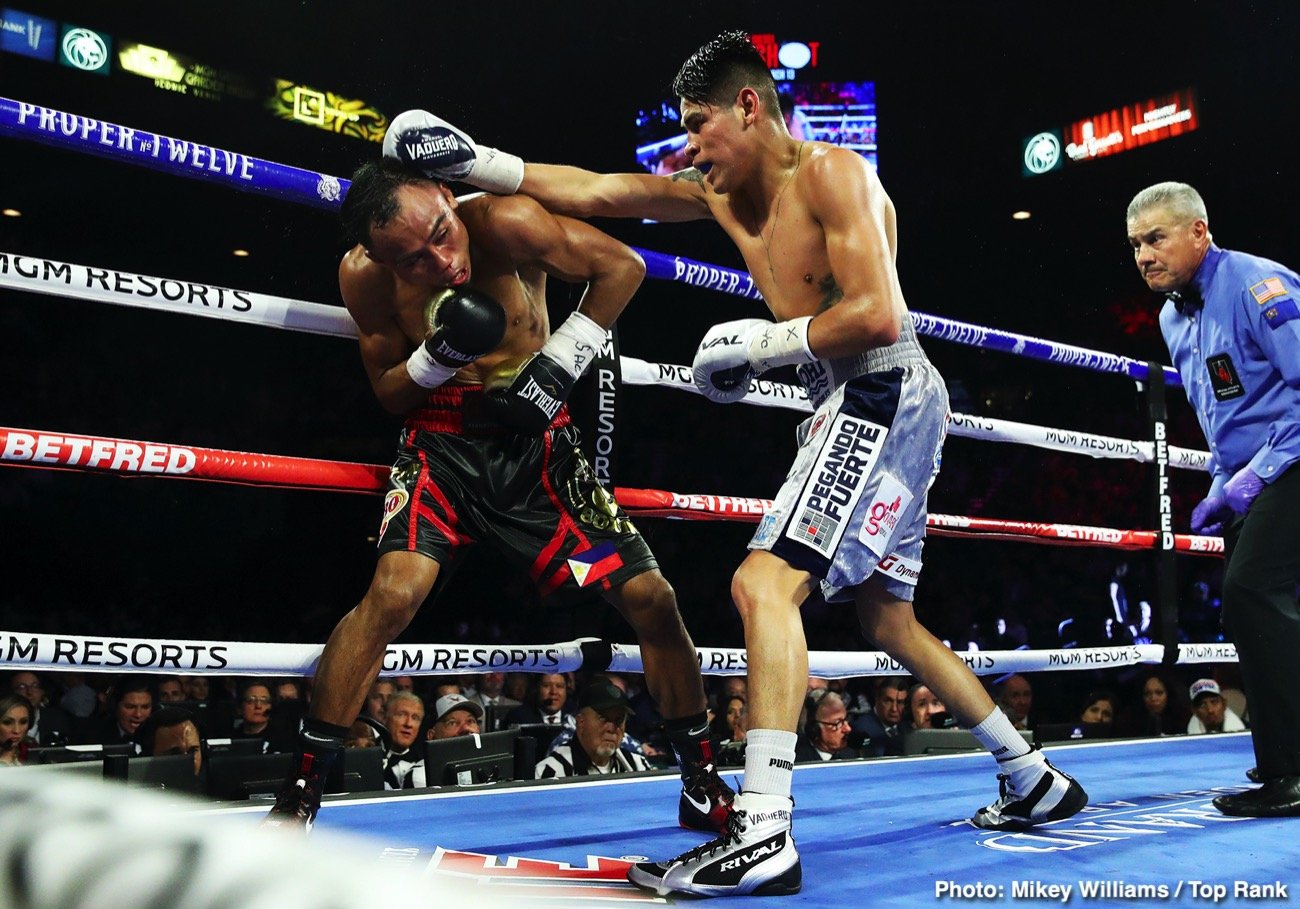 By Mark Eisner: In what could be Emanuel Navarrete’s last fight at 122, he successfully defended his WBO super bantamweight title in stopping the powerful Jeo Tupas Santisima by an 11th round knockout last Saturday night at the MGM Grand in Las Vegas, Nevada. This was a hard-earned victory for Navarrete, who was making his fifth title defense for his WBO belt that he’s held since 2018.

Navarrete (31-1, 27 KOs) took his time in fighting at a slow pace through the first nine rounds of the fight in being careful against the heavy-handed Santisima (19-3, 16 KOs). He had little choice but to be careful against the 23-year-old Santisima because he was getting hit with big shots from the Filipino warrior.

When Navarrete tried to step on the gas to get Santisima out early, he was getting hit hard, and that caused him to slow down with his attacks. Santisima clearly possessed a bigger punch than any of the guys that Navarrete has fought in his last six fights, and that includes Isaac Dogboe. Where Santisima was lacking was his work rate. He had the power to give Navarrete problems, but he wasn’t throwing enough punches.

Compared to Navarrete’s past four fights, this was a dull performance by him in beating Santisima. Although Navarrete shared with the media this week his dreams of becoming a global superstar, he wasn’t motivated last Saturday night to put in the hard work to put on a star-like performance.

Whether it was a situation where Navarrete wasn’t excited about the fight or perhaps the power of Santisima of being too much for him to fight in his normal crowd-pleasing style is unknown. The end result for Navarrete was a bland performance by him.

“I was coming for another knockout victory, and I got it,” said Navarrete. “It took me a little more time than expected. I hurt him a couple of times during the fight, but I got to give it to him; he is a real Filipino warrior. He took a lot of punches and didn’t go down. His corner had to stop the fight.”

The huge 5’8″ Navarrete could be moving up to featherweight in his next fight, as it’s become difficult for him to make the 122-lb weight limit after eight years as a pro in the same weight class. At 126, Navarrete would potentially be going after Shakur Stevenson, Josh Warrington or Can Xu.

Navarrete connected on 330 of 992 punches for a connect percentage of 46, according to CompuBox’s stats. Santisima landed far fewer punches in connecting on 64 of 307 for a 29% connect rate. It wasn’t nearly as busy as the much busier Navarrete. One reason for that is the size and the powerful combination punching that Navarrete had going for him. Santisima seemed unwilling to attack as much as he needed to for him to have a shot at winning.

All in all, it was a good performance by Navarrete, but not up to the standards that we’ve seen from him. His fight with Santisima was more interesting to watch than most of the fights on the card, and that includes the main event between Tyson Fury and Deontay Wilder. Navarrete vs. Santisima was at least competitive.

Navarrete could be moving up in weight

With Navarrete moving up to the 126-lb division soon, he’s moving away from Naoya Inoue, who fights at bantamweight. If Navarrete could stay at 122 long enough for his promoters at Top Rank to match him against Inoue, he would have the big fight that he wants and needs to become a big star.

By moving up to 126, Navarrete is moving into a weight class that lacks stars right now. Although Shake Stevenson is an excellent fighter, he’s just starting out and hasn’t become a big name yet. 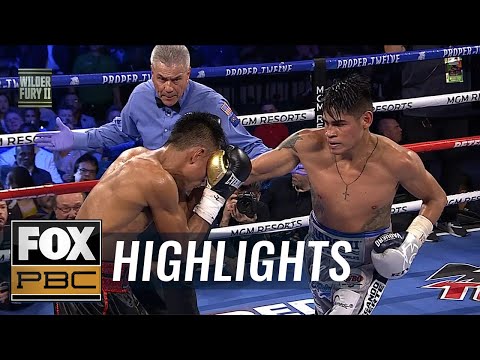