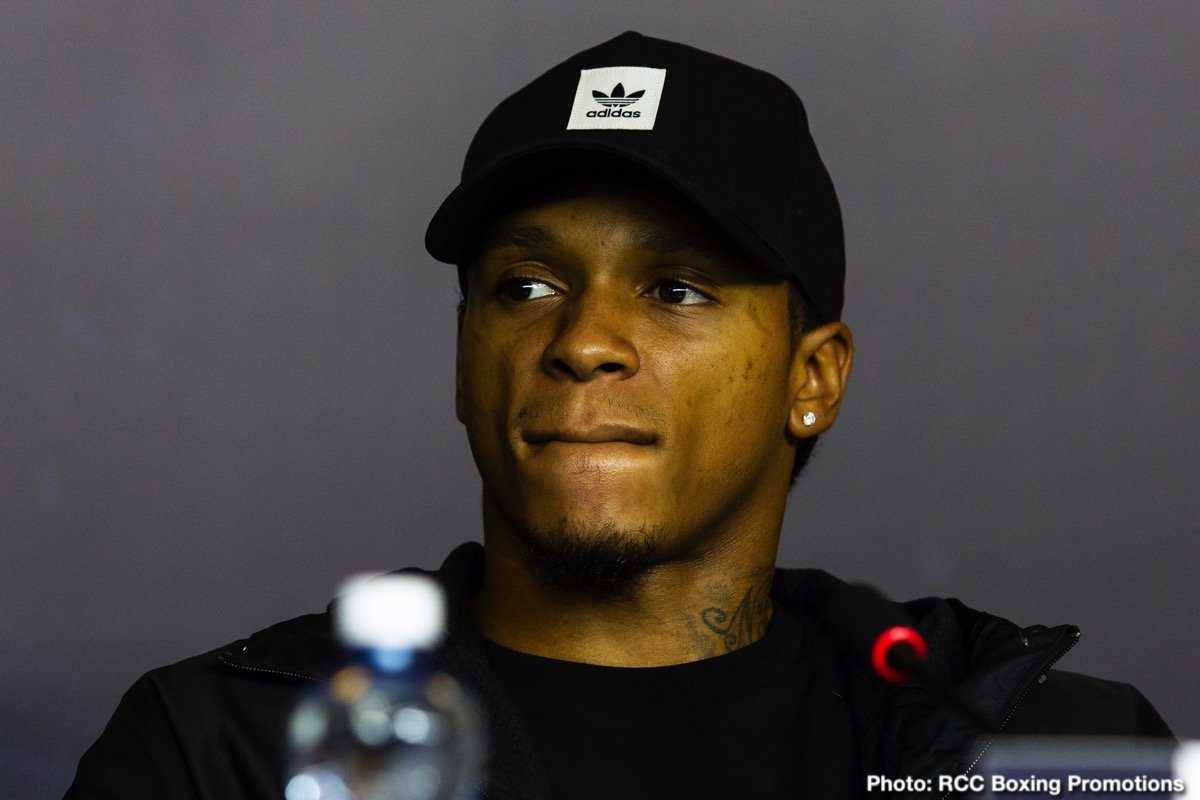 Yarde dropped the much smaller Ramirez with a body shot after trapping him in the corner. Ramirez barely beat the referee’s count . When the action resumed, Yarde landed several hard shots to the head of Ramirez.

Despite being a limited fighter with 49 losses, Ramirez showed some nifty head and upper body movement during the fight. In some respects, Ramirez showed more technical ability than Yarde, which is kind of sad. You’d expect Yarde to have more skills than a journeyman, but that wasn’t the case. Ramirez had talent, but not the size, power or chin obviously.

Yarde too big for Ramirez

At that point the referee stepped in and stopped the contest. He could have waited a little longer to see if Ramirez could survive, but the referee opted to play it safe. Many times in the fight, Ramirez was able to fight his way out of trouble by nailing Yarde with shots.

The size difference between the two was incredible. Ramirez looked like he didn’t belong inside the ring with Yarde, and he obviously didn’t. From the opening bell, Ramirez was back-peddling in trying to keep from getting hit by the bigger, stronger Yarde

This wasn’t Yarde at his best, that’s for sure. He was getting hit by a lot of looping punches from Ramirez throughout the short fight, and he didn’t look impressive. If you were hoping or improvement in Yarde from his previous fight against former WBO light heavyweight champion Sergey Kovalev, you had to be disappointed.

The six-round fight looked like it took place in a bar, and the crowd was incredibly small. There might have been 40 to 50 people there. Who came up with this idea for Yarde to fight the 35-year-old middleweight Ramirez in this location is unclear.

Yarde deserves better than this given his high ranking, and his ability. To go from fighting Kovalev to competing in a six-rounder against a middleweight journeyman, it’s a waste of Yarde’s potential.

World title eliminator next for Yarde?

#6 WBO Yarde could potentially fight in a world title eliminator in his next fight. It’s unclear who Yarde would be competing with if he’s allowed by the WBO to take part in an eliminator. There are a number of contenders that Yarde would do well against in the WBO’s rankings, but his stamina could be a problem for him.

The current top 15 in the WBO’s rankings:


« Kell Brook on Errol Spence: ‘He KNOWS I would beat him’

Does Kell Brook get the credit he deserves? »