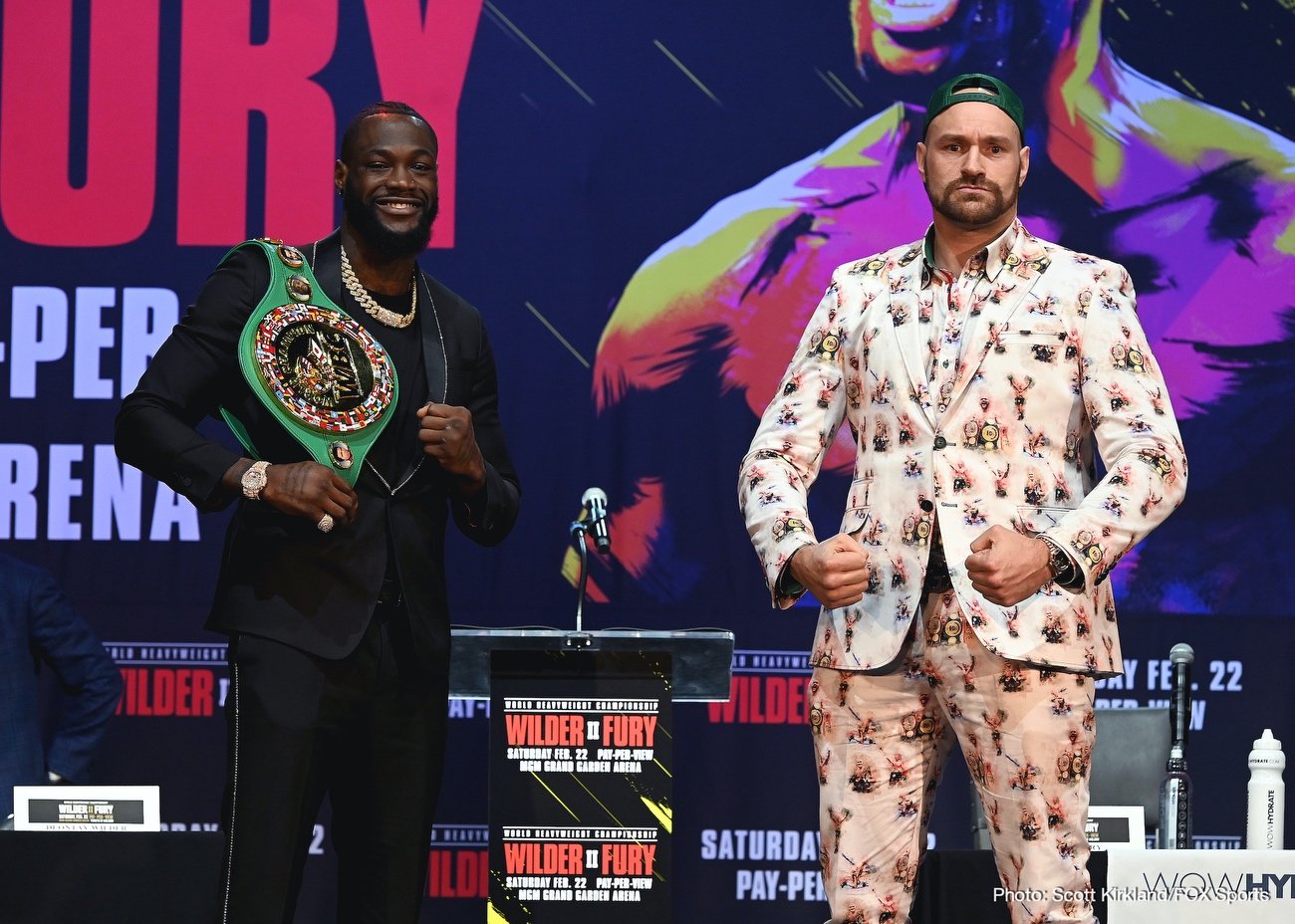 By Jeff Aronow: Tyson Fury says he knows it’s “TRUE” about what Dillian Whyte revealed recently about Deontay Wilder getting knocked out cold by Wladimir Klitschko during a sparring session a number of years ago.

Fury says he’s heard from reliable sources that Wilder was knocked out by then IBF/WBA/WBO heavyweight champion Klitschko.

Normally, what happens during sparring sessions are kept quiet, but Whyte has decided to come out and reveal what allegedly took place many years ago at one of Klitschko’s training camps involving Deontay. Some believe Whyte is BITTER over Wilder not throwing him a bone to give him a world title shot after all these years.

It’s pretty obvious why Whyte (27-1, 18 KOs) is revealing the information now after nearly a decade. He’s not happy that Wilder hasn’t given him a voluntary title shot despite him being ranked his #1 challenger with the World Boxing Council for close to 2 years.

Fury: Dillian has no reason to lie about Wilder being knocked out by Wladimir

“I know it to be true,” said Fury when asked by Behind The Gloves whether it’s true that Deontay Wilder was knocked out by Wladimir Klitschko many years ago. “I don’t know of Dillian Whyte to tell lies for no reasons. Dillian was probably there. He was there, actually, and I’ve heard if from other people apart from Dillian Whyte.

“People who are close to Klitschko, and had nothing to do with it, but whatever. But sparring is sparring. It’s all in the gym, and it’s allowed there. If you get knocked out in the gym, it’s better to get knocked out there than in a championship,” said Fury.

Fury not helping his fight with Wilder gain more appeal

Tyson might not realize it but he’s not helping make his rematch with Wilder bigger by him backing up Whyte’s claims of Wilder being knocked out by Klitschko. What Fury is doing is causing boxing fans to see Wilder in a lower light, and by doing that, it drives down interest in the rematch. Fury probably didn’t think hard before giving his view on Wilder supposedly being knocked out by Wladimir.

If Wilder felt the need to justify himself to the public, he could brag about how he hurt Wladmir during his sessions with him, but it would look weak him to do this. There’s no gain for Wilder in bragging about what he did during a sparring session with Wladimir 10 years ago or whenever it happened.