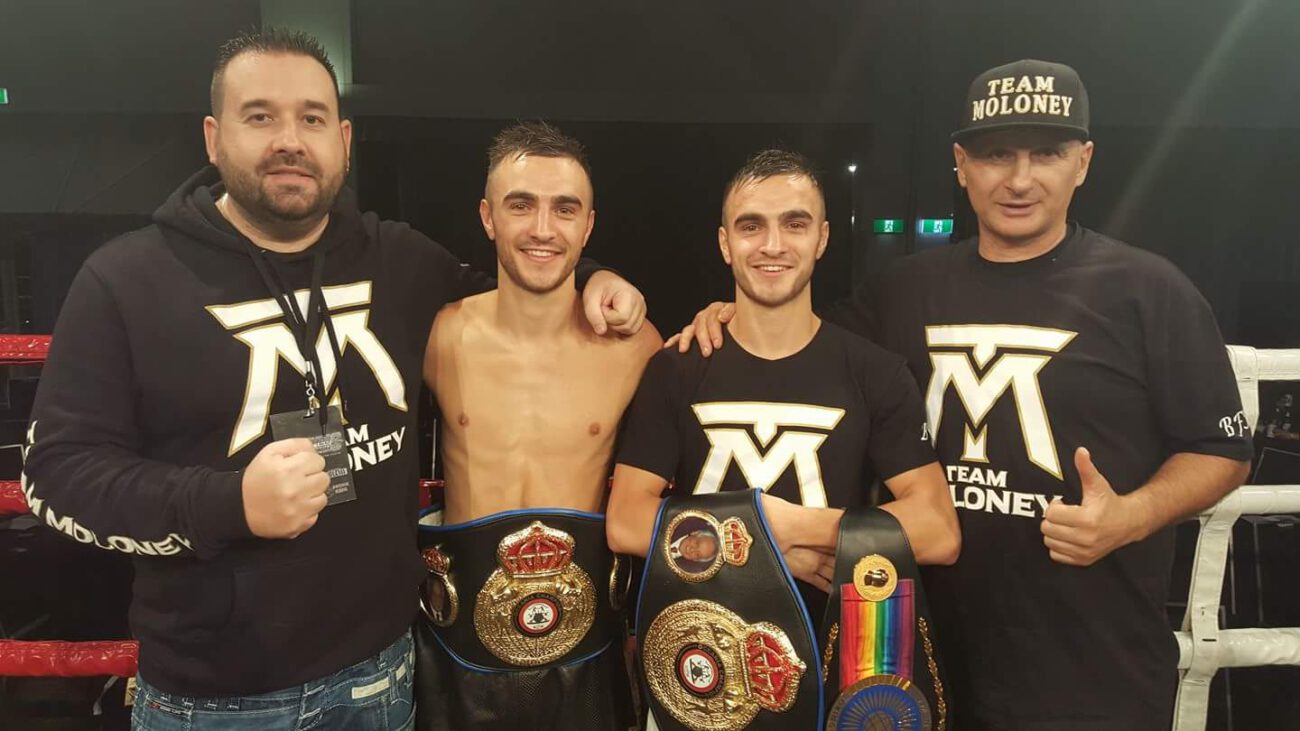 Some of the worst wild fires seen in Australia in decades has approximately wiped out millions of wild life whilst also inflicting human casualties and rendering thousands upon thousands homeless.

World champion Andrew Moloney and world title contender Jason Moloney are auctioning off custom Everlast gloves on eBay, signed by themselves with the proceeds going to help the victims of the Australian fires.

Tony Tolj gave his comments on the appeal to help Australia in this time of disaster, “I’m very upset to see what is going on throughout Australia and it’s time for all of us to pull together to help our fellow Australian’s and our wildlife alike.

“I’m very proud of the fighters who are all pulling together to do their bit to help the victims of the fires and I encourage everyone to donate to the cause.”

Brothers Andrew and Jason Moloney also opened up on their feelings regarding the disaster.

They said in a combined statement, “We are absolutely devastated to see what is going on and our thoughts are with all the victims of the fires.

Soyoye holds a 2-0 undefeated record as a professional, with one win coming inside the scheduled distance. His career highlights, however, have come in the amateur ranks, where the 130 pounder represented Nigeria at the World Championships, the Commonwealth Games, the All African Games and Olympic qualifying events.

‘The African Dream’ said, “I am very happy to sign with the Big Bossman Tony Tolj and I am very grateful for him to give me this opportunity. He has produced lots of champions including Chris John, Andrew, and Jason Moloney and more, and I want to follow in those footsteps as my goal is to be world champion in my weight category.

“I have had over 100 amateur fights and traveled the world with the Nigerian team. I know that I can continue that success in the professional ranks, but to do that you have to have good management, so I am grateful to Tony for giving me the opportunity to work with him and Dragon Fire Boxing.”

The slick Nigerian will return on March 6 at Metro City, Perth in the next installment of Dragon Fire Boxing’s Thunderdome series which has been a mainstay in Australian boxing for close to two decades.

Soyoye elaborated on his next fight date and his plans for 2020, “I am very grateful to Tony for getting me active as that is what I need to be. I want to put on a career-best performance on March 6 and show people that I am the real deal and I am constantly improving.

“I can box as a slickster when I need too but I can be a come forward fighter when I hurt my opponent. I am a one-man gang in that ring, Being in there with me is like nothing most fighters have experienced before and I know my style will help me make a big splash on the world scene when the time is right.

“I want to win titles in 2020 and I believe if I keep working hard in the gym titles will come.”


« Demetrius Andrade: ‘I’m going to give Luke Keeler a BEATING’