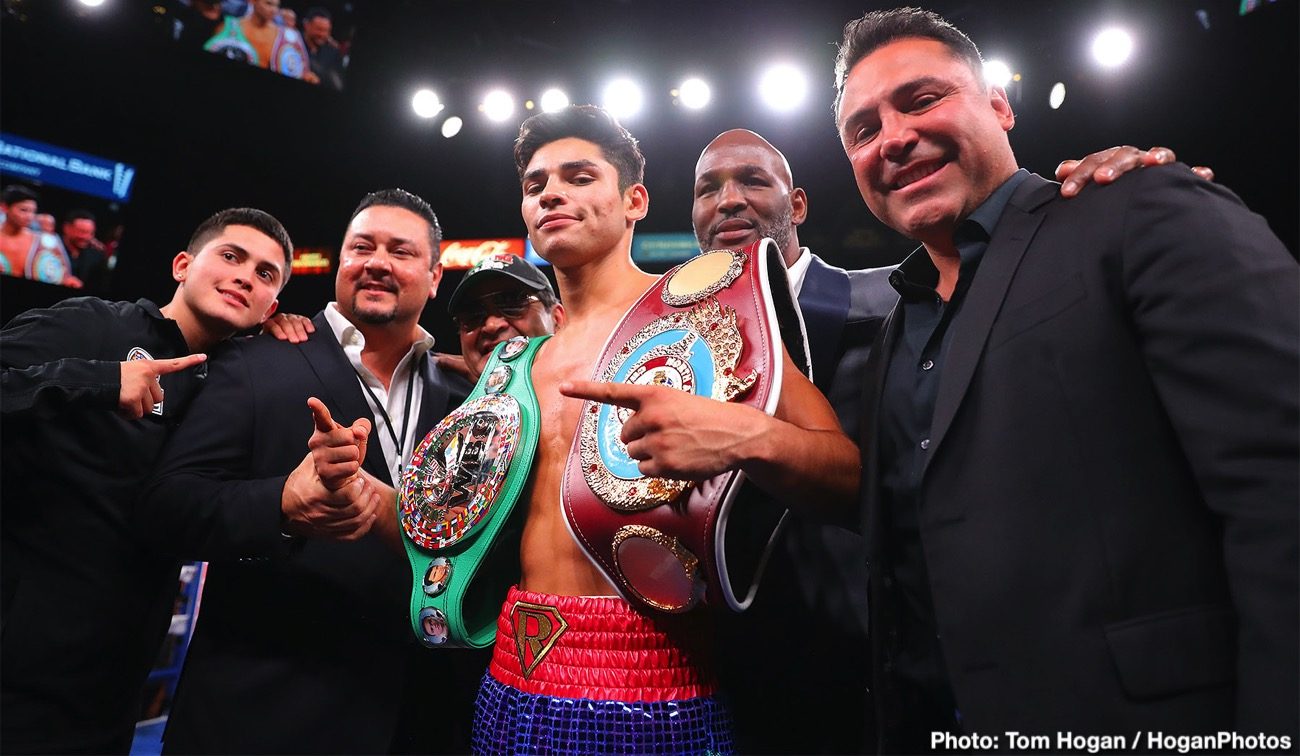 By Kenneth Friedman: Ryan Garcia’s trainer Eddy Reynoso wants him to wait 1 or 2 more fights before he takes on former three division world champion Jorge Linares (46-5, 28 KOs) in a step up fight. Reynoso feels that the 21-year-old Garcia (19-0, 16 KOs) should be ready to beat Linares by that time.

Linares will be turning 35-years-old in August, and he’s lost 2 out of his last 4 contests since 2018. But his defeats have come against good fighters in Vasiliy Lomachenko and Pablo Cesar Cano. Those are the guys that would give Ryan a lot of problems as well. Cano is beatable, but not if you fight him the way Linares did by standing in front of him and slugging.

Ryan Garcia vs. Linares targeted for May or September

Linares will be fighting in the co-feature bout on Ryan’s fight card on February 14 at the Honda Center in Anaheim, California. This will be streamed by DAZN. Linares is facing a tough opponent in Carlos Morales (19-4, 8 KOs) in a 12 round fight.

Morales gave ‘Kingry’ Garcia a lot of problems in losing to him by a 10 round majority decision in September 2018. That was a fight that a lot of boxing fans scored as a draw, since Garcia failed to show that he was the better fighter.

Ryan has improved since then in dominating his last three opponents Braulio Rodriguez, Jose Lopez and Romero Duno. We still don’t know whether Ryan has improved enough for him to beat Morales in a more convincing manner.

“Well, Jorge Linares isn’t the same fighter that he was from before,” said Reynoso to Fighthub. “He’s had a lot of wars, and he’s coming off of a loss. But he’s still a very dangerous fighter. I think Ryan needs 1 to 2 fights before he faces Linares, and we hope that fight happens either in May or September. But he’s in line. It would be a very good test for Ryan,” said Reynoso.

Linares is getting up there in age, but his boxing skills and power haven’t changed. He’s still incredibly talented, and he hits as hard as ever. His ability to take a punch has never been his strong suit, so it’s difficult to know if he’s more vulnerable against big punchers.

Lomachenko caught Linares with the perfect shot to stop in 2018. In Linares’ 1st round knockout loss to Cano in January 2019, he was fighting a big puncher. Linares might not have been aware of how hard Cano hits going into that match.

“Well, I’m the trainer, and I’m the one that accepts the fight, and if not, I won’t train him,” said Reynoso on Ryan Garcia. “I don’t like taking fights that my fighters pick fights, and I don’t agree with them. So I think right now is the time to face Jorge Linares. We need one or two more fights, and then we’ll see what Ryan’s people say,” said Reynoso.

“No, no, there’s some things in Spanish that he understands, and the boxing fundamentals, I tell him in English and he understands,” said Reynoso when asked how he communicates with the non-Spanish speaking Garcia. “I think the most important thing in teaching is showing how to do something. We’ve meshed real well, and we continue to go forward,” said Reynoso on Ryan.

One to two fights might not have enough impact on Garcia’s game for him to beat Linares. Reynoso could be kidding himself, because Ryan isn’t going to improve dramatically in that short time span. 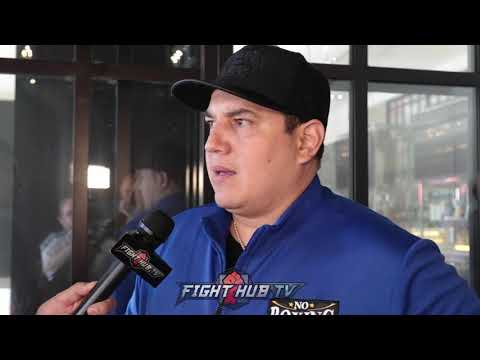 
« Canelo Alvarez to fight next on May 2