Robert Easter vs. Chris Algieri in the works 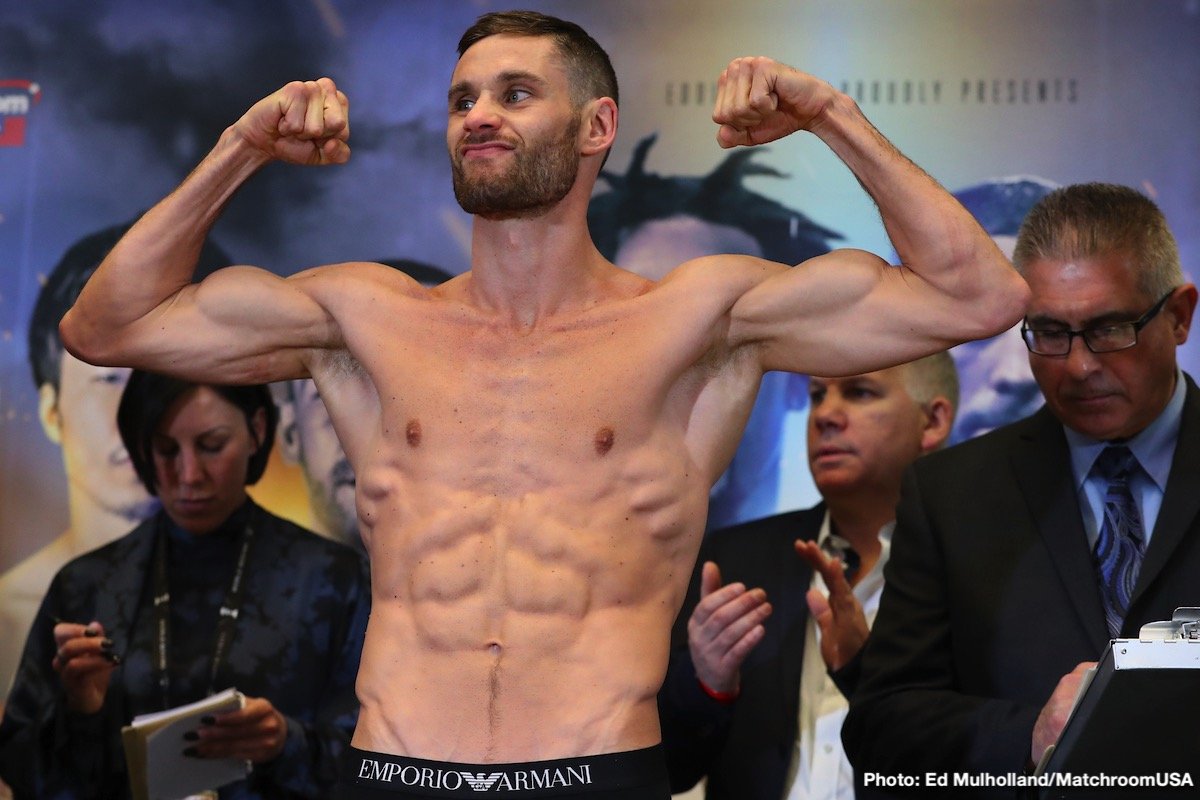 By Kenneth Friedman: A fight between former world champions Chris Algieri and Robert Easter Jr. is in the works, according to ESPN. This will likely take place at 140, since former IBF lightweight champion Easter Jr. (22-1, 14 KOs) just recently moved up to 140 in his last fight against Adrian Granados last October.

The 35-year-old former WBO 140-lb champion Algieri (24-3, 9 KOs) has a three-fight winning streak since making a comeback in 2018 following a two-year absence from the ring. Since coming back, the Huntington, New York native Algieri has won his last three fights in beating the following guys:

Before beating those three, Algieri was blown out in five rounds by Errol Spence Jr. in April 2016. Spence dropped Algieri three times in the fight before stopping him in the 5th. Algieri had the boxing skills, but he couldn’t stand up to the punching power of Spence.

Algieri has looked good against the less than elite level opposition he’s been fighting in the 140-pound division since 2018, but he hasn’t fought anyone that can test hm.

Algieri vs. Easter Jr. should be a competitive fight. Easter Jr. will should have the edge, since he looked solid in holding down the IBF 135-lb title from 2016 to 2018. Algieri briefly held the WBO 140-lb belt after beating Ruslan Provodnikov by a 12 round split decision in June 2014. He was later stripped by the International Boxing Federation when he moved up to 147, and was beaten by Manny Pacquiao by a 12 round unanimous decision in November 2014.

Algieri’s stamina could play a factor in his fight with Easter Jr. In Algieri’s last three fights, he’s looked strong in the early going, but he would then gas in the second half and struggle.

Artur Beterbiev vs. Fanlong Meng planned for March 28 on ESPN

Artur Beterbiev (15-0, 15 KOs) will be defending his IBF/WBC light heavyweight titles against his IBF mandatory Fanlong Meng (16-0, 10 KOs) on March 28 on ESPN.

According to ESPN, Top Rank will be in charge of the promotion and the staging of the Beterbiev vs. Meng fight. Chinese promoter Longjoy Sports won the purse bid for the fight, but they reportedly missed a deadline for a payment. There’s no word yet where Top Rank plans on staging the Beterbiev-Meng fight.  New York or Las Vegas would likely be the two destinations that Top Rank will be deciding on for the location.

Beterbiev beat WBC light heavyweight champion Oleksandr Gvozdyk by a 10th round knockout on October 18 in a unification fight at the Liacouras Center, in Philadelphia.  Gvozdyk tried to box Beterbiev, but it didn’t work out well for him. Beterbiev walked him down, and hurt him with body shots in the 9th and 10th to get the stoppage.