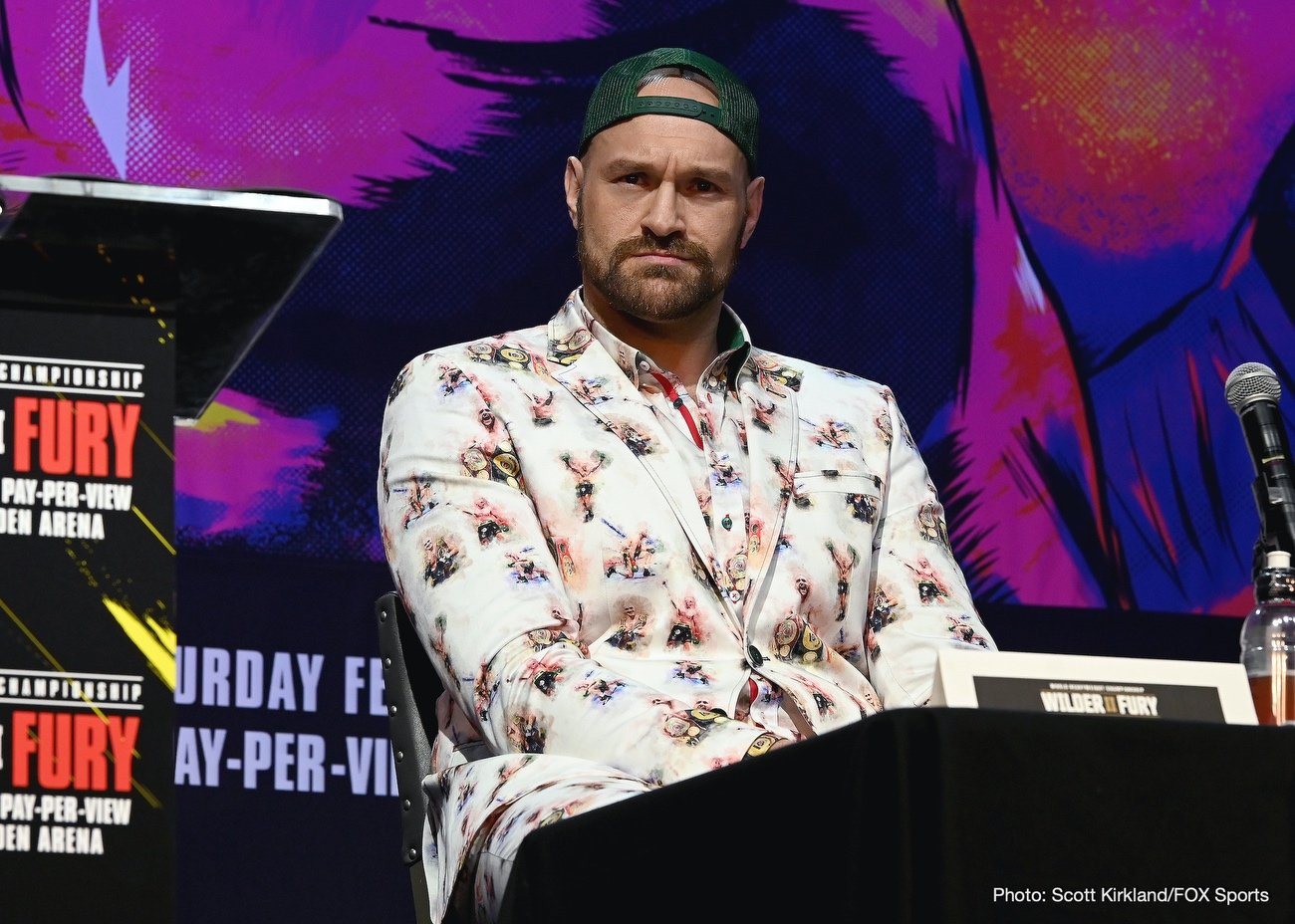 By Charles Brun: Tyson Fury’s new trainer Javan “Sugar” Hill is committed to taking over what the late coach Emanuel Steward started to try and finish the job to improve the 6’9″ British fighter.

Hill feels that Fury (29-0-1, 20 KOs) is already one of the best defensive heavyweights in the game, but he wants to develop his right hand to make him even better.

Hill doesn’t have much time to make changes to Fury’s power game, as he’s facing WBC heavyweight champion Deontay ‘Bronze Bomber’ Wilder (42-0-1, 41 KOs) in a rematch on February 22. Fury needs power in his right something awful, and if he doesn’t get it soon, it may be too late for him.

Hill is facing an uphill battle in trying to develop power in Fury’s right hand. Fury’s nephew Hughie, his father and his uncle were never huge punchers. You can argue that Fury’s lack of power runs in the family, and it’s not something you can change.

Deontay has holes in his game as well

Wilder could use a better jab, left hooks, and improvements on defense. Yes, Wilder has got a nice right hand that has carried him this far, but he could be a lot better if he had other weapons in his arsenal. That’s one of the reasons why trainers and fighters are always talking about wanting to take away Wilder’s right hand, because they feel that’s his only weapon.

Wilder wasn’t stressed enough about his flaws in his game for him to dump his trainer in hopes of finding someone that can change him for the better. Fury may ultimately find out that he can’t improve. The fighter that has a better chance of improving for the rematch is Wilder, because he didn’t throw a lot of shots last time. If Wilder is able to improve his punch output by 25%, he’s got an excellent chane of winning on February 22.

“Tyson is a very unusual fighter. I’ve never seen anyone like him in the heavyweight division with his height of 6’9″, 260 lbs,” said Fury’s new trainer Sugarhill Steward to Behind The Gloves. “The division has gotten a lot better, not just with one big man, but you’ve got an array of big men in the division. Tyson Fury is one of the best boxers in the division.

‘For Tyson Fury to be an even better boxer, start punching with the right hand,” said Sugarhill. “He wants to have that Kronk style, something he started in the past, but he wasn’t able to finish. I’m happy to work with him to help him be able to finish that, the same with Emanuel [Steward] was working with Tyson Fury.

“So I’m finishing Emanuel’s job. I don’t feel any pressure. I just do what I was trained to do with Emanuel. If Emanuel said he’s going to be the best heavyweight ever, then you heard it just as well as I heard it,” said Sugarhill about Fury.

It Sugar Hill fails at his job of making notable improvements in Fury’s power game, it’ll be interesting to see if he’s still around beyond the Wilder fight. Fury just got rid of trainer Ben Davison in favor of Sugar Hill. It’s clear that Fury is worried about the Wilder,f giht, and he’s looking for the magical trainer that will make him what he wasn’t designed to be.

Wilder’s right hand is all he needs

“They know what each other can do, and they know how confident they are,” said Sugar Hill on Wilder and Fury. “And they just want to fight, and they want to prepare and settle the score. One man is to be named the winner. A sensational victory for Tyson Fury. It’s as simple as that,” said Sugar Hill when asked what fans can expect to see on February 22.

Fury doesn’t have a good enough chin for him to be able to take one of Wilder’s best right hands. Even weak punchers have hurt Fury in the past when nailing him with shots. Steve Cunningham, Neven Pajkic, Nicolai Firtha and Otto Wallin all hurt Fury. Those guys aren’t known for their power, and yet they had Fury in trouble. 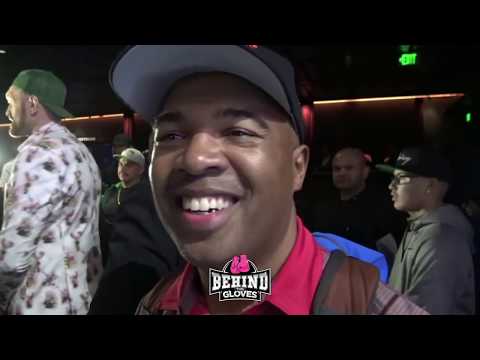 Robert Easter vs. Chris Algieri in the works »