Jake Paul and AnEsonGib go at it in press conference 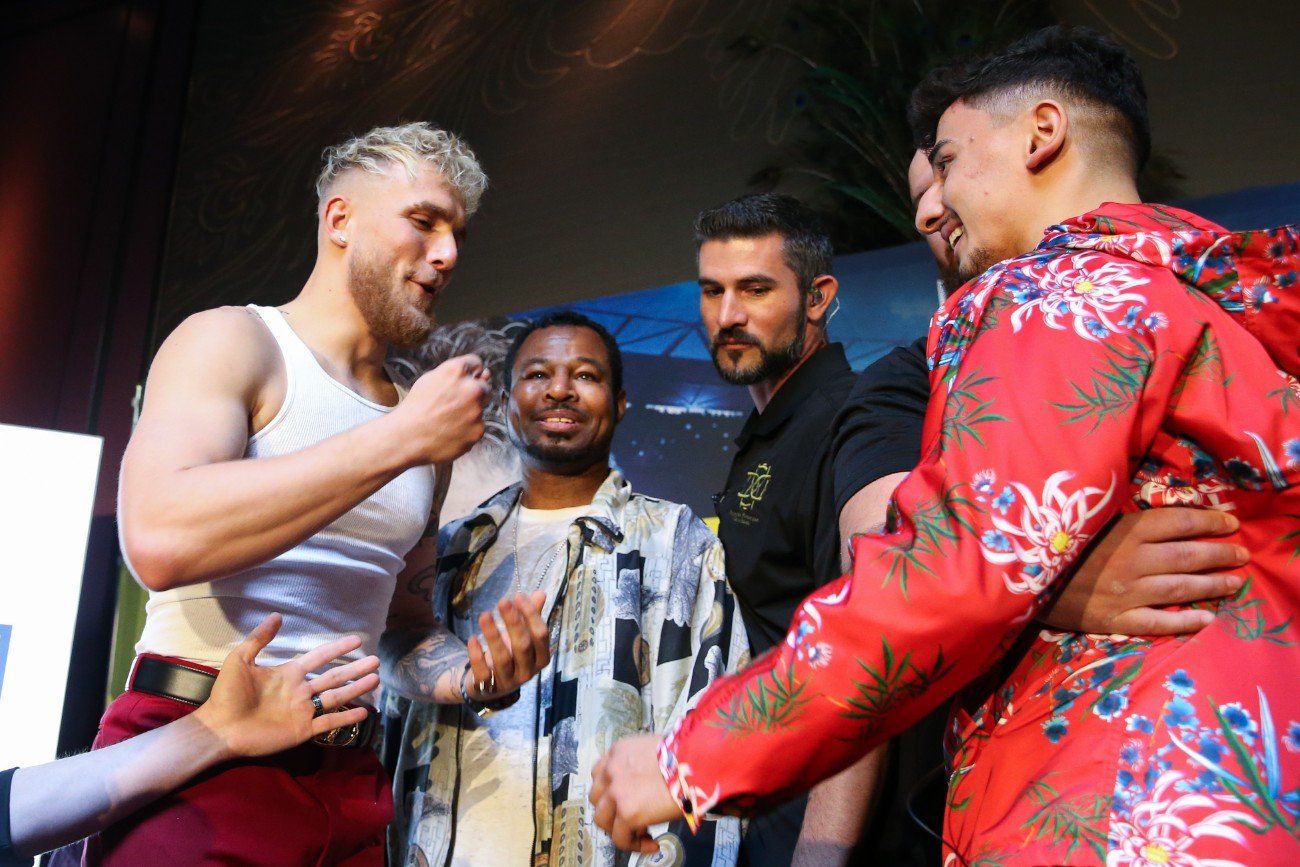 Jake Paul and AnEsonGib traded barbs and shoves at a fiery press conference in LA today as they met for the first time since the announcement of their fight on Thursday January 30 at Meridian at Island Gardens in Miami, live on DAZN in the US and on Sky Sports in the UK.

TICKETS ARE ON SALE NOW STARTING AT $40 (PLUS FEES)

Paul and Gib will make their professional debuts on a card that is stacked with three World title clashes on the bill.

LA man Paul has fire in his eyes as he looks to avenge the recent defeat of his brother Logan at the hands of Gib’s fellow UK YouTube star KSI in their rematch in Los Angeles in November, with Jake having stopped KSI’s brother Deji Olatunji in the fifth of six rounds on the undercard of their first fight in Manchester, England in August 2018.

Paul has boxing royalty in his corner in the shape of former three-weight World champion ‘Sugar’ Shane Mosely training him in Big Bear, California, while Gib will call on KSI’s trainer and current 2-0 Cruiserweight talent Viddal Riley as his coach as they prepare in Las Vegas.

And Paul, a year younger at 23 than the Brit, vowed to use his fight with Gib as a stepping-stone to face KSI himself, while Gib said he will deliver a KO win after pushing the American into taking the fight.

“I’m excited,” said Paul. “I’m more prepared than ever, this sport of boxing I’ve fallen in love with. It’s an honor to be on card with legends. We’ve been putting in the work in Big Bear. It’s an honor to work with a legend like Shane Mosely, and I look forward to knocking this big nose out Jan. 30. That’s the game plan and that’s how it’s going down.

“You don’t know what you’re getting yourself into. You used all your American Airlines miles to get knocked the f*** out.

“Gib is a doormat to me. He’s something I’m wiping my shoes with to revenge my brother. My brother lost on a two-point deduction to KSI. All respect to him, but I’m just a different fighter, different mentality, and after I beat GIB, KSI is going to get the smoke.”

“This man has fallen on all his social media platforms,” said Gib. “He took down my video for a specific reason, I guess the receding hairline comments got to him. I’ve made more money than your crew up there will ever make in their lives.

“When it comes to boxing, I’m going to knock him out. It’s a fight I wanted. He didn’t want this fight, I forced this fight upon him. I’ve been training every day, doing the sparring, doing the running, and doing what I need to do.

“You can expect a great performance, Jake on the canvas, and my hand raised as usual.”

Demetrius Andrade vs. Luke Keeler in the main event