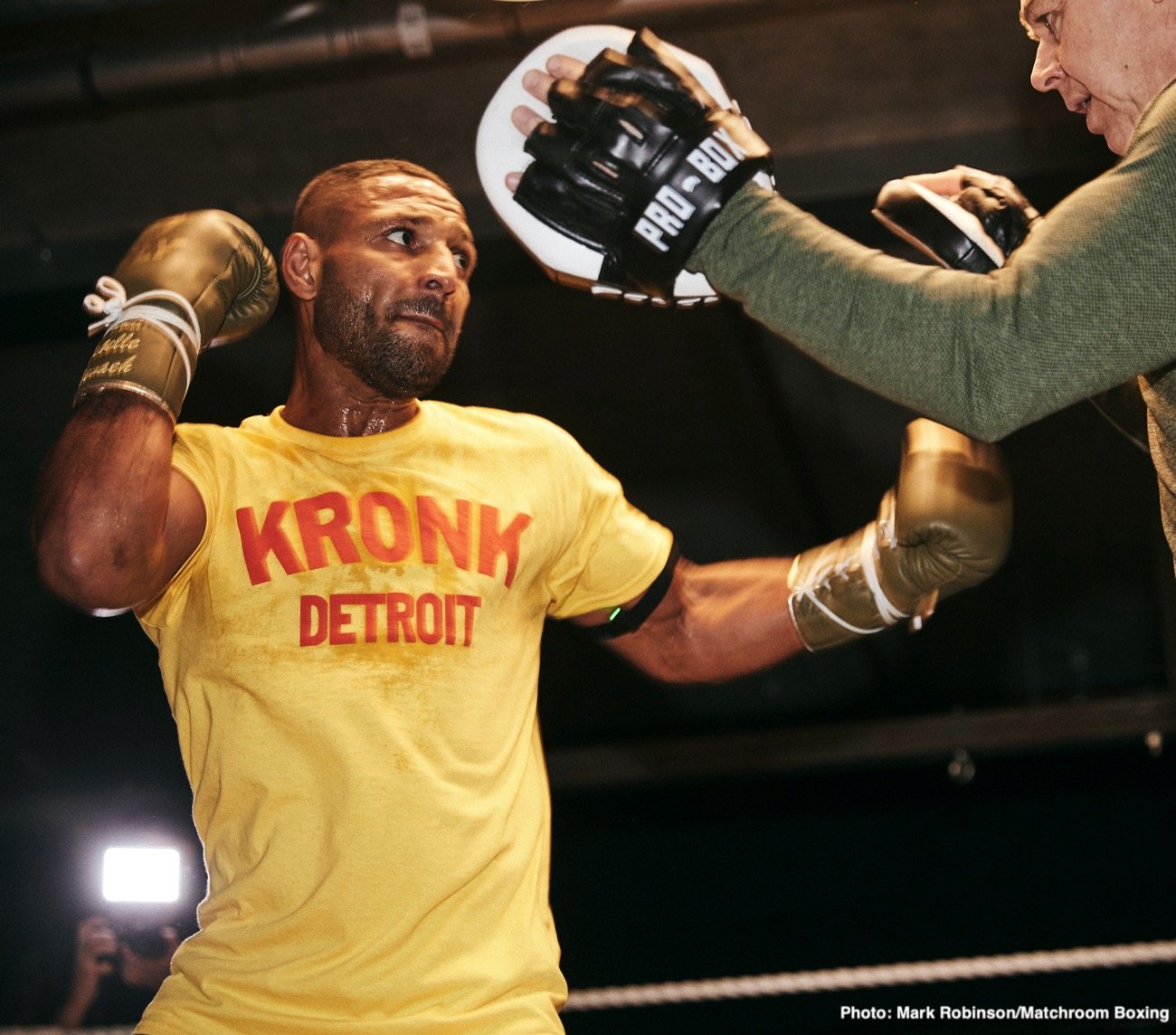 By Tim Royner: Kell ‘The Special One’ Brook wants to make up for lost time by getting big fights in 2020 against Errol Spence Jr., Terence Crawford and even Amir Khan. Brook (38-2, 26 KOs) says he would come down to 147 for the Spence and Crawford fights if they’re available to him.

As far as Khan goes, Brook doesn’t sound too hopeful of a fight between them taking place. Brook admits that he’s tired of mentioning Khan’s name at this point. If Khan (34-5, 21 KOs) wants the fight, he knows where to reach him, says Brook. The Dominic Ingle trained Brook wants to fight for a world title in 2020, be it at 154 or 147.

It’s not easy for Brook to make welterweight, but he would do it under the right circumstances. Spence and Crawford are big enough fights for Brook to make the sacrifice to melt back down to 147. The last time Brook fought at welterweight, he lost to Spence by an 11th round knockout three years ago in May 2017. Brook has only fought twice since then, beating Sergey Rabchenko and Michael Zerafa.

Former IBF welterweight champion Brook comes from a year-long layoff after his last fight against Zerafa in December 2018. Brook wanted to get some big fights in 2019, but nothing happened. He called out Crawford and Khan fight fights. That matches failed to materialize.

The fight will be shown on DAZN in the States, and Sky Sports in the UK. In the co-feature, Kid Galahad fights Claudio Marrero in an IBF featherweight title eliminator. Heavyweight Dave Allen is also on the card.

“I can make welterweight for the right fight, but for this fight, I’ll be competing at 154,” Brook said. “Them names you mentioned [Errol Spence Jr. and Terence Crawford], those are the names I’ll got to 147 for. Other than them, I’ll be looking at the top men at 154. My thoughts are on DeLuca at 154. I’ve been one year out, so how am I going to be after a year out, you know? Only time will tell. I’m just excited to perform again,” said Brook.

The main problem that will keep Brook from getting fights against Crawford and Spence is his inactivity. At least as far as Spence is concerned, he has a lot of options available to him against the PBC welterweights. Brook has fallen out of the limelight due to his inactivity, and he’s not as well known in the States as the PBC 147-pounders.

Crawford might be a possibility for Brook if he looks good in beating DeLuca on February 8. Top Rank Boxing needs opponents for Crawford, and they’ve done a poor job of finding elite level guys to fight him. As long as Brook beats DeLuca, he should have a shot at getting Crawford in 2020.

Khan knows where I am says Brook

“Chocolate brownies, come out and play,” said Brook to Sky Sports Boxing on his next fight with DeLuca. “The spark is still there. I get out of my silk sheets in the morning, and make those six o’clock runs. When I compete against guys in the gym, I still want to win, and I don’t need to work again.

“It’s more about me. I’ve got more to give for the fans, and that’s why I’m here,” said Brook. “Other than that, I wouldn’t be here. It doesn’t even come into my mind, and it’s like it’s never happened,” said Brook about his two broken eye sockets he’s suffered.

“I believe in my surgeon, Dr. Muhammad Ali. He did a fantastic job on me. I feel like I’m flowing. I’m walking on air because I feel so good. It could still be there. He just needs to contact me,” said Brook on a fight with Amir Khan. “I’m fed up with saying anything about his name. He knows exactly where I am if he wants a fight,” said Brook.

Those two broken eye sockets Brook suffered against Gennadiy Golovkin and Spence did a number on his career. But he didn’t help though by choosing to sit out of the ring after fighting Zerafa.

It’s disappointing to see Brook still bothering to mention Khan’s name at this point, because the world has long figured out that Khan will never fight him. It’s a waste of Brook, and the boxing public’s time for him to continually bring up Khan’s name. He’s been chasing Khan for over 10 years now, and at some point you would think that Brook gets it that there’s no interest. 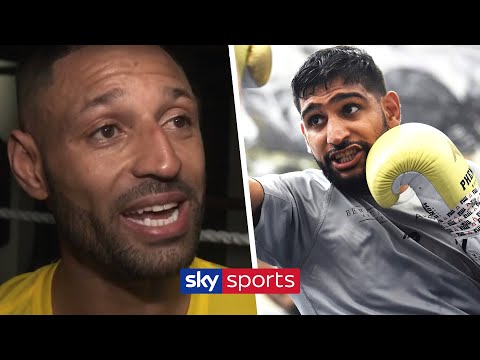 “Dusting off the cobwebs. I tried to make the big fights in 2019, but they fell through,” said Brook. “So I’ve had the year off basically, enjoyed the family, and regrouped and refreshed. I’ve got the mojo back again, I’m excited, and I can’t wait to fight in Sheffield in my own city. I can’t wait to perform again.

“He’s a tough man, an American. He’s only had one defeat, and then he came back to defeat the guy,” said Brook about his next opponent DeLuca. “So basically he’s unbeaten. He’s tough, determined and he’s coming to fight. The fans are going to be in for a real treat that night. I’ve just got February 8th in my mind now, and that’s the 154, super welterweight,” said Brook.

If Brook continues to take long layoffs between fights like we just saw, he may destroy what’s left of his career. As it is, Brook is looking pretty much finished as a major player. He’s never proven himself at 154, and it’s too late to start now. Brook will be turning 34 in May.

This isn’t considered a risky fight for Brook against 31-year-old Massachusetts native DeLuca. As long as Brook hasn’t degraded since his last fight against Zerafa, he should have little problems beating DeLuca. The American fighter is quite slow, and his boxing skills aren’t what one would normally see from a contender with his #7 WBA ranking at 154.

DeLuca’s best wins have been against these fighters: Walter Wright, Chris Chatman and Jimmy Williams. He lost to Wright in 2018, but then came back and beat him in the same year.