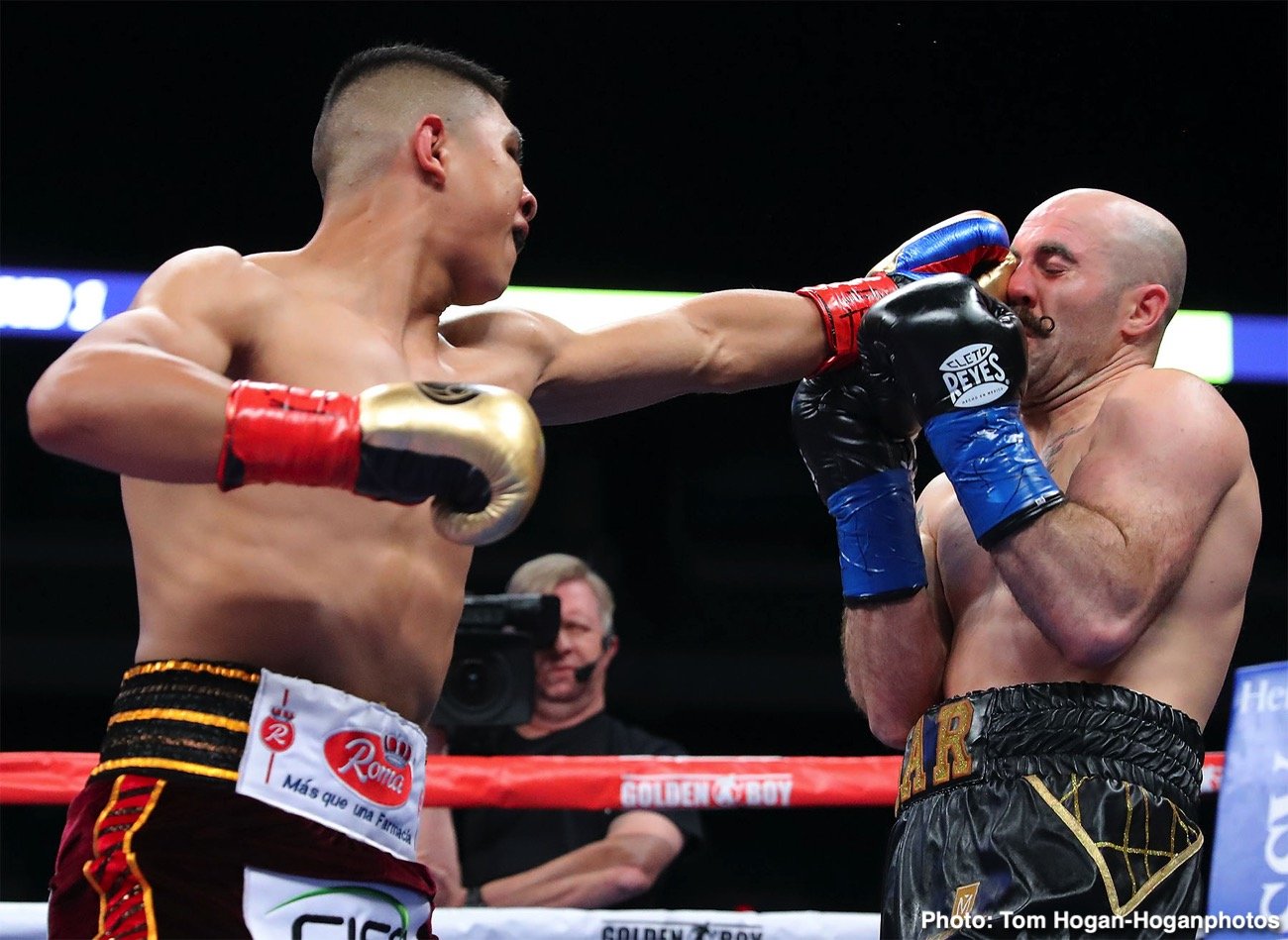 By Mark Eisner: In an impressive performance, former WBO junior middleweight champion Jaime Munguia (35-0, 28 KOs) defeated knockout artist Gary “Spike” O’Sullivan (30-4, 21 KOs) by an 11th round stoppage on Saturday night on DAZN in a grueling fight from start to finish at The Alamodome in San Antonio, Texas.

Fighting for the first time at middleweight, the 23-year-old Munguia unloaded with a flurry of shots in the 11th round against the badly hurt and visibly tired 35-year-old O’Sullivan. A fraction of a second before O’Sullivan fell down, his corner threw in the towel to have the fight stopped.

An overanxious Munguia continued to punch O’Sullivan even after went down. Fortunately for Munguia, he wasn’t disqualified for hitting O’Sullivan while he was down. The official time of the stoppage was at 2:17 of round 11.

Both fighters were hurt early 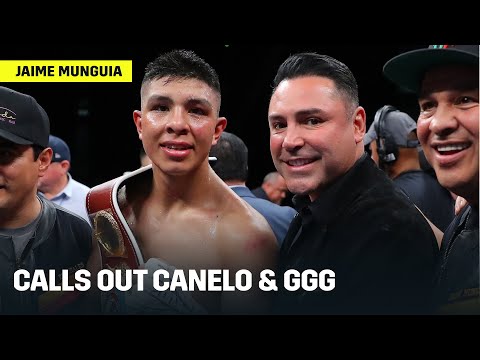 It looked like Munguia had him on the verge of a stoppage when O’Sullivan wound up with a big left hook that rung the unsuspecting Munguia’s bell. Munguia was REALLY hurt, and incredibly lucky that it happened at the very end of the round.

Surprisingly, O’Sullivan failed to jump on Munguia at the start of the 4th, considering that he still looked groggy. Either O’Sullivan wasn’t aware of how hurt he was or he was too tired to unload on him the way better fighters would have.

Earlier in the contest, the referee Mark Calo-oy docked Munguia a point in the 6th for a low blow. Munguia had been hitting O’Sullivan from the first round, but the referee finally decided to do something about it.

In the 7th, Munguia dropped O’Sullivan with what initially appeared to be a body shot. However, O’Sullivan alerted the referee and let him know he’d been hit low again. Sure enough, it was a clear low blow from Munguia. This time, the referee chose not to take a point away from Munguia.

The size, youth and the speed advantage of 6’0″ Munguia gave him the edge he needed for him to win tonight against the smaller 5’10” O’Sullivan.

“I gave it an 8 out of 9. And I could have done more things,” said Munguia when asked how he would rate his performance tonight. “I think I did better at 160. I wore down less.”

When asked who he wants to fight next, Munguia said, “I would want Canelo, Golovkin or Charlo. I look forward to those fights.”

Jaime Munguia wants ALL THE SMOKE at middleweight 😤 pic.twitter.com/QljCs03A3o

It’s not likely Golden Boy Promotions will put Munguia in with those type of fighters just yet. Munguia is only 23, and he needs more time before he’s ready to take on those types of fighters. O’Sullivan was a little too competitive in the first six rounds, and he wouldn’t have been had he been in with GGG, Canelo or Charlo.

Munguia is so much younger than those fighters, and he did well given his youth. He just needs more time to progress, and learn. His trainer Erik Morales has taught him a long in a short period of time.