By Chris Williams: Bob Arum hasn’t given up on his idea of matching WBO welterweight champion Terence ‘Bud’ Crawford (36-0, 27 KOs) against UFC star Conor McGregor in a 2-fight deal.

Unperturbed by the fact that the 31-year-old McGregor has a great chance of fighting Floyd Mayweather Jr. or Manny Pacquiao in 2020, Arum says Crawford, 32, would fight Conor in the octagon for fight #1, and then in boxing in fight #2.

No demand for McGregor vs. Crawford

Arum isn’t sure how the 2 fights with Mcgregor would help Crawford’s popularity, but he thinks it would make him a lot of money. Obviously, Top Rank would make big money as well if those two fights were made. Arum says he’s going to speak with UFC president Dana White to try and setup a deal.

There’s ZERO demand for a fight between McGregor and Crawford, and that match likely would bring in poor PPV numbers. If McGregor made the mistake of signing for 2 fights with Crawford, he’d likely be upset afterwards when they fail to make anywhere close to the kind of money he could have made against Pacquiao or Mayweather.

Crawford willing to fight McGregor in octagon in first fight

“Yeah, we can’t be unfair to the MMA guys, and always make them fight the elite boxers in a boxing ring,” said Arum to Fighthub on wanting McGregor for Crawford. “Here is an elite boxer Terence Crawford who is willing to fight Conor McGregor on his turf in the octagon, and then they can fight three months later in the boxing ring.

“That’s a better test, and I think Crawford is a really tough dude, and he’s got a wrestling background,” said Arum. “I think he would do really well in the octagon with Conor McGregor. Yeah, Crawford has gone on record now [of wanting to fight McGregor under the rules of MMA].

“So hopefully, we’ll get it done,” said on a McGregor vs. Crawford fight. “I don’t know what it does to Crawford’s profile to fight Conor McGregor, but it certainly helps Crawford’s bank account,” said Arum.

Instead of Arum wasting time talking about a fight that will NEVER get made between Crawford and McGregor, he should be trying to set Bud up with a match against Shawn Porter. Errol Spence Jr. isn’t ready to fight Crawford yet, but Porter is, and he still wants that fight. Arum needs to set it up before Porter changes his mind.

Crawford has been a professional for 12 years, and he has nothing to show for all those years in terms of big fights.

“That’s not fair. They’re willing to fight him in the boxing ring where McGregor doesn’t have much of a chance,” said Arum about Manny Pacquiao potentially facing McGregor in a boxing match. “Let’s even it out. One fight in the octagon, and one match in the boxing ring, and let’s see who’s better.

“Dana White has a chance of going into boxing with the two-fight deal that we proposed,” said Arum in continuing on his dream of a McGregor-Crawford fight. Let’s see. Dana White is a fantastic promoter, and does a tremendous job with MMA.

“The McGregor fight, which can be purchased on pay-per-view only on ESPN+ did over 900,000 buys,” said Arum. “So, there’s a lot to be said about the UFC and MMA’s popularity, and a lot of that is attributable to DANA White. Let’s be honest about it, he’s a great promoter.

McGregor is a draw, but Crawford isn’t. That’s the whole problem. Arum can talk to Dana White all he wants, but they’re not going to bother setting up a small fight with Crawford. With all the choices McGregor has for fights against boxers, why would he pick Crawford? 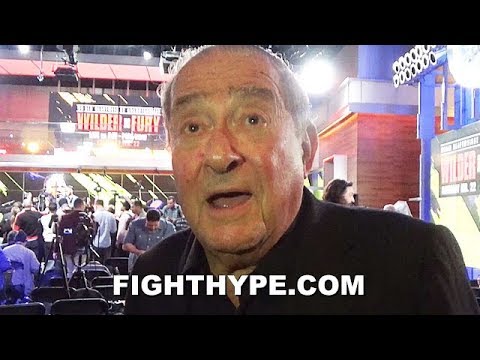