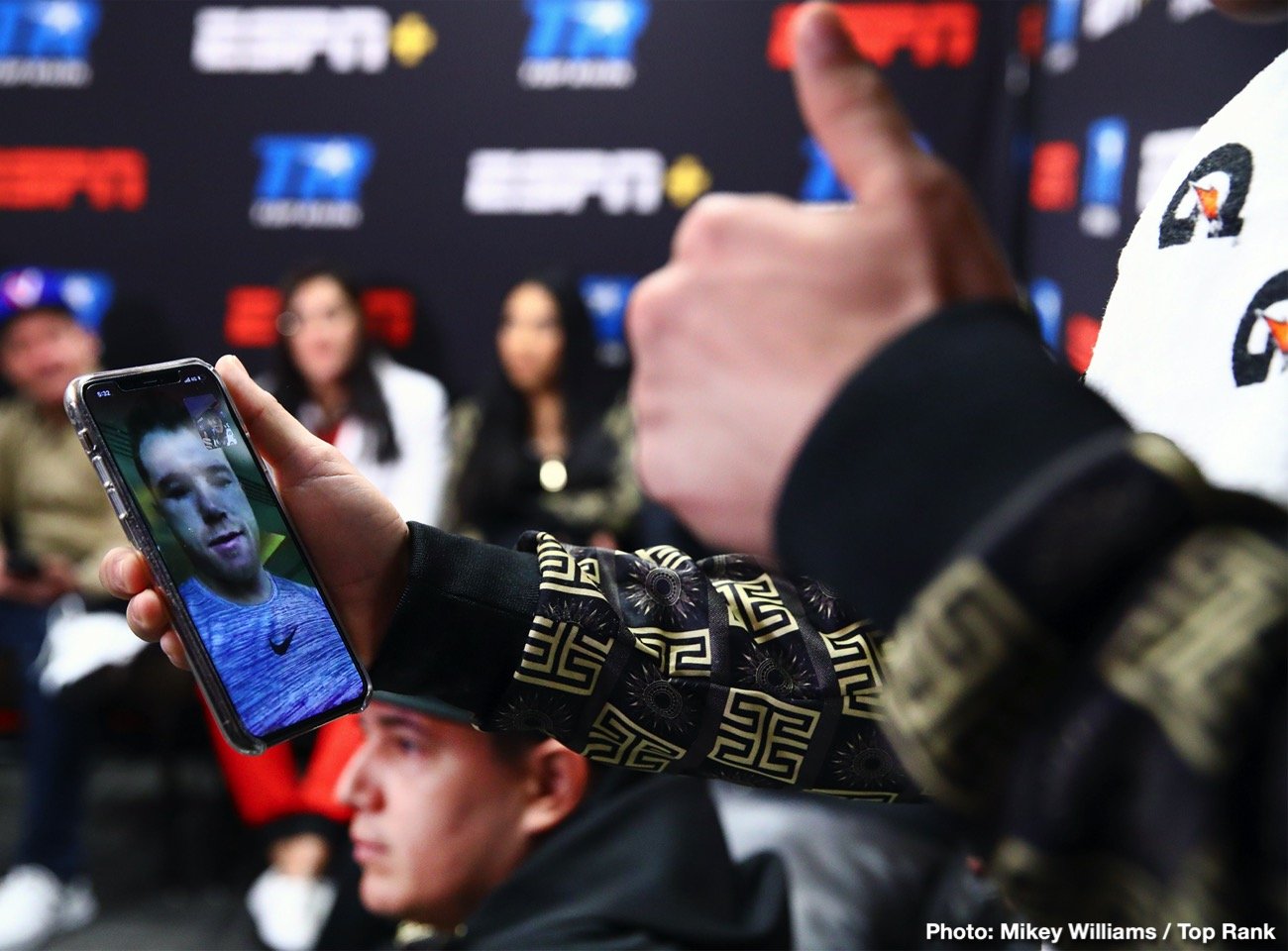 By Aragon Garcia: Trainer Eddy Reynoso has revealed Saul Canelo Alvarez’s 4-fighter short list for his next fight in May, and some of the names might be surprise to boxing fans. Reynoso says Canelo will be either dropping down to 160 or 168 for his next fight. Further, Reynoso states that Canelo’s next opponent will be revealed after January 15. They plan on discussing it with DAZN to decide who’s available, and who they want.

Despite reports saying that Canelo vacated his WBA ‘regular’ 168-lb title this week, Reynoso says that Canelo didn’t give up his title, and he still views himself as a world champion at super middleweight. Reynoso is confident that Canelo can lose the weight that he recently put on to fight at light heavyweight, and come back down to 160 or 168.

Canelo bulked up to to fight at 175 earlier this month and he defeated WBO light heavyweight champion Sergey Kovalev by an 11th round knockout. He hasn’t said whether he’ll keep the belt and defend it or not, but for the time being, he plans on moving down in weight.

“Our plans are to fight at 160 and 168. There are a lot of names. The Golovkin trilogy, Callum Smith, John Ryder, Billy Joe Saunders,” said Reynoso when asked who Canelo will be fighting next. We have five months until the date we have in May for when Canelo always fights in.

“There’s plenty of time for Canelo to go back down to 160 or 168. That’s not a problem for us. Right now, we’re going to give it to DAZN to see what’s available to us out there. We plan on making an announcement for the fight in May for Canelo on January 15, after the New Year.

Ryan [Garcia] is training, he’s back in the gym,” said Reynoso in giving an update on Ryan.

It’s surprising that Reynoso mentioned Golovkin (40-1-1, 35 KOs) as one of the four fighters that are being considered for Canelo next fight, because the superstar said this week that he won’t ever fight him again. Unless Canelo and DAZN let Golovkin know as soon as possible that they want him for May, he’s going to be making a defense of his IBF middleweight title against mandatory Kamil Szeremeta in February.

Ryder just lost to WBA Super World super middleweight champion Callum Smith by a 12 round unanimous decision on November 23 in Liverpool, England. It was a controversial win for Callum, but the fact remains that Ryder still lost. Does Canelo want to fight a guy that is coming off of a loss?

Reynoso talks about Kovalev’s excuses for loss to Canelo

“What he said is on him. We made sure to prepare for our fight,” said Eddy Reynoso about Kovalevs comments that he wasn’t 100% for the Canelo fight due to him being weight drained. “Kovalev and his team didn’t do their job to prepare for their fight, and that’s their issue. We did our job. It feels very good to close out in the fashion we did. Canelo had 2 fights this year,” said Reynoso.

Kovalev has been complaining about how he didn’t have time to recover after his fight against Anthony Yarde on August 31. He had to start training camp for the Canelo fight after just 3 weeks of rest, and that wasn’t enough time. Kovalev says he had problems with making weight for the fight with Canelo, and that left him weak.

“One was a unification [against Daniel Jacobs] at middleweight, and then to go conquer a fourth division at light heavyweight. Ryan [Garcia] is doing big things, and Oscar [Valdez] as well. We were never contacted by the WBA. And we consider ourselves champions at 160, 169 and 175 pounds. We never gave up or vacated the title,” said Reynoso.

Matchroom Boxing promoter Eddie Hearn is the one that revealed that Canelo was no longer the WBA ‘regular’ super middleweight champion. Was Hearn wrong or does he know something that Canelo doesn’t know? The argument for Canelo losing his WBA title is that won the belt in December 2018, and he’s not defended it in 11 months, and he’s not going to defend it in a 12 month period. If the World Boxing Association wants to strip Canelo of his title because he skipped a year, and didn’t allow the contenders a shot at his belt, then they should say so. Right now, Reynoso isn’t aware of Canelo having been stripped.