Joshua has been knocking down sparring partners preparing for Ruiz 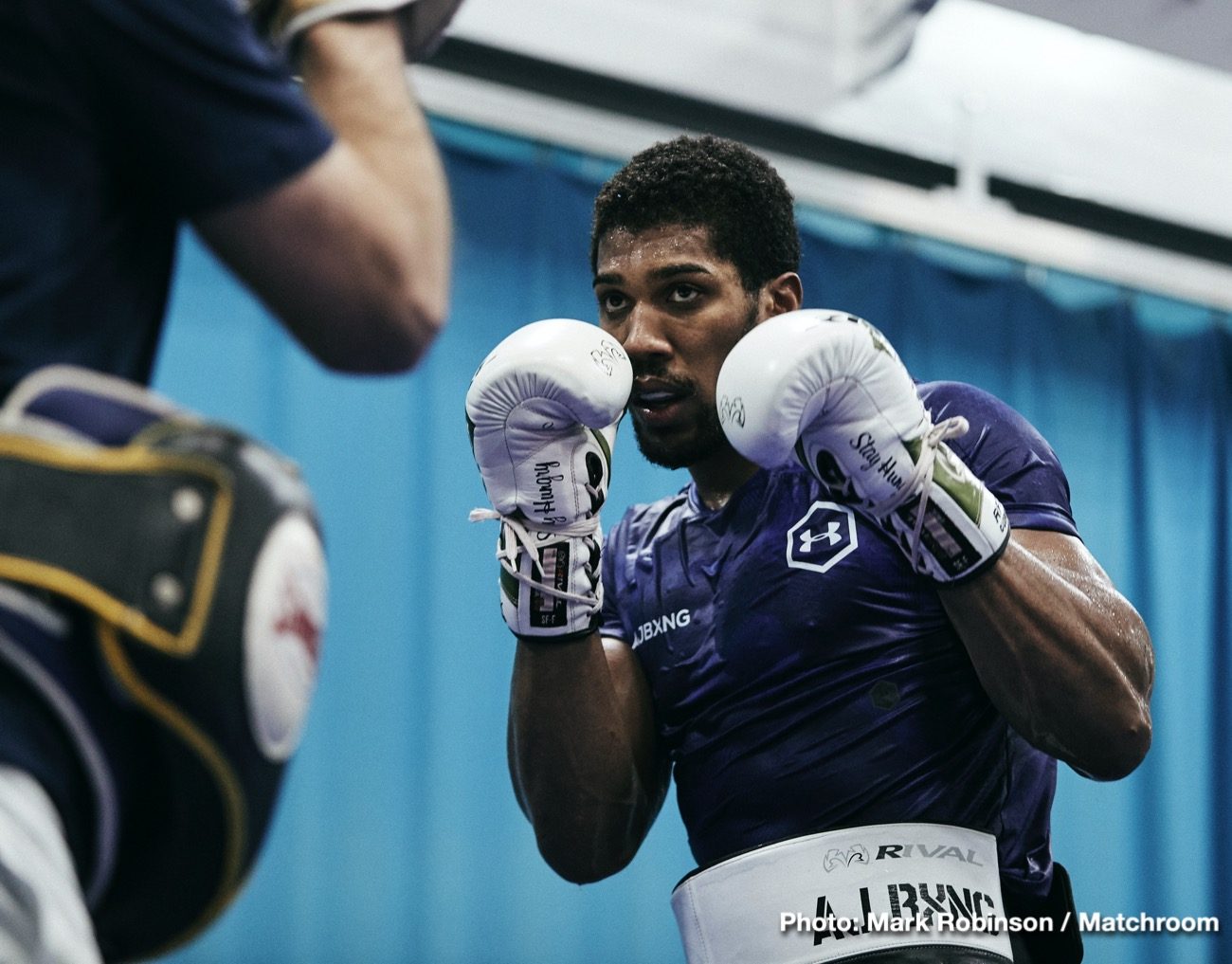 By Scott Gilfoid: Anthony Joshua has been knocking down his sparring partners, and he’s sent several of them home after destroying them, according to American Timothy Moten. He’s one of many sparring partners that were brought into former IBF/WBA/WBO heavyweight champion Joshua’s came to emulate the style of the chunky 6’2″, 260+ lb Andy Ruiz Jr. (33-1, 22 KO) for their fight this Saturday, December 7 in Saudi Arabia.

The 5’11”, 270+ lb Moten didn’t reveal who Joshua has been sparring besides himself, but it appears that he’s been fighting short, stocky fighters with a similar build as Ruiz Jr.

Moten isn’t saying anything about reports that Joshua is ALSO getting worked over by certain sparring partners in camp. This is what happened last time Joshua prepared for Ruiz last June, and we all know how that fight went.

‘There have been guys here, I don’t want to say any names, but I’ve seen guys come into camp, get blown away and get sent home that same week,’ Moten said to the Dailymail.

“He’s dropped a few of his sparring partners and he’s rocked a lot. Joshua is by far the hardest hitter I’ve been in the ring with. His mentality is to destroy. He is like a focused, caged lion and when the time is right, he will unleash,” said Moten.

Joshua dropping unknown sparring partners with WEIGHT issues doesn’t mean a lot. If Joshua’s sparring partners had Ruiz’s talent, they wouldn’t be in that line of work, would they? If you’re super talented heavyweight, then what are you doing sparring Joshua?

Moten says Joshua has other sparring partners in camp that have been helping him with the speed that he’ll be dealing with against Ruiz. He’s also working on staying relaxed when under attack. That’s something that caused him to fall apart against Ruiz last June. Joshua got tired after Ruiz forced him to fight at a fast pace, and he was quickly stopped.

Moten has NO experience against quality fighters

Joshua’s main sparring partner Moten has a 5-0 record, but he’s not fought anyone good. As such, Joshua is sparring with a fighter that is NOTHING like Ruiz. Here are Moten’s five opponents during his professional career:

Look at the records of Moten’s opponents. Now what does that tell you about where he’s at career-wise compared to Ruiz?

You’ve got to take reports about Joshua bowling over his sparring partners with a grain of sand, and realize that he’s not likely working with world beaters. If they were as good as Ruiz, they wouldn’t be sparring partners, would they? I’m just saying.

How would Joshua and his trainer Rob McCracken take it if Moten revealed bad stuff about AJ? Would they keep him as a sparring partner? These are questions you have to ask when a sparring partners gives high praise to a fighter that they’re hired to spar with.