Jarrell Miller slams Joshua for the way he RAN against Ruiz 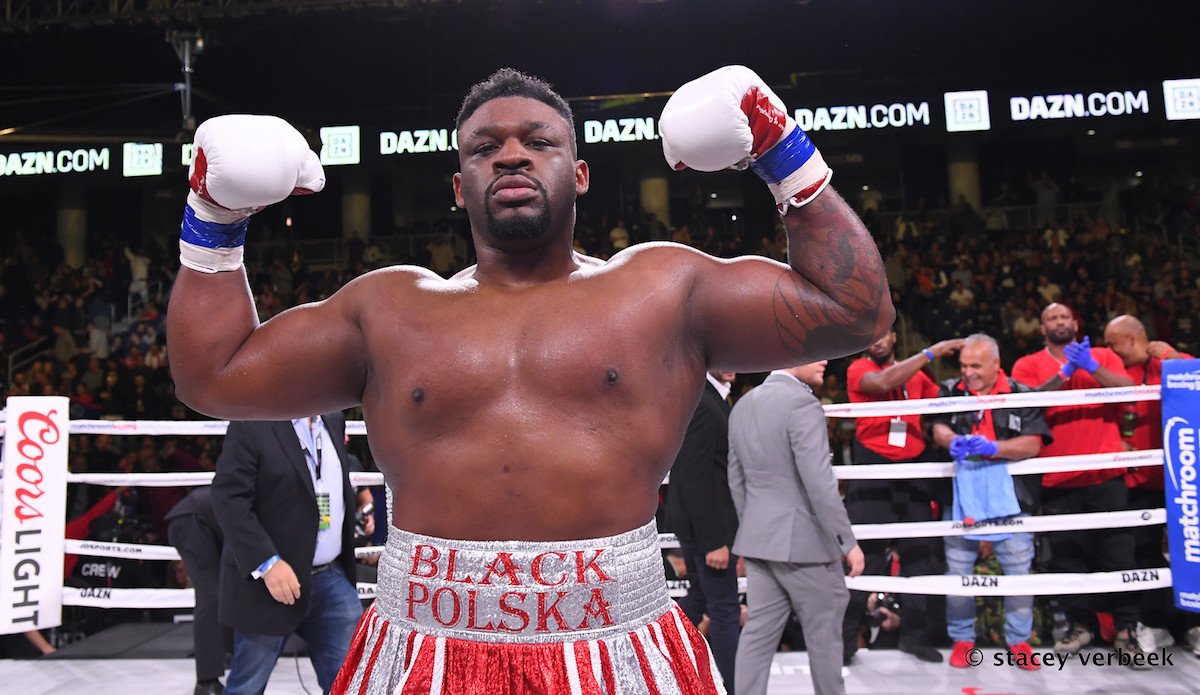 By Kenneth Friedman: Heavyweight contender Jarrell ‘Big Baby’ Miller is calling Anthony Joshua and his promoter Eddie Hearn hypocrites for the way that AJ fought against Andy Ruiz Jr. in their rematch last Saturday. Miller (23-0-1, 20 KOs) says Joshua just “RAN’ against Ruiz Jr. (33-2, 22 KOs) in beating him by a 12 round unanimous decision in a fight that many boxing fans saw as a boring one in Saudi Arabia.

Miller posted an old interview of Joshua on his Instagram in which he criticized Tyson Fury for the way he fought in dethroning former IBF/IBO/WBA/WBO heavyweight champion Wladimir Klitschko in September 2015 in Dusseldorf, Germany.

Fury was on his bike for the full 12 rounds, moving, slapping and fighting negatively. Although Fury won the fight, it was a dull match. Both Joshua and Hearn weren’t impressed with the way that Fury won the fight. Nevertheless, Joshua used a similar fighting style to beat Ruiz last weekend in Saudi Arabia, and after the fight, Hearn was highly complimentary of his performance. So instead of Hearn being critical of Joshua like he was with Fury, he was giving him lots of love.

“If Applejacks and Eddie Hearn ain’t the biggest hypocrites in boxing, I guess there’s no such thing as Hell,” said Miller on his Instagram in complaining about Joshua and Hearn. “This mofo RAN LIKE B— [against Andy Ruiz]. lmfao. One of the many bipolar interviews from the sweet and low DUO F— boy DONT RUN @casanova2x.”

On Sunday, Hearn was asked about whether he has any plans on using Miller for fights in the future, and he said he can’t use him right now. Hearn said that if Miller puts some wins together, he might have some ideas for fights involving him in the future. But right now, he’s got nothing for him.

Miller was scheduled to fight Joshua last June in New York, but he failed some drug tests and was replaced by Ruiz. That could have Miller’s night had he been the one that had faced Joshua, as he was there to be beaten. Ruiz destroyed Joshua in 7 rounds after being decked in the 3rd.

“He boxed 12 rounds and run. I don’t respect that,” said Joshua in an old interview in talking about how Fury fought in beating Wladimir Klitschko in 2015. If I’m the kind of the empire in the olden days, and another empire comes to try and take my territory, you don’t come and try and steal my treasure. That’s what Fury done. He stole the belts from Klitschko. He just boxed and moved. I know it’s the art of boxing. I always say if you come to slay the King, you look him in the face, and take what’s his,” said Joshua.

It looks like Joshua’s opinion about the sweet science has changed dramatically since 2015. Like anyone, Joshua is allowed to change his mind about how fighters should win their bouts. WBC heavyweight champion Deontay Wilder was openly critical of how Joshua beat Ruiz.

Wilder: Joshua ran around the ring

“Joshua did what he had to do to get the win. He ran around the ring and was on his bike all day,” said Wilder to @TheAthleticBox.

“Big Baby Miller: Am I Angry = YES. Am I frustrated = YES. I disappointed = Yes. Am I going to sit here and point the finger wait for some magic promototer to pull strings, blame others or some hokis pokis meat. Bi$&@ about it = F— No. MAN the F– Up Get back To WORK AND Earn MINES #smd if you don’t believe Watch me WORK. NEWS coming soon #iambigbabymiller #brooklyn #queens #bigbabymiller.”