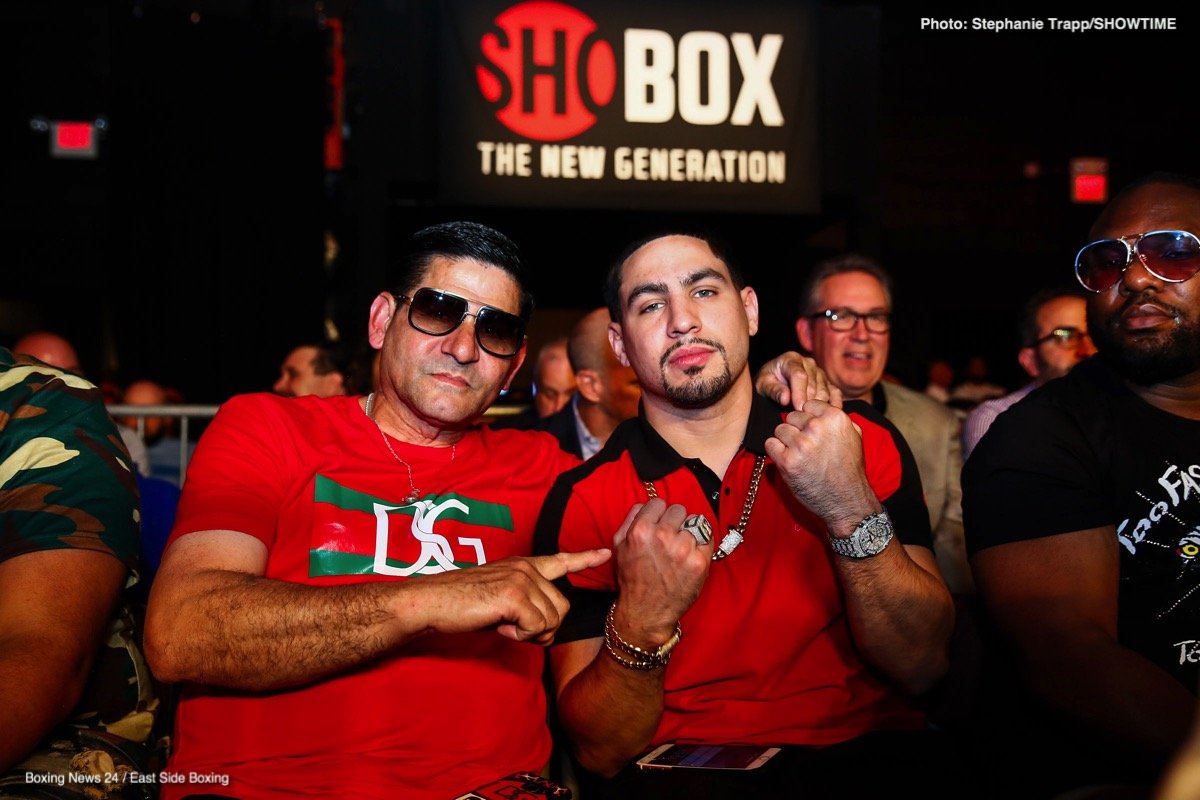 By Dan Ambrose: Danny ‘Swift’ Garcia will be fighting next month against Ivan ‘El Terrible’ Redkach in the headliner on Showtime on January 25 at the Barclays Center in Brooklyn, New York. The former two division world champion Garcia (35-2, 21 KOs) was originally supposed to be facing IBF/WBC welterweight champion Errol ‘The Truth’ Spence Jr. on Jan.25 on Fox Sports Pay-Per-View, but the Texas native’s car crash last October foiled those plans.

Garcia vs. Redkach isn’t a high quality fight for a main event though. It’s more of an undercard level fight, but Showtime Boxing will be televising it anyway. Redkach, 33, is more on the level of the guys that #2 WBA, #2 WBC, #3 WBO Garcia has been facing recently with his fight against Adrian Granados last April.  Garcia is ranked high at 147, but he hasn’t beaten anyone of note since moving up to the weight class in 2014.

Boxing fans are wondering why Garcia isn’t stepping it up against higher level opposition, but it’s possible that his confidence isn’t there since suffering a 12 round unanimous decision loss to Shawn Porter in September 2018. Porter roughed Garcia up, and got the better of him on the inside. Unlike Spence, Garcia tried to keep the action at range against Porter, but he was unable to keep him off.

Since moving to 147, Garcia has wins over these fighters:

When Garcia tried stepping it up against the elite level welterweights, he was beaten by Keith ‘One Time’ Thurman and Shawn Porter. Garcia was a much better fighter when he fought at 140, and held the WBA and WBC light welterweight belts. In that weight class, Garcia’s power carried a lot farther, and he was able to dominate his opposition.

If Garcia was still fighting at light welterweight, he’d likely still be a world champion. However, the paydays at 140 aren’t as good as they are at 147, and that’s likely the mani reason why Garcia chooses to stay in this weight class rather than moving back don.

For some reason, Garcia, 31, is failing to take advantage of what little time he has left in his career, as he only fought once in 2019. That’s not enough obviously for Garcia to keep his boxing skills sharp, but he likely figures he’ll get a world title shot any time he wants one.

Garcia’s problem is that he’s not looked good since moving up to 147 in 2014. He did capture the vacant WBC welterweight belt in January 2016 in beating Robert ‘The Ghost’ Guerrero by a 12 round unanimous decision, but he didn’t look spectacular in that fight. Guerrero complained afterwards that he felt he’d done enough to deserve the victory.

Former lightweight, Redkach (23-4, 18 KOs) has won his last three fights in beating former two division world champion Devon Alexander, Tyrone Harris and Brian Jones. Despite the victories, the southpaw Redkach isn’t ranked in the top 15 by any of the four sanctioning bodies at 147.

Ivan Redkach with a chance to score an upset

Redkach has losses to Tevin Farmer, John Molina Jr. and Argenis Mendez. Those guys were able to take advantage of Redkach’s primitive boxing skills by beating him. Molina obliterated Redkach in a 4th round knockout. Redkach made the mistake of standing in the pocket with Molina, who has excellent power.

If Redkach beats Garcia, it would be a huge boost to his career, and possibly put him in position for a world title fight. It won’t be easy for Redkach to beat Garcia, but he’ll need to take the fight to him. He’s got the fighting style that gives Garcia problems, as he doesn’t do well against really aggressive fighters with good power. If nothing else, Redkach is very aggressive.