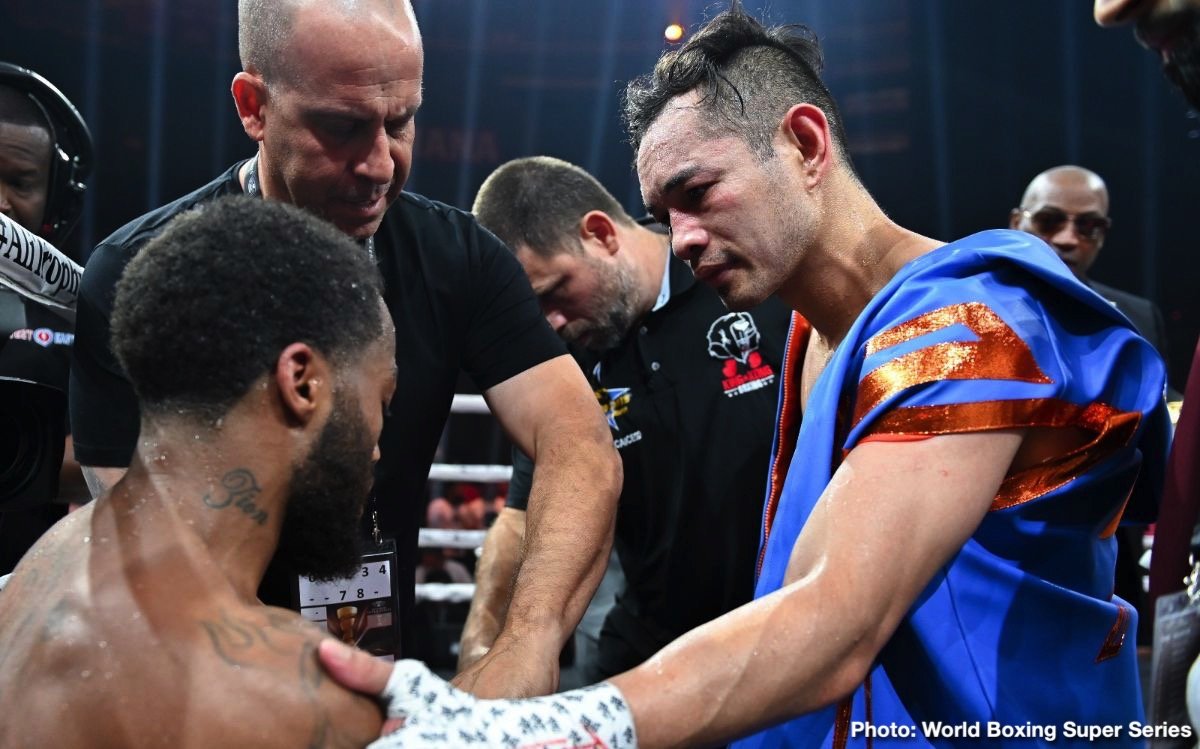 By Chris Williams:  WBC bantamweight champion Nordine Oubaali has been ordered by the World Boxing Council to defend his title against #4 Nonito Donaire in his next fight following the removal of the previous mandatory Luis Nery from that spot after he failed to make weight for his canceled November 23 fight against Emmanuel Rodriguez (19-1, 12 KO).

Purse bid for Oubaali vs. Donaire on Jan.3

There’s a purse bid that has been tentatively scheduled for January 3 in the event that the promoters for Oubaali (17-0, 12 KOs) and Donaire (40-6, 26 KOs) are unable to reach a deal.

What’s difficult to understand is the WBC’s rationale for installing the 37-year-old Donaire as the mandatory for Oubaali, given that he’s coming off of a 12 round unanimous decision loss to IBF bantamweight champion Naoya ‘Monster’ Inoue on November 7.

It a good performance by Donaire in pushing Inoue hard, but he still lost the fight. The defeat by Donaire should in theory remove him from contention being made a mandatory challenger for the 33-year-old WBC 118-lb champion Oubaali.

The statement from the WBC in ordering Oubaali vs. Donaire:

“The WBC Board of Governors has voted unanimously to appoint Nonito Donaire as the WBC mandatory contender in the bantamweight division. The free negotiations period has begun for the mandatory title defense of WBC bantamweight champion Nordine Oubaali and if no agreement is reached, a purse offer will be conducted on Friday January 3, 2020, in Mexico City.”

Donaire will likely be the favorite to beat Frances Oubaali when they meet up. Oubaali is a good volume puncher, but he lacks power and hand speed to beat a fighter like Donaire or Inoue. With Donaire’s punching power, he’s going to give Oubaali a lot of problems.

Oubaali still inexperienced as a professional

The two-time Olympian Oubaali hasn’t fought anyone talented yet during his five-year professional career,  so it’ll be intriguing to see how well he holds up under the intense punching power from Donaire. Oubaali didn’t look good in struggling to beat Rau’shee Warren by a 12 round unanimous decision earlier this year in January.

Although Oubaali got the win, it was a lot closer than the scores handed in by two of the judges. They had it 116-112, 117-111. The third judge had the fight scored a lot closer at 115-113. That’s the same score Boxing News 24 had for Oubaali. He won the fight, but it was far from a dominating performance.

There are plenty of good contenders the WBC could have selected for Oubaali to fight. The WBC obviously chose Donaire, because a fight between him and Oubaali would attraact more worldwide interest from casual and hardcore boxing fans than if they had picked another contender from their top 15.

Here’s the WBC’s top 15 at bantamweight:


« Ruiz’s trainer on Joshua’s movement: ‘I haven’t seen a heavyweight move like that in a long time’