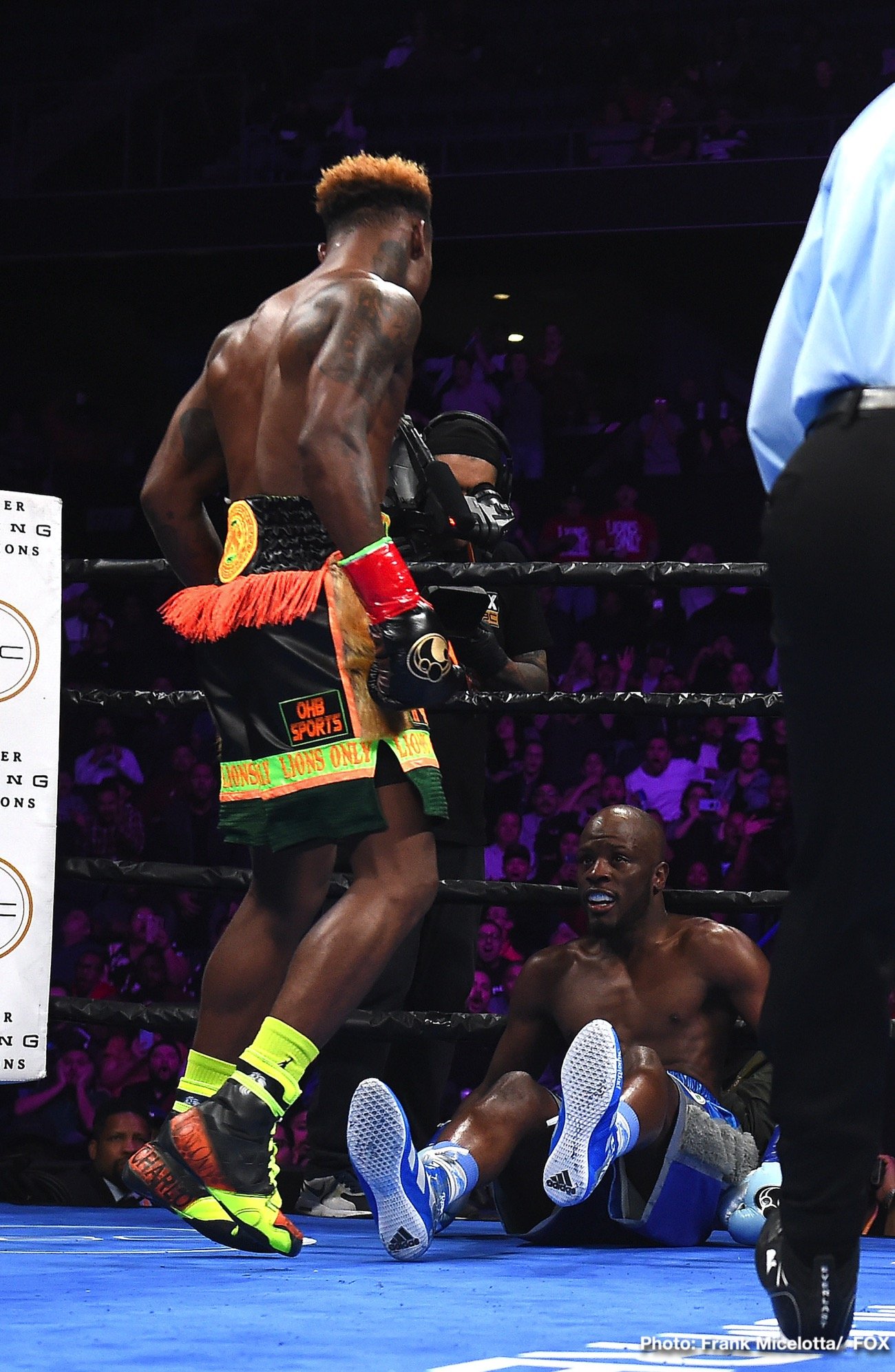 By Mark Eisner: Jermell Charlo (33-1, 17 KOs) rallied to stop WBC junior middleweight champion Tony Harrison (28-3, 21 KOs) in the 11th round on Saturday night at the Toyota Arena in Ontario, California.

Charlo came into the 11th round appearing to be well behind in the fight but he turned the tables in hurting Harrison with a hard right hand to the head. Jermell then followed up with another big hook that put Harrison down on the canvas. Harrison, 29, immediately got up off the canvas. Moments later, Charlo knocked Harrison down for the second time in the round.

Charlo then went for the finish in unloading a series of hard shots that led to referee Jack Reiss stepping in and stopping the contest. This is a referee known for being old school when it comes to stopping fights. He tends to let them continue it’s academic that one fighter is finished. In this case, Reiss chose to pull the trigger fast by stopping it before Harrison was truly finished.

Earlier in the fight, Charlo dropped Harrison with a hook in round 2. However, Harrison came back strong, and out-boxed Charlo in rounds 3 through 10. You can argue that the only round that Charlo had won in the fight going into the 11th was round 2. He’s powerful puncher, but he lacks the boxing skills to win rounds against talented fighters like Harrison.

With the victory, Charlo avenges his loss to Harrison from last December. That was a fight in which Harrison out-boxed Charlo in the same way he was doing tonight, but he was able to handle his power a lot better.

Charlo was fighting with anger most of the fight, and looking like he wanted to tear Harrison’s head off with every shot. The way that Charlo was over-swinging enabled Harrison to pick him off with jabs and 1-2 combinations. It was obvious from watching the fight that Harrison was the smarter fighter, and more in control.

What Charlo had going for him was his size, and his punching power. Although Jermell isn’t the puncher his twin brother Jermall Charlo is, he’s still a good puncher in his own right. He’s just not on the level of Jermall, and he doesn’t have the same ability to adapt that he does.

It’s unclear what Charlo’s next move will be. He could fight Harrison in a thrilogy fight or move on and defend against Erickson Lubin or Jarrett Hurd. A lot of boxing fans wouldn’t mind seeing Hurd get a shot against Charlo. We’ve already seen Charlo knockout Lubin, so that would be a less interesting fight. 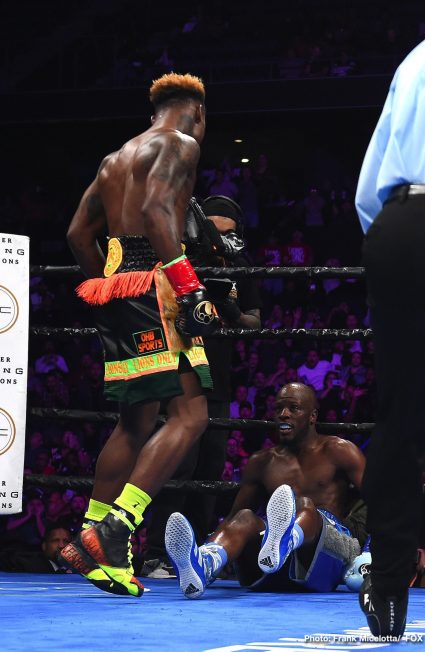 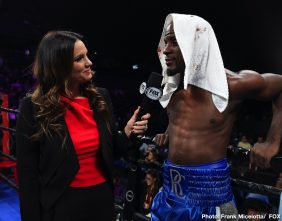 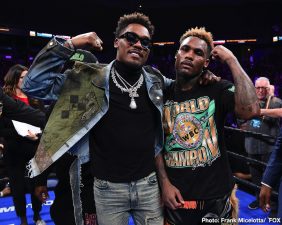 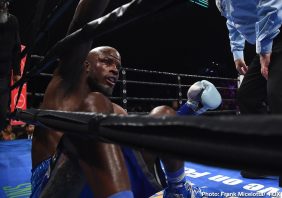 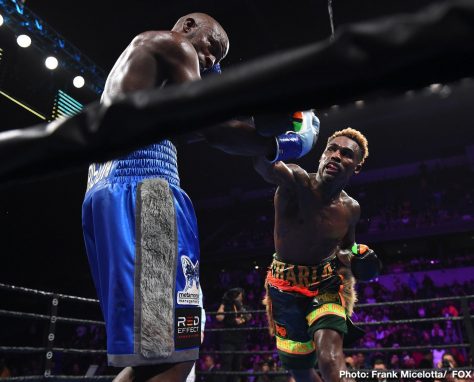 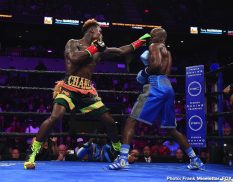 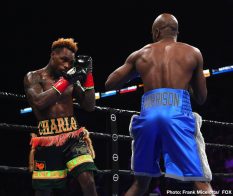 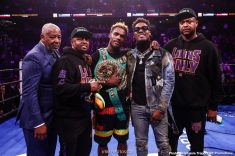 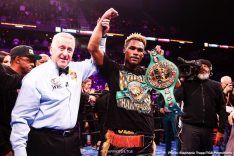 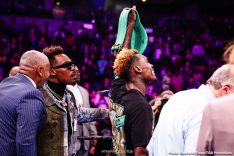 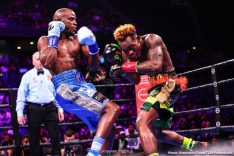 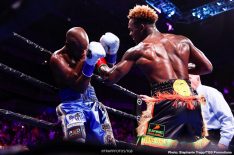 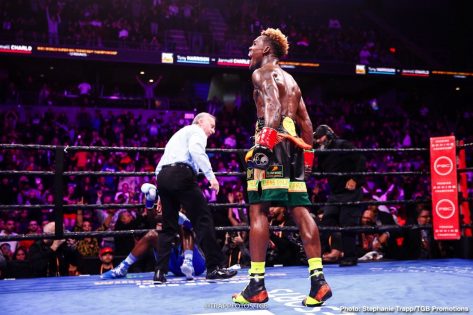 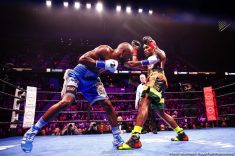 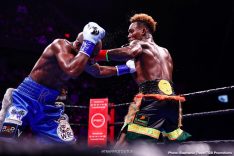 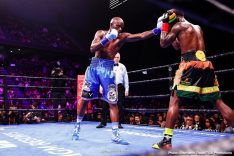 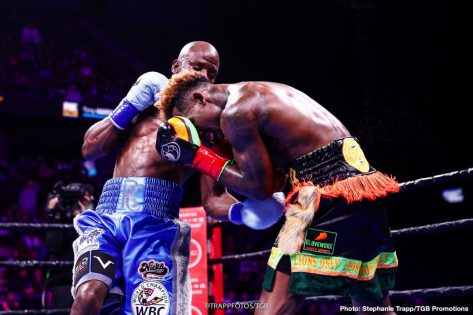 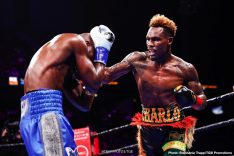 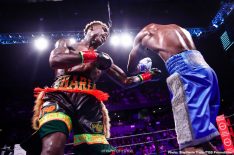 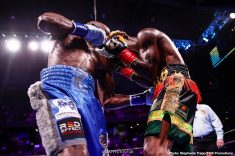 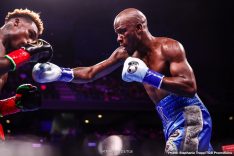 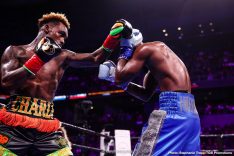 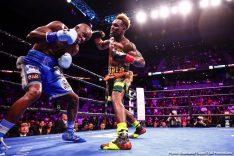 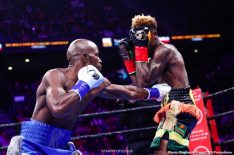 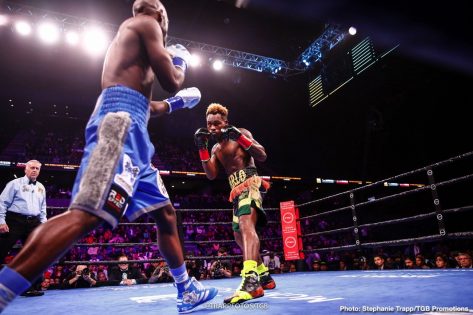 
« Chavez Jr. hospitalized, having NOSE surgery after loss to Jacobs

Errol Spence wants Pacquiao or Danny Garcia in May or June »