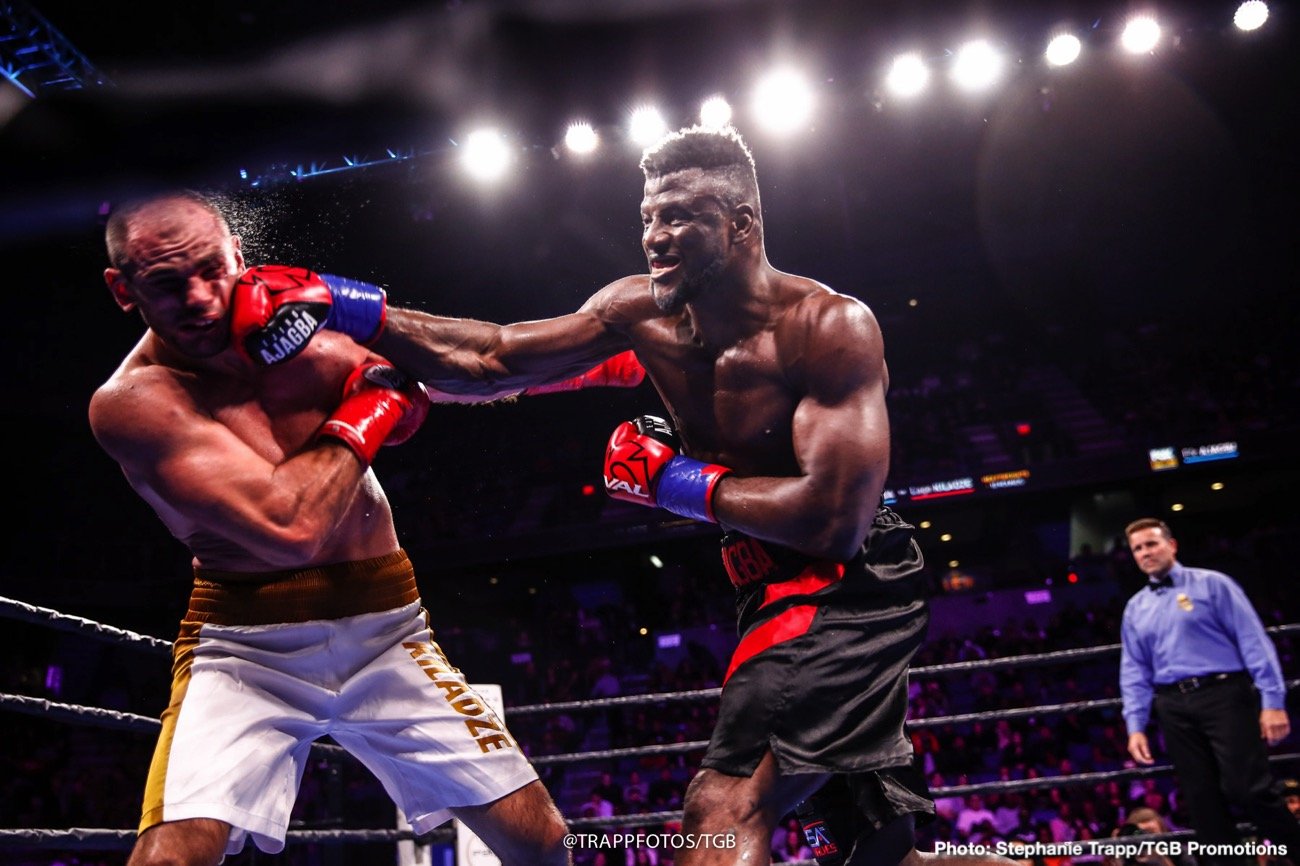 By Gav Duthie: Moving into 2020 the heavyweight division is the best it has ever been this side of the Millenium. We have charismatic champions in Anthony Joshua and Deontay Wilder with the outstanding duo of Tyson Fury and Oleksandr Usyk waiting in the wings.

There have been great fights recently and many more to come. There are even some prospects coming through that could add to the mixture. All four 2016 Olympic semi finalists are now undefeated professionals with Filip Hrgovic receiving a lot of publicity.

British duo Joe Joyce and Daniel Dubois are getting a bit of hype as are Adam Kownacki and Michael Hunter. Here are a few names that should get a bit more traction over the next year or so.

This has to be a step up year for the New Zealander. He has finished his textbook apprenticeship beating seasoned journeyman like Dominic Guinn and Devin Vargas on points so needs a big fight soon. His performances against these two suggest he isn’t top level. He has an amateur win over Joseph Parker so a clash with him seems inevitable but an Oceanic battle against someone like Lucas Browne would also suffice for the near future. Standing at 6’5 and with fast hands he is fun to watch and will at least be someone to look at but probably not one to fear.

I’ll be honest based on his 14 wins as a professional Romanov would not be in the top 5 ones to watch. Probably not even the top 10. He is basically playing a numbers game at this point racking up low level wins. The reason he is on here is because he boasts a knockout victory over Deontay Wilder as an amateur. The more wins he racks up the better as its an easy sell for promoters. He is 34 years old but is only just 6’0 foot tall. He is strong and has a good right hand but he needs to step up the competition if he wants to be considered for any big fights next year.

This man seems to get very little credit for his exploits. When he beat Derek Chisora barely anyone seemed to notice. He has recently defended his European title against the rugged Andriy Rudenko. At 27 years of age he has a lot to offer. He is quick with good movement on both the front and back foot. He is rated at #4 with the IBF and will be looking to secure a mandatory spot. Perhaps a fight with Adam Kownacki would help with that. What is for sure if he keeps winning fights against good opponents he can’t be ignored.

I had tagged Ajagba for the #1 spot before his patchy performance against Iago Kiladze last weekend. Kiladze boasts 26 stoppages from 29 victories but had been stopped easily at the higher levels. I expected Ajagba to do the same. Although on the face of it the 6’6 Nigerian former Olympian did stop Kiladze in round 5 it was a rollercoaster night. Ajagba was dropped in round 3 by a big right hand he admits he didn’t see coming. He says he will learn from this and he will need to. Ajagba is only 25 so has time on his side. He has an excellent jab and straight right but will need to work on how he defends when he steps in for big shots. An exciting prospect though none the less.

The giant 6’9 Kazakh won Olympic bronze medals in 2012 and 2016 losing to British duo Anthony Joshua and Joe Joyce in the semi finals respectively. Other than Tyson Fury there is no other heavyweight of this height that can move like Dychko. He has won all of his bouts by stoppage so far but the level of opposition is topped by journeyman Ray Austin. Dychko seemed to have stamina issues during his amateur career but has managed a few rounds as a pro. If he can iron this out he can be an extremely dangerous contender.