By Kenneth Friedman: Zolani Tete weighed in at 116.25 pounds on Friday afternoon for his title defense of his WBO bantamweight belt against interim WBO champion John Riel Casimero for their fight this Saturday night at the Arena Birmingham, in Birmingham. weighed in at 117.25 lbs.

The hard hitting Tete, 31. needs a win here for him to stay in the running for a unification bout against IBF/WBA 118-lb champion Naoya ‘Monster’ Inoue (19-0, 16 KOs) in 2020. That’s the fight that Tete wants most of all right noaw, and it’s one that he believes he’s got the talent to win.

The money that the winner of this fight can make against Inoue is huge, and it would be welcome by both.

Tete is the favorite in this fight on Saturday against the 30-year-old Casimero, as he’s got the power and the size advantage to win. The 5’9″ Tete will have a huge 5″ height and an 8″ reach advantage over Casimero.

That’s an incredible advantage in size and reach that Tete will have in this fight, and it seems very unlikely that Casimero will be able to come up with a good game plan for him to nullify that.

“Zolani is a good boxer and tough, but second to me. I will do my best to knock him out,” said former two division wold champion Casimero.

The equally talented Casimero (28-4, 19 KOs) has the same thing in mind as Tete in wanting to take on Inoue. If Casimero wins this fight against Tete, it could be him that faces Inoue next year, and that would be the bigget fight of his 12-year pro career.

Casimero was a superb fighter  at 108 and 112, but he’s on the small side at bantamweight. To beat Tete, Casimero will need to figure out a way that he can chop him down to size. Tete will be trying to use his height and reach advantage against the Filipino slugger.

Tete comes into this fight with a 12-bout winning streak that stretches all the way back to 2013, The last time Tete lost a fight was in 2012 when he was beaten by ¾ Roberto Domingo Sosa in a 12 round split decision. That was back when Tete was still raw, and not the fighter that he is now. He’s really improved by leaps and bounds in the last seven years.

Tete also has losses to Juan Alberto Rosas in 2011 and Moruti Mthalane in 2010. The defeat to Mthalane was a 5th round knockout. That’s the only really close loss for Tete during his career. 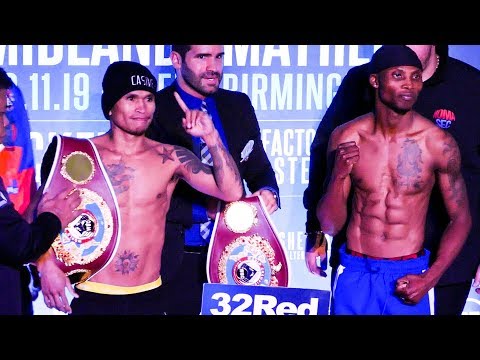 ‘”Hopefully after this defence my next fight will be Naoya Inoue,” said Tete. “If I beat Casimero that fight is a step closer. It is possible to meet Inoue next year. My promoter Mr Frank Warren will do his best to make the fight happen,” said Tete.

Other weights on the card