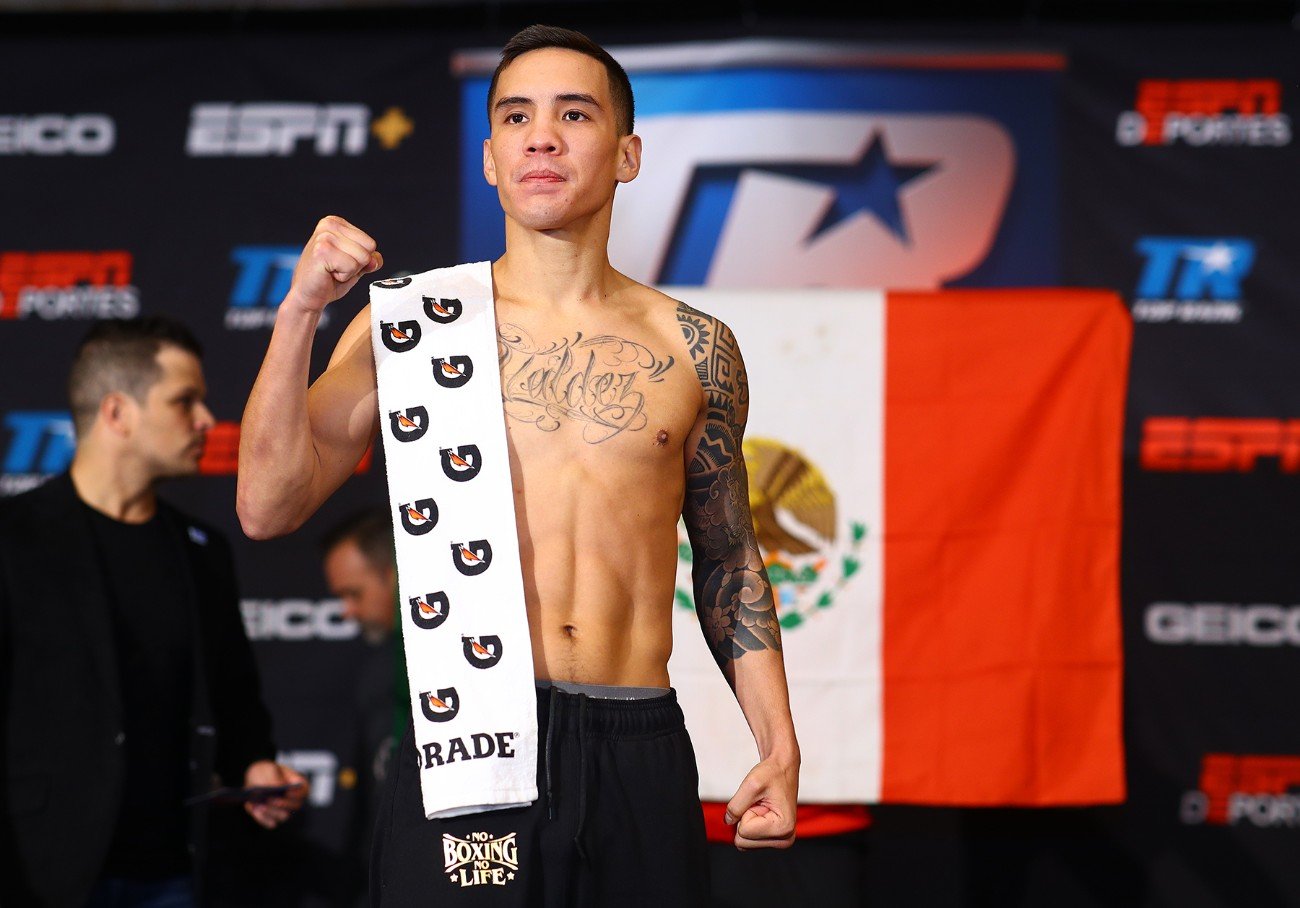 By Chris Williams: Oscar Valdez is in need of a last minute replacement opponent for his fight this Saturday after Andres Gutierrez for their previously scheduled bout on ESPN+ at the Cosmopolitan of Las Vegas, in Las Vegas.

This was supposed to be former WBO featherweight champion Valdez’s debut at 130, but Gutierrez (38-2-1, 25 KOs) weighed in 11 lbs over the super featherweight limit at an absurd 141 lbs. He’s now out of the fight, since there’s no way that Valdez could face him with that kind of a weight problem.

This is disapponting news for Valdez, 28, because this was going to be a small test to get him ready for a world title shot against WBO super featherweight champion Miguel Berchelt in his next fight.

If Top Rank finds a soft opponent for Valdez to fight, it’s still going to prepare him adequatedly for a tough match against Berchelt. Without a good step up fight for Valdez, it’ll be up to Top Rank whether they want to go ahead with a fight between him and Berchelt in the first half of 2020.

Former WBO featherweight champion Valdez’s promoters at Top Rank Boxing will need to see if they can find a replacement willing to come in on 24 hours notice to face him in a 10 round fight.  If they’re unable to find a replacement for Valdez, then the co-feature about between Carl Frampton and Tyler McCreary  will slide into the main event.

As far as Gutierrez, you can only imagine how much he would have weighed after he rehydrated on Saturday night. It’s scary to imagine how heavy Gutierrez would be, and it be like like watching a super featherweight vs. a middleweight.

Gutierrez hasn’t done this before in coming over weight. Some boxing fans on social media think Gutierrez wanted out of the fight, and this was one of doing it. If this was a mistake on Gutierrez’s part, then the only thing you can think of to explain what went wrong is perhaps his training scale was off.

Junior middleweights Carlos Adames (18-0, 14 KOs) weighed in at 153.5 lbs for his fight against Patrick Teixeira (30-1, 22 KOs). The WBO interim 154-lb title will be on the line. The winnre of this fight could be the next WBO champion, as Jaime Munguia has vacated the belt, and is moving up to middleweight.