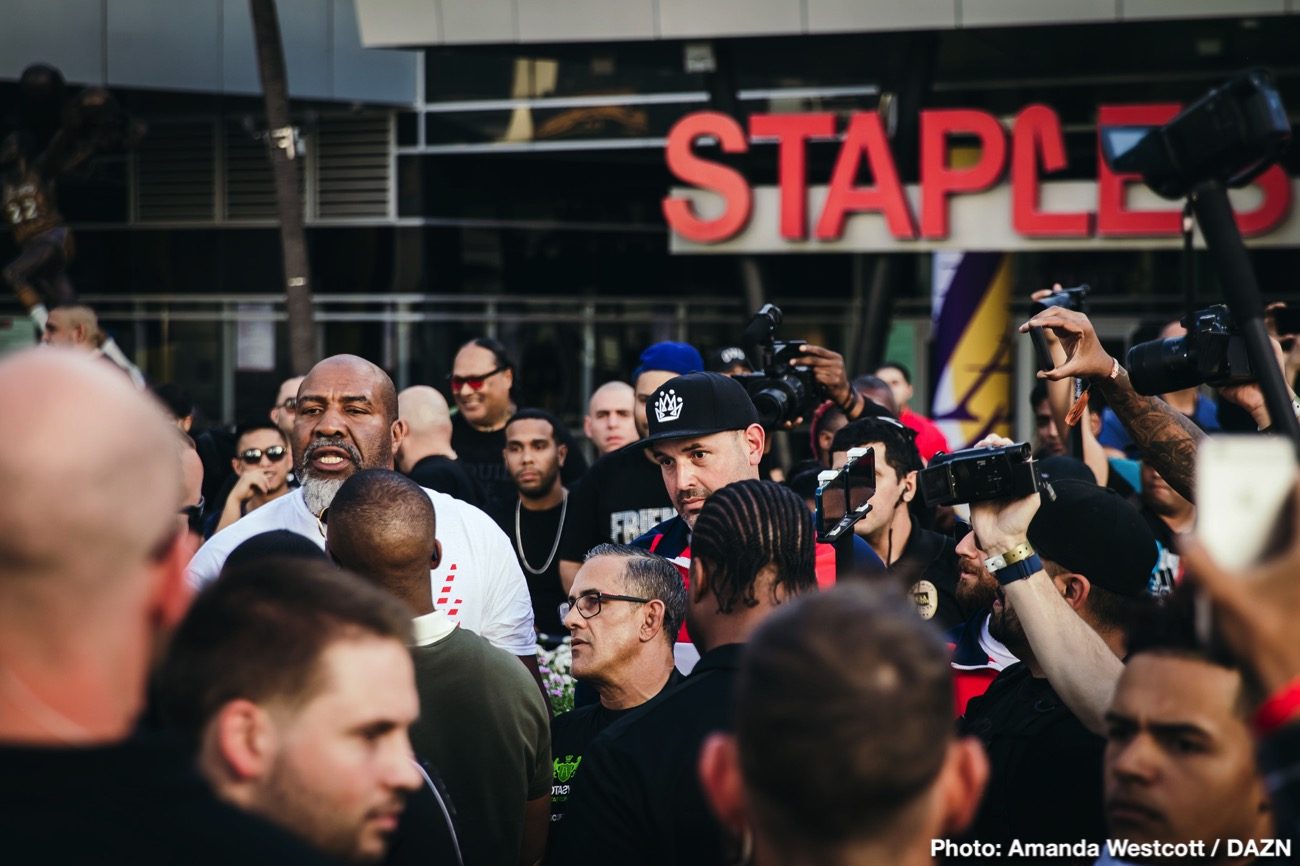 By Sean Jones: Team KSI are trying to get coach Shannon Briggs banned from working Logan Paul’s corner tonight for his celebrity match against KSI at the Staples Center in Los Angeles, California. According to Jeff Mayweather, KSI’s team are speaking to the Commission to have Briggs banned from working Paul’s corner due to his actions during an altercation during the weigh-in last Friday.

Jeff says Briggs punched Viddal Riley’s cousin in the face, and shoved Amir. It’s up to the Commission to do something about it, and it’s debatable whether they will.

Even if Briggs isn’t allowed to work Logan Paul’s corner, it’s not going to change much for the fight. Paul is on cruise control, and he’s going to be fighting all out no matter who works his corner for the fight. He’s not a highly trained professional boxer, who is capable of making a lot of adjustments in between rounds. Paul has one gear and one gear only, and that’s to go all out. The same with KSI. We’re talking about Youtubers and not highly trained boxers.

“Shannon actually punched his cousin, and he punched him in the face,’ said Jeff Mayweather to The Sportsman. “And that’s why when you see the video of Viddal was trying everything in his power to get loose to try and get at Shannon, that’s what happened.

“The one thing is this, Shannon probably won’t be in his corner tonight, because we’re trying to talk to the Commission about what he did, because it made no sense. You also see where he pushed Amir, and it’s so stupid. Everything is about him,” said Mayweather to @TheSportsman. 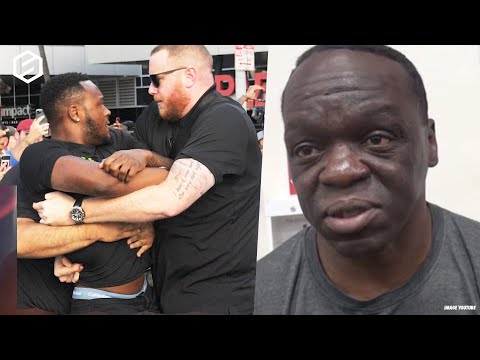 It’s going to be up to the Commission to decide whether they want to ban Briggs from Logan Paul’s corner, but it’s not going to make any difference. Paul can have anyone in his corner telling him, ‘Let’s go champ” repeatedly. The fight will play out the same way. If Paul’s stamina holds out, he’ll likely steamroll KSI. All that muscle that Paul has packed on. He looks Wladimir Klitschko. Paul has been hitting the weights hard to get ready for this fight. He might have too much power for KSI. 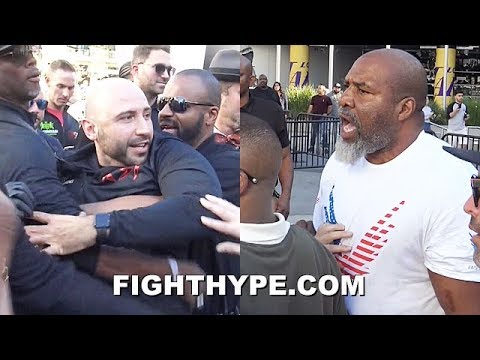 It’s unclear whether Team KSI is looking to use gamesmanship to try and throw Logan Paul off. This is a very, very different type of fight. It’s like nit picky type f match rather than a true professional boxing fight between highly talented fighters.